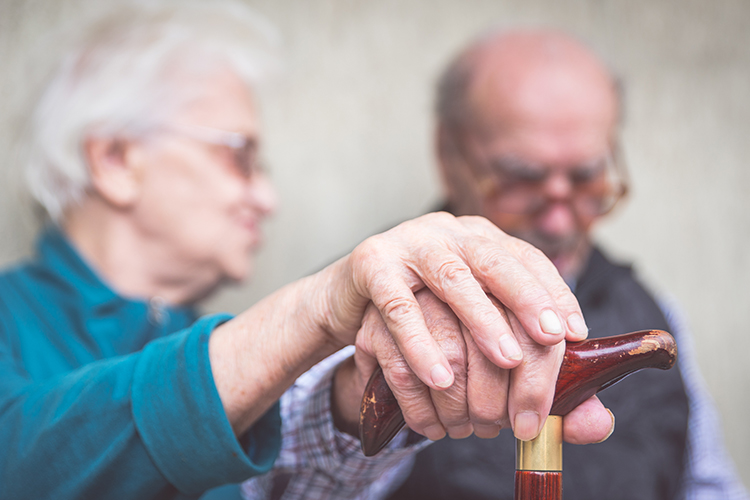 As caregivers, it can be terrifying to imagine our loved ones forgetting cherished memories or being unable to recognize those closest to them. But the possibility of older-age dementia is one we can’t afford to forget. According to a 2009 study by the Centers for Disease Control and Prevention (CDC), at least 25% of caregivers for adults over age 50 are looking after someone with cognitive impairment or dementia. This is a sobering statistic, but there is hope, too–learning about the underlying causes of dementia can help caregivers stay alert to the signs of illness and ensure that their older loved ones have the care they need in their golden years.

Often, we wonder what we could have done differently to prevent the onset of senior memory loss. But it’s important to remember that dementia can be influenced by innate factors we have little or no control over. Some of the most common types of dementia are linked with diseases or conditions that have a genetic component. Recent studies, for instance, indicate that there are genetic risk factors for developing Alzheimer’s disease, a condition which causes a slow decline in cognition.

Other causes of dementia which have been linked to genetics include Huntington’s disease, Lewy body disease and frontotemporal dementia, also known as Pick’s disease. However, it is important to remember that our genes don’t cause dementia; they merely increase the risk of developing a dementia-causing condition.

Various physical traumas like brain injury, tumors, oxygen deprivation or exposure to heavy metals can also cause dementia. Dementia pugilistica, or boxer’s dementia, is caused by repetitive trauma to the head, while post-traumatic dementia occurs after a single incident of brain injury. The dementia itself can be caused either by direct tissue damage or by swelling, infection or fluid collection.

Here’s the good news: in some of these cases, the course of mental decline can be stopped or even reversed if the problems are addressed soon enough. Caregivers can help their loved ones by being aware of the physical causes of dementia and getting help as soon as possible if there has been an accident or injury. Also, assisted living can be a great way to prevent environmental hazards while also maintaining seniors’ dignity and independence.

Besides the widely-known risk of cognitive decline associated with Alzheimer’s disease, there are several other diseases which can cause dementia.

Brain disease causes the vast majority of dementia cases, and its repercussions are far more serious. The damage from these diseases results in the destruction of brain cells integral to language, reasoning, memory, and emotion, and produces the symptoms of dementia (please see above). Most dementia cases come from four different conditions, each with its own unique issues:

There are several other brain disorders that cause dementia, though with much less frequency than those listed above. These include Huntington’s disease (a genetic disorder characterized by abnormal jerky body movements),  Parkinson’s disease (characterized by limb stiffness and stooped posture, tremor, speech impairment, and a shuffling gait), and Creutzfeldt-Jakob disease (a transmissible disease of which the human form of mad cow disease is the latest example). In addition, some infections (such as meningitis, syphilis, and even AIDS) have been known to cause dementia.

Other possible causes include:

Dementia may also stem from strokes and other conditions that damage blood vessels and prevent necessary oxygen and nutrients from reaching the brain. Called vascular dementia, this type of impairment may or may not be reversible, and often coexists with Alzheimer’s disease.

Because this is the second most common cause of dementia, caregivers should be alert to the signs of stroke and other risk factors for vascular dementia, including diabetes and high blood pressure. Seniors can also help ward off vascular dementia by maintaining a healthy heart through proper diet and exercise.

OTHER CAUSES AND RISK FACTORS

Some causes of dementia arise from conditions that are ultimately treatable. Poisoning, medication reactions, vitamin deficiencies, nutritional disorders and even chronic lung problems can cause temporary dementia. Keeping track of seniors’ overall health is key to preventing and treating such conditions. We can also help our loved ones by paying attention to risk factors that may increase the likelihood of dementia, such as alcohol abuse, high cholesterol and even depression.

Though it may seem daunting, caregivers who are vigilant about the warning signs of dementia are on the right path to providing relief for those under their care. Even if cognitive decline is unavoidable, understanding the underlying causes of dementia is an important first step to providing effective and timely support to our loved ones.

Dementia care offers catered memory care services, attention and medication mangement, often in a secure assisted living or nursing home setting. Often in later stages of dementia, it’s too difficult for a family to take care of their loved ones as they need more specialized, expert care from trained professionals. Learn more about memory and dementia care.

Retirement communities are no longer just destinations for those seniors looking to slow down. In fact, current trends suggest exactly the opposite to be true. As more than 77 million baby boomers reach retirement age, people are heading to senior communities well stocked with outdoor clubs more typical of the college than the traditional senior…

Seniors should make their wishes about medical care known in case they become incapacitated and are unable to communicate due to illness or injury. No family wants to be left guessing about their loved one’s wishes during a medical crisis. LIVING WILL VS HEALTH CARE DIRECTIVE A living will is about making your wishes known, whatever…

Charlie Powell feels like he lost his dad a long time ago. His dad who has Alzheimer’s disease, doesn’t just forget who Powell is-he sometimes becomes violent. “Once, my mom and I disabled his car so that he couldn’t drive it, and he soon realized what we’d done,” Powell, 50, says. “He rushed across the…