The Reality of Alzheimer’s Disease 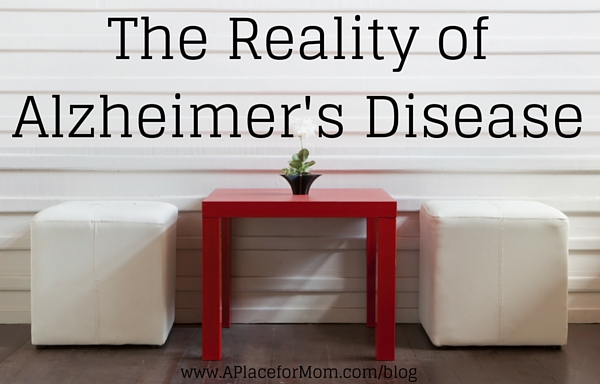 Alzheimer’s is an uncomfortable topic that has been kept quiet in mainstream culture. But with the aging baby boomer population reaching 65+ in record numbers, more information, conversations and research is being done to help find a cure for this debilitating disease.

Meryl Comer, seasoned broadcast journalist and President of the Geoffrey Beene Foundation Alzheimer’s Initiative, provides powerful insight as a caregiver and support advocate, to the reality of Alzheimer’s disease.

The Reality of Alzheimer’s: Recognizing When Something is “Off”

Comer and her husband, Harvey Gralnick, once lived in the Washington swirl of media and medicine — she as the anchor for the television debate show, “It’s Your Business,” and he as a doctor, heading up hematology and oncology research at the National Institutes of Health.

Their life changed suddenly, however, when Gralnick’s subtle behavioral changes and inconsistencies began to foreshadow that something was wrong.

“The most important thing people have to realize is at first the behavior changes and symptoms of Alzheimer’s are subtle. At age 57, my husband presented atypically and was misdiagnosed twice; once for depression and once for stress.”

Comer describes how at first, her husband couldn’t remember where to sign a check, and then lost his place in a speech to 400 other doctors.

“He was a scientist. He could pick one paper out of a stack and know exactly what it was. He was meticulous and suddenly became disorganized and began to work harder to hide things,” she says.

The early symptoms of Alzheimer’s and the first phase of the disease can be especially challenging and heart-wrenching, Comer says. During early stages, Alzheimer’s behaviors can be confused with everyday maladies, making the diagnosis difficult for families to accept — even though they suspect something is wrong.

Comer says that negotiating, rather than challenging this new reality, can be the most effective management strategy.

How Does an Alzheimer’s Diagnosis Change Your Life?

Gralnick presented atypically for Alzheimer’s at the age of 57 — he was too young, too fit and too accomplished. This made it especially challenging for Comer. “It’s not only a very irrational disease, but also very hard to take away someone’s independence. I actually had to dismantle the battery and lock away his sports car in the garage to protect other people,” she comments. But you must be pre-emptive so they don’t endanger themselves and others. Let the doctor make the call that it’s time to turn over the keys to the car, otherwise you become the victim of your loved one’s rage.”

Comer chose to take precautions and put up signs around the house to help her husband as he progressed through the Alzheimer’s journey. “If you go back almost 20 years, Alzheimer’s was not a public topic of conversation. The diagnosis envelops you like a dark cloud. You feel helpless and alone. No one is prepared to be handed a diagnosis for which there is no cure. Alzheimer’s rob the patient and his family of a future.”

She was forced to leave her career to care for her husband and she worries it’s a fate awaiting many women currently in the workforce. The diagnosis changed her life forever. Comer says that:

“Alzheimer’s presents a dependency and intensity of care that no one anticipates. The well spouse is the anchor for the spouse that is sick; they follow you around everywhere. You’re their surrogate. It’s like having a shadow.”

The Future of Alzheimer’s

Comer was recruited by Geoffrey Beene Foundation trustee, Tom Hutton, to design and lead an Alzheimer’s Initiative  using the lens of her advocacy around early diagnosis to mirror the cutting-edge research at the Geoffrey Beene Cancer Research Center at Memorial Sloan Kettering. She says she was proud to join a company because 100% of the net profits of this international designer menswear brand fund critical causes.

“I needed to flip the pain and refocus on making certain my experience wasn’t repeated by other families. Our baby boomer generation needs to take on the challenge of curing Alzheimer’s as a legacy issue. I don’t want my son taking care of me the way I have taken care of my husband and now my mother; it destroys relationships. The pain of Alzheimer’s is that you watch someone disappear in slow motion. It happens before your eyes — the loss of dignity, independence, and the very essence of who they were as a human being.”

Comer believes that the future of Alzheimer’s and those affected by the disease relies on three factors:

1. The Importance of Early Diagnosis

Comer has set the focus of the Geoffrey Beene Foundation Alzheimer’s Initiative around early diagnosis. “This is the biggest women’s issue since breast cancer. We outlive men statistically and we’re more prone to get it, though researchers don’t know why. Not only that, but women across ethnicities are the primary caregivers. With the baby boom generation turning 65, there’s an epidemic headed our way. This will be especially hard for those in the sandwich generation.”

“People are turning age 65 at the rate of 10,000 a day,” says Comer. “Women who fought hard to get into the work place will now be forced out to take care of loved ones with this disease.” She believes baby boomers need to sign up for  prevention trials to help accelerate research to find a disease modifying drug.  It is a difficult conversation because poll results show that baby boomers, as a generation, like to believe they’re “ageless.”

Comer has been especially frustrated with how Alzheimer’s has been covered in the media. “It is devastation glossed over. One out of three Americans are impacted in some way by Alzheimer’s, but they don’t want the details. Alzheimer’s is not about a little old lady who forgets her address,” says Comer. “In reality, it’s the cruelest of diseases.” It really has only been in the past 10 years that the public awareness of Alzheimer’s discussion has begun, even though Alzheimer’s care costs $200 billion each year, according to the Alzheimer’s Association.

“We need to wage a war on Alzheimer’s, just as we did with cancer,” says Comer. “We need options around the disease. Baby boomers need to say the disease is unacceptable for our future,” and help reduce the stigma of Alzheimer’s.

Comer realized she had post-traumatic stress after having been hyper vigilant for 18 years. Not only that, but hers and my other caregivers’ circadian rhythms get thrown off when dealing with Sundowner’s Syndrome in loved ones. If Alzheimer’s research could just get a little further — many of these problems could be avoided, she says.

“Nothing prepares you for this disease. No one is prepared for the isolation. Friends disappear because the person they knew is no longer there. The caregiver gets trapped with the patient. It is very lonely and isolating,” notes Comer. Support groups don’t work for everyone — either because they are not age appropriate or because  the cost to replace yourself for time away from the patient is prohibitive. It’s really a double-edged sword,” she conveys.

However, being an advocate has helped Comer.

“You have to shift the paradigm of defeat by ‘flipping the pain.’ Alzheimer’s disease is going to win. It will take my husband, but it will not take me. I’m going to fight for the next generation.”

Meryl Comer is an Emmy award-winning reporter, producer, moderator and talk show host with more than 30 years of broadcast journalism experience.  She was among the first female broadcasters to specialize in business news as it relates to public policy.  She is President of the Geoffrey Beene Foundation Alzheimer’s Initiative and organized Rock Stars of Science initiative.

Comer has spent the past 16 years as the at-home caregiver for her physician/researcher husband who was diagnosed with early-onset Alzheimer’s disease at the age of 58.

What are your thoughts about the untold reality of Alzheimer’s? What about the reality of the disease do you want others to know? Share your stories in the comments below.