8 States With The Most Affordable Assisted Living

We hear a lot about affordable assisted living, but what about medical and hospital costs? New data on hospital costs released by the government reveals wild variations in price for the same medical procedure by hospitals located within blocks of each other. 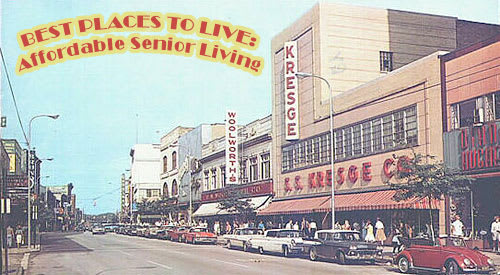 When it comes to researching the most affordable locations for retirement, one of the first things most people look at is the cost of assisted living or other senior housing costs. But there’s another critical financial consideration that could have a major impact on senior living decisions: the cost of medical care and hospital charges. Just like the cost of assisted living varies greatly from state to state, the amount hospitals charge for medical procedures can fluctuate, sometimes by hundreds of thousands of dollars.

Last week, the federal government released data detailing the prices for 100 common inpatient procedures at more than 3,000 U.S. hospitals, and the variation in cost between hospitals — sometimes within the very same city — showed incredibly wild swings in price. For consumers who have most of their costs covered by insurance, this might not be an issue. But for those who are uninsured, or whose insurance companies require that they pay a portion of the costs for hospital procedures, this might mean vast differences in what a person is actually charged.

Not only that, it opens up the potential for major confusion by consumers. In an article on Marketplace.org, University of Pittsburgh professor of medicine Ateev Mehrotra, says the problem of disparate hospital charges is systemic and ongoing: the relationship of the charges to what customers are actually billed by the hospital is almost unbelievably convoluted.

“The charges make it extremely difficult to shop for care because the numbers being provided to the patient don’t make any sense,” says Mehrotra. This latest release of data means increased transparency in the field of health care costs; many health care professionals and consumer advocates hope this will lead to positive change, and perhaps to more standardization of medical costs. And for our readers who are in the process of researching the ideal senior housing situation for their parents, this information can provide a starting point for more in-depth questions about the quality of care received at different facilities — in other words, what you get in return versus the amount the hospital charges.

States with the Most Affordable Assisted Living and Healthcare

According to A Place For Mom’s Cost of Senior Care Survey, the eight most affordable states for assisted living — based on the average cost of a one-bedroom apartment — were, in order of least to most expensive, Montana, South Dakota, Idaho, Oklahoma, Mississippi, North Dakota, Indiana and Tennessee. The plains and southern states come up big in terms of housing affordability, but how do they measure up with respect to hospital charges? Below is a chart showing the average cost of an assisted living apartment for the top eight most affordable states, as well as the cost for a common senior surgical procedure: major lower joint replacement, which has a national average cost of $50,130. Here, the more northern states come up big — or small, that is, in terms of cost.

Montana, the Dakotas and Idaho — out of our top states for assisted living, these four also offer high value in terms of what hospitals charge on average for joint replacement surgery. To find out more about what providers charge for other common hospitalization costs, check the interactive graphic at Washington Post. Costs vary widely for different types of procedures, so if you’re comparing prices, you’ll want to look at those procedures that your senior parent is likely to need.

Do you think the newly released data is likely to change your opinion about where your senior loved ones should live? Share your thoughts with us in the comments below.