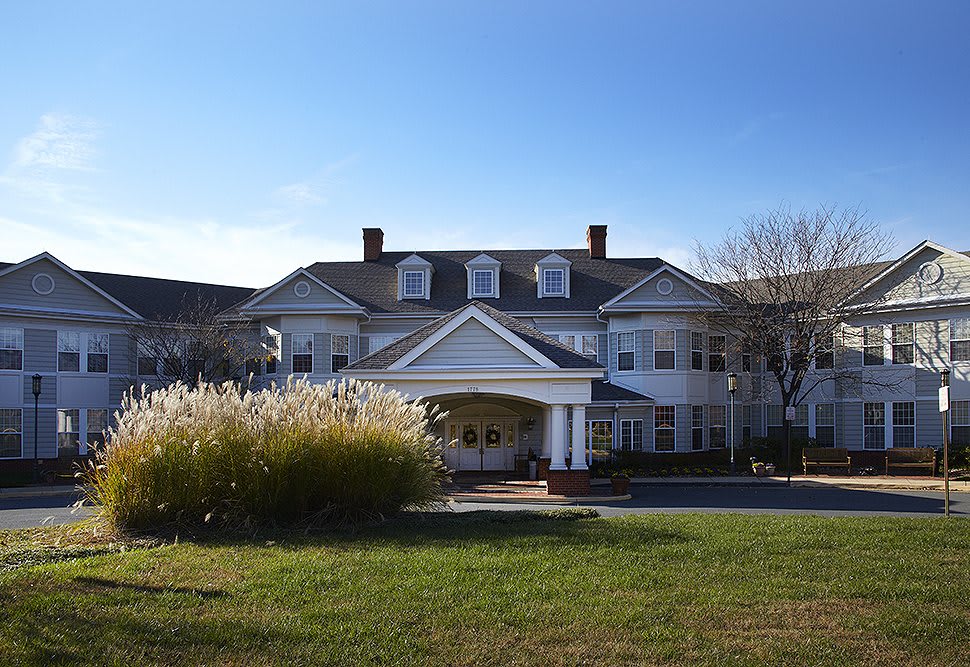 In elegant, residential environments, we deliver the finest in senior care, and are recognized internationally for both quality and innovation. Guided by our Principles of Service, Sunrise affords families peace-of-mind by providing today's seniors with a range of personalized assisted living services. From assistance with activities of daily living such as eating, bathing, dressing to medication monitoring, Sunrise provides residents with the help they need. Residents maintain the same privacy in their new home as they enjoyed in their own home. At Sunrise, we encourage residents to challenge themselves while offering the assistance they need. We encourage family and friends to be involved, to visit frequently, and to invite residents on outings to community events. This innovative approach to senior care is designed to maintain independence and dignity, yet is balanced with the comfort and security that comes from knowing experienced help is close at hand.

Add a review
Verified Review
A Place For Mom has verified the person writing the review and their connection to the community
1-3 of 21 reviews
Next Reviews Page
May 26, 2015

The facility is nice and clean with larger rooms with big windows. It is located near the hospital and many doctor offices. the staff is very and knowledgeable.

Reviewed on A Place For Mom
February 6, 2016
Paula - My loved one(s) live(s) or lived in this community
Frustrated

My mother was in the Reston Sunrise for 2 1/2 weeks and it was not a good experience for her or myself. There were few if any activities for residents that are alert and would enjoy some stimulation. In fact, there was nothing offered and when you walk into the building you see many residents just sitting there. The ones who are capable of doing things are usually in their rooms watching tv because there is nothing for them.for them. My mother who had moved from a Sunrise in NJ , where she was very happy was extremely unhappy. She has since left Reston and now resides in the Fair Oaks Sunrise where she has been for the last 2 weeks and is very happy. When I received my final bill, there were some things that I did not understand. Maria [removed] was called into the sales office and told me that we were accidentally billed for Living Plus 3 which simply means that the resident receives assistance for showering, getting dressed and using the facilities. She acknowledged that this was a mistake and would be taken off the bill. When I received the corrected copy, it had not been taken off. I then spoke to Kara Le who is in charge of billing and was told that she could not take it off without Maria's approval. After 4 days of calling and leaving voice mails, she once tried to returned my call, but unfortunately my phone put her directly to my voice mail. On two occasions I called at least 5 times, after 4 days of frustration, on Thursday 2/4 I went there and once again she could not be located in the building. Jean, the Wellness woman on the third floor tried to tell me that my mom had received Living Plus 3 assistance, which was not true and confirmed by the Fair Oaks Sunrise where she does not receive that help. I told Janet in the Sales office that all I wanted to do was to pay my bill, but no one was willing to assist me. Eventually, Kara did take off all the incorrect charges and I paid my bill. I am so relieved that my mom is out of there and that I do not have to deal with them again. Maria [removed], does not do her job correctly and has no skills at relating to people and avoids dealing with any problems that may occur. No one in the building could even locate her when I called. This was an extremely frustrating experience dealing with most of the people at the Reston Sunrise. Janet in sales and Amber in the main office were the two exceptions in my experience at Reston.

Thank you for your review. We take all concerns seriously and we are sorry to hear you that you have not been pleased with your experience at Sunrise. We'd like to learn more, please email us at Information (at) SunriseSeniorLiving (dot) com. Thank you, Sunrise Team.

Very nice facility--great location. The staff has been very helpful as we are moving in.

How do other families rate Sunrise At Reston Town Center?

Sunrise At Reston Town Center has received an average review rating of 3.33 based on 5 reviews. See all reviews.