How to Reconnect with Family Who Have Drifted Away 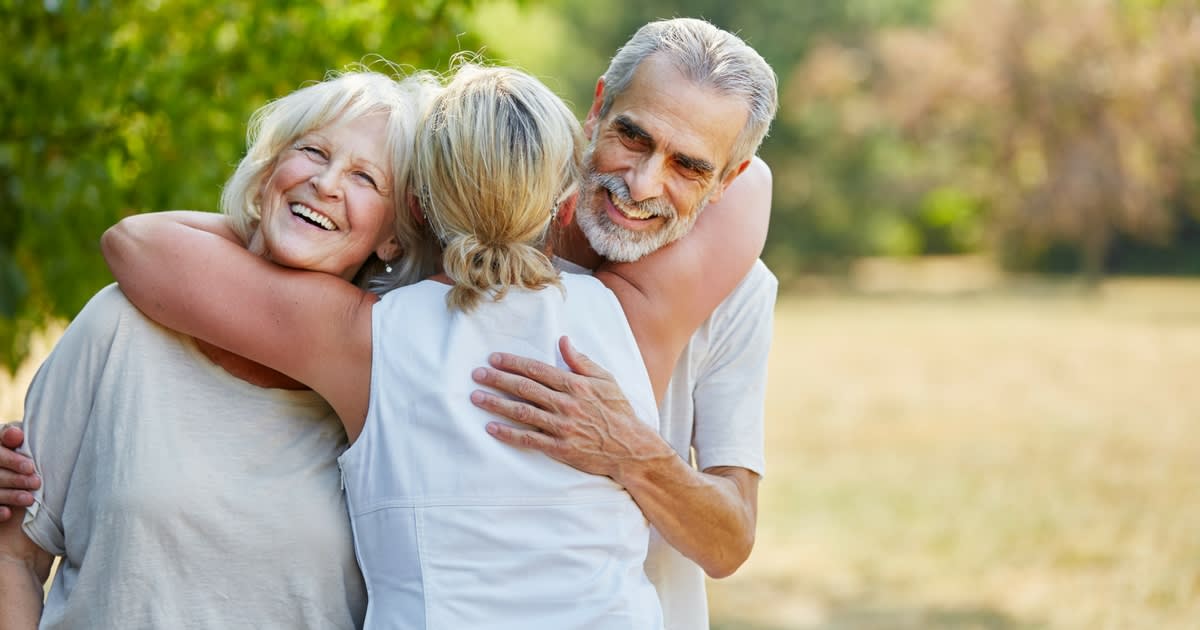 A mother, let’s call her “Carol,” had been estranged from her son for two decades when she found herself in her mid-60s, dying of advanced lung cancer and desperate to reconnect. She wanted to die in peace knowing her son would live on, content with her memory.

Carol’s story is one of tens of thousands of older adults who have found themselves estranged from their adult children. Online forums teem with these stories. Therapists make a living off them. There are books written about it, including one by psychologist Joshua Coleman who dubbed adult estrangement, “a silent epidemic.” Read more about adult estrangement and learn how to reconnect with family who have drifted away.

How to Reconnect with Family

Estrangement from children can hit the elderly especially hard. It’s in the last decades of life when one needs support the most. Illness, loss of income, loss of mobility – all of these things are stressful on their own and even more stressful when you don’t have children to help you sort them out.

Then there are the regrets that come with looking back on the years lost and looking ahead to one’s legacy. “How will I be remembered?” “Who will remember me?”

For adult children, there can be regrets if a parent dies before peace has been made and past issues resolved.

So how do you go about reconnecting with a family member who’s been lost to you?

Here are some tips that may help:

1. Understand What Caused the Estrangement

American psychiatrist Murray Bowen famously coined the term, “emotional cutoff.” It’s a natural way people cope with the anxiety caused from toxic or unresolved issues with a family member or members. Instead of working to fix the issue that causes anxiety, they cut off the family member physically and emotionally, sometimes even moving far away from them.

The first step in reconnecting with someone is to understand what happened to cause distance. Was there a big fight and no one apologized? Was it a series of small slights over time that built up until someone erupted? Perhaps it was a single act of betrayal that simply hasn’t been forgiven.

If you’ve been left in the dark, you can reach out and ask. Or ask someone else who may know.

2. Know the Difference Between a Toxic Relationship vs. Situational Incident

Experts say there are two typical situations in estrangement cases: toxic relationships and unsolved issues that have yet to be worked through.

If a relationship is toxic because of abuse, addiction, betrayal,  criminal behaviors, mental illness or religious beliefs, it may healthier for someone to leave the relationship than continue it. They put up boundaries because they must maintain their sanity.

Others emotionally cut off family members because of an incident or a situation that they never worked through, or “processed,” as therapists like to call it.

Taking the time to work out the issues that caused the estrangement can be crucial. In the case of a toxic relationship, you’ll have more work to do. For example, if it’s a drinking or drug problem, you need to get help to stop. If it’s mental illness, you need to get medication and therapy. If it’s issues with a family member’s lifestyle choice, you need to come to terms with it.

If it was an incident that caused the breakdown, it is important to accept your part of the responsibility for it. You can do this with the help of a therapist or from talking with friends or other family members.

As the person who wants to heal a relationship, you’ll need to initiate contact or have an intermediary do it for you. You can do this via email or by letter.

It’s important not to assign blame or to make demands in your correspondence. Instead, clearly explain why you are getting in touch.

5. Understand The Importance of Listening

In the case of reconciliation, it’s important to let the person who feels slighted vent. Your job is to try to understand why they are hurt. It’s best not to get defensive and instead listen, rather than do most of the talking.

People create boundaries as a way to protect themselves. It’s important to honor those boundaries even if you don’t agree with them. For example, if your child is not willing to meet in person, but is open to a phone conversation, accept it. If your child has invited you to attend the wedding of a family member, but doesn’t want you included in pictures, accept it.

A heartfelt apology is necessary.

“Although an apology is not always the golden key to reunification, without one it is nearly impossible for two people to come back together,” says Susanne Babbel, Ph.D. in Psychology Today.

A genuine apology acknowledges what you’re apologizing for. For example, “I’m sorry I reacted the way I did when you told me you were gay.” Or, “I’m sorry I wasn’t there for you when you needed me.” Or, “I was wrong not to get help for my drinking problem sooner. I’m so sorry.”

Laura Davis, author of “I Thought We’d Never Speak Again,” spoke to hundreds of people who had been estranged from family members. She learned that there are no hard and fast rules for fixing relationships, even those that seem beyond repair.

For example, she assumed reconciliation had to happen slowly. But some people met once and all was fine. She thought both parties had to talk openly about the issues that tore them apart. But some people resolved their issues by purposely not talking about them. She assumed families of incest could only heal if the perpetrator (or the family members who ignored the abuse) took responsibility. But she was wrong there, too.

All of this is to say families were able to heal in their own special ways.

According to Davis in her book, there are typically four possible outcomes one might expect when attempting to reconcile with another person:

My friend had been the mediator, working to bring Carol and her son together for one last attempt at reconciliation… and it worked. Sort of. They agreed to talk. The mother apologized profusely and the son accepted her apology. But he was unable to hug her, a slight that the mother holds on to. The two remain in touch and the son has agreed to take her ashes when she dies and spread them in her favorite place.

It’s not all that Carol wanted, but it is something.

How did you reconnect with family who had drifted away? We’d like to hear your stories and see any suggestions you may have in the comments below.