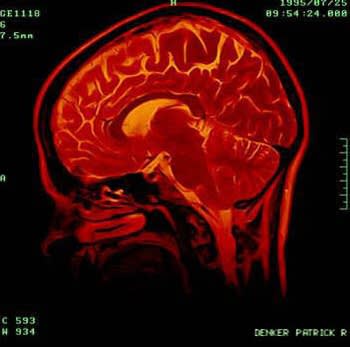 November is Alzheimer’s Awareness Month, and the perfect time to look at the latest major developments in the illness that affects so many older Americans and their families. Learn more.

Alzheimer’s disease is a cruel illness that gradually transforms our loved ones into shadows of their former selves. It’s also a serious threat to public health as the sixth leading cause of death in America, and it will continue to rise as seniors become one of the largest shares of our population. Memory care communities and Alzheimer’s awareness continues to grow, but in January 2011, Alzheimer’s research made its way to the forefront of public policy, when President Obama signed the National Alzheimer’s Project Act, which outlined five goals, including the development of effective treatment strategies by 2025.

Here are some of the latest major developments in Alzheimer’s research:

Currently, PET scans are not practical for screening large numbers of people, so researchers have also pursued methods of detecting beta-amyloid plaques with blood tests. Last year, the Journal of the American Medical Association found that blood tests can indeed predict cognitive decline. Although somewhat counter-intuitive, they discovered that low amounts of beta-amyloid in the blood were linked to memory loss. The blood test is not quite ready for widespread use and is currently being evaluated by the FDA according to an article published by the University of California, San Francisco.

Potential Impact: This research could lead to easy and practical Alzheimer’s testing that could be done without advanced equipment at any doctor’s office.

A study published in Nature Genetics in April 2011 identified five genes linked to Alzheimer’s, which increase the likelihood of developing the illness by up to 15%. There are now 10 genes known to contribute to the disease. While knowledge of these genes will give scientists more insight into the genetic component of Alzheimer’s, a gene discovered in 1995 called APOE is more closely linked to developing Alzheimer’s. Having the gene increases the likelihood of developing the disease between 400-1000%, depending on whether it’s inherited from one parent or both parents.

3. January 2012: Insulin as an Alzheimer’s Treatment

Potential Impact: Possible therapeutic use; as soon as Alzheimer’s is diagnosed, insulin treatments could start.

4. February 2012: Researchers Learn How Alzheimer’s Spreads Within the Brain

Research published in online medical journal Plos One in February 2012, found that tau-cells which contribute to Alzheimer’s, spread from cell to cell through the brain much like a virus. This put to rest a longstanding debate about how Alzheimer’s spreads within the brain, and could lead to treatment strategies to halt the illness.

Possible Impact: Having a clear understanding of how Alzheimer’s spreads throughout the brain could one day lead to new medicines to halt its progression.

MIT Technology Review reported in April 2012 that the Food and Drug Administration approved a process to diagnose Alzheimer’s. Patients are given a radioactive dye (within safe and acceptable levels) which sticks to the beta-amyloid plaques that caused Alzheimer’s. This allows the plaques to be easily seen with a PET scan — enabling physicians to diagnose the illness effectively for the first time. For example, until recently, only post-mortem examination could determine for certain whether someone had Alzheimer’s.

Potential Impact: Early and definitive detection may allow patients to begin treatment before the disease has progressed too far for it to make a difference.

Genes aren’t limited to a malevolent role in Alzheimer’s disease. The July 2012 edition of Nature published a study that found a genetic mutation, possessed by about 1/100 people, which protects against Alzheimer’s and other cognitive decline — even when they possess genes strongly linked to Alzheimer’s, like APOE.

Potential Impact: Could lead to new treatments, and in the long term, potentially even gene therapy for Alzheimer’s.

Research published in November 2012’s Cell Reports indicates that deactivating an enzyme called Monoacylglycerol lipase (MAGL) “robustly suppresses” beta-amyloid plaques in the brain. This is the first study recognizing MAGL as a potential “treatment target” and could lead to therapies to treat and prevent Alzheimer’s.

Potential Impact: This research could lead to new medicines that could halt Alzheimer’s in its tracks, or even potentially reverse its course.

A recent study conducted by Washington State University and published in the Journal of Pharmacology and Experimental Therapeutic involving scopolamine, an active compound found in plants such as Jimsonweed and Angels Trumpet. According to the study, animal research has consistently demonstrated memory-improving  effects, although human trials have not yet begun. Scopolamine has been long known to the medical community, but is only now becoming a focus of Alzheimer’s research.

Potential Impact: Scopolamine or a similar molecule in the same chemical family (an analogue) could one day be used to treat not only Alzheimer’s, but  other neurological disorders such as Parkinson’s disease.

Which Alzheimer’s research are you or a loved one most interested in? Please share your thoughts with us in the comments below.