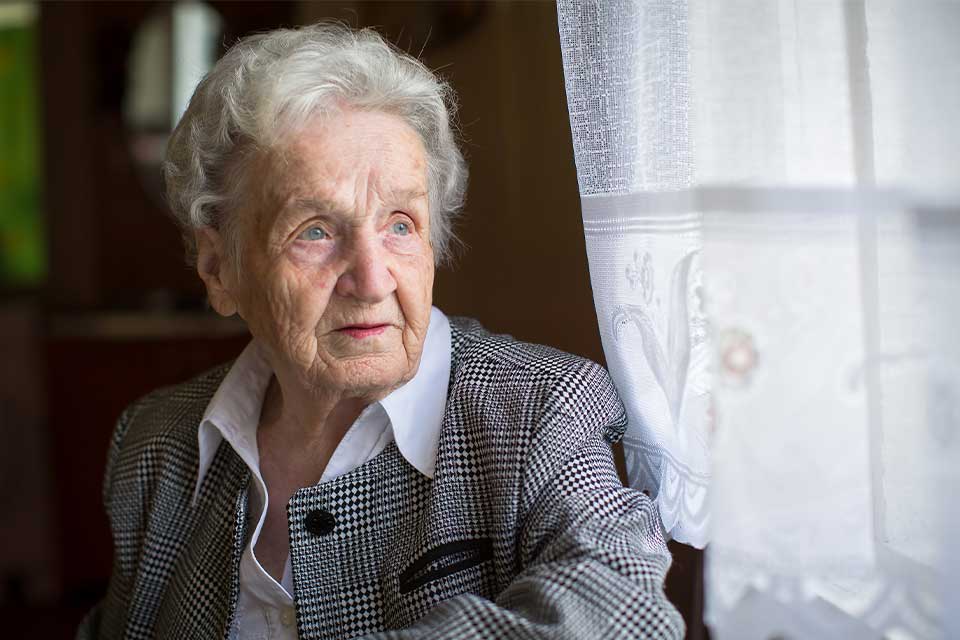 Dementia is a general term for a decline in cognitive function. People with dementia may have problems with memory, language, thinking, problem solving, and other functions that affect daily living.

Dementia is not a normal part of aging. Certain disorders cause changes in the brain that trigger the symptoms associated with dementia. Alzheimer’s disease is the most common cause of dementia, accounting for up to 80% of senior dementia cases.

What are the signs and symptoms of dementia in the elderly?

Occasional forgetfulness is normal, but persistent memory loss that continues to worsen warrants a visit to the doctor. People with dementia rarely complain of memory loss or other problems associated with cognitive impairment. It’s much more common for family members and friends to notice signs and symptoms of dementia before their loved one does.

Talk to your parent’s doctor if you notice any of these signs and symptoms:

Dementia is often progressive. This means that signs and symptoms of dementia continue to get worse over time.

Dementia is caused by diseases that affect the brain and damage brain cells. In people with dementia, brain cells gradually lose the capacity to communicate with each other appropriately. This affects thinking, behavior, and feelings.

There are several common causes — sometimes called types — of dementia.

Who’s at risk for dementia?

Older adults and people who have a family history of dementia are at increased risk. Age is the main risk factor for dementia and specifically Alzheimer’s disease. The risk of dementia increases with age and doubles every 10 years after age 60. In fact, nearly 85% of dementia cases occur in people 75 or older.

Family history is another key risk factor for dementia associated with Alzheimer’s disease and frontotemporal dementia. The risk doubles for people with a parent diagnosed with dementia before the age of 80.

However, researchers now believe there are other factors that increase the risk of dementia, and there are things you can do to help influence them. These factors include:

How is dementia diagnosed?

No single test can solely and conclusively diagnose dementia. Doctors rely on various tools and tests to eliminate factors that may be contributing to memory loss and other dementia symptoms.

The doctor will review your parent’s medical and family history. They will also perform a physical exam and may ask for laboratory tests.

Bring a complete list of all medications your parent takes to the appointment. The doctor will want to review it to look for possible side effects or drug interactions that may be causing your loved one’s symptoms. Several medications can affect cognitive function, including certain antidepressants, cholesterol-lowering medications, and sleeping aids.

Some ways the doctor may check for dementia include:

Your parent may also need to have brain scans. An MRI can look for signs of a stroke or tumor. A PET scan can check for proteins in the brain that may indicate Alzheimer’s disease.

The thought your loved one may have dementia can be scary, but it’s important to get them checked.  Many treatable conditions can also cause memory loss, including side effects of medications, thyroid issues, nutritional deficiencies, and infections.

What to expect after a dementia diagnosis

Dealing with a diagnosis of dementia can be stressful, overwhelming, and devastating. Seeking dementia information and learning about what to expect can help you get the support you need and plan to provide adequate care for your loved one.

As dementia progresses, your loved one may have difficulty performing simple tasks such as bathing, dressing, or using the toilet. They may demonstrate poor judgment as they become more disoriented. While some dementia behaviors may be as harmless as wearing inappropriate clothing for the current weather, others could be more serious.

It’s important to understand how you can keep your loved one safe. Certain medications can help with symptoms. Learning how to cope and manage dementia behaviors may improve quality of life.

If you need support planning for future dementia care or caring for a loved one with dementia, contact our Senior Living Advisors. Memory care communities include 24-hour supervision to prevent wandering, help with activities of daily living, and provide meal services and health care as needed.

National Institute on Aging. “What is dementia? Symptoms, types, and diagnosis.” https://www.nia.nih.gov/health/what-dementia-symptoms-types-and-diagnosis.

Author
Angelike Gaunt
Sign up for our newsletter
Get insights and articles in your inbox.