The Lodge at Natchez Trace 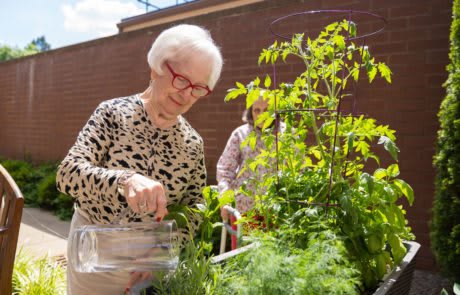 The Lodge at Natchez Trace is an assisted living community nestled in a small and private neighborhood in Nashville, Davidson County, Tennessee. Our location is both easily accessible and surrounded by beautiful parks and greenery, providing the comfort and peace of country living.

The Lodge is proud to offer a wide array of activities and assistance for our residents, provided by our skilled caregiving staff and a number of nurses and nursing assistants. In addition to the engaging and stimulating environment, the Lodge provides a separate neighborhood for extended memory care services for residents living with Alzheimer's, dementia, and the associated memory loss and impairment. The care provided at the Lodge emphasizes independence, dignity, and quality of life above all else.

These are just some of the Lodge's many amenities, services, and features:

Pricing at The Lodge at Natchez Trace

Reviews of The Lodge at Natchez Trace

It is a reasonably priced, reasonably caring, and reasonably acceptable place to put your loved one. The food quality varied. The room size and layout of the community was good. Outdoor space was limited. Staff had a range of abilities and concern, in general the staff was more than acceptable. Certain members of the staff were above and beyond excellent. The management was very good.

Disappointed with the wrong turn

I have family here. This business has taken a negative turn and care has gone down significantly. Employees are not happy. Many say they are unhappy and looking to work somewhere else. Employees and other families say that the Nursing Director has checked out. Many family members and residents never see the new Executive Director. Disappointed.

Community Details at The Lodge at Natchez Trace

Senior Housing Types Provided at The Lodge at Natchez Trace

The Village at Bellevue

The Hearth at Franklin

Other Senior Housing in Nashville, TN