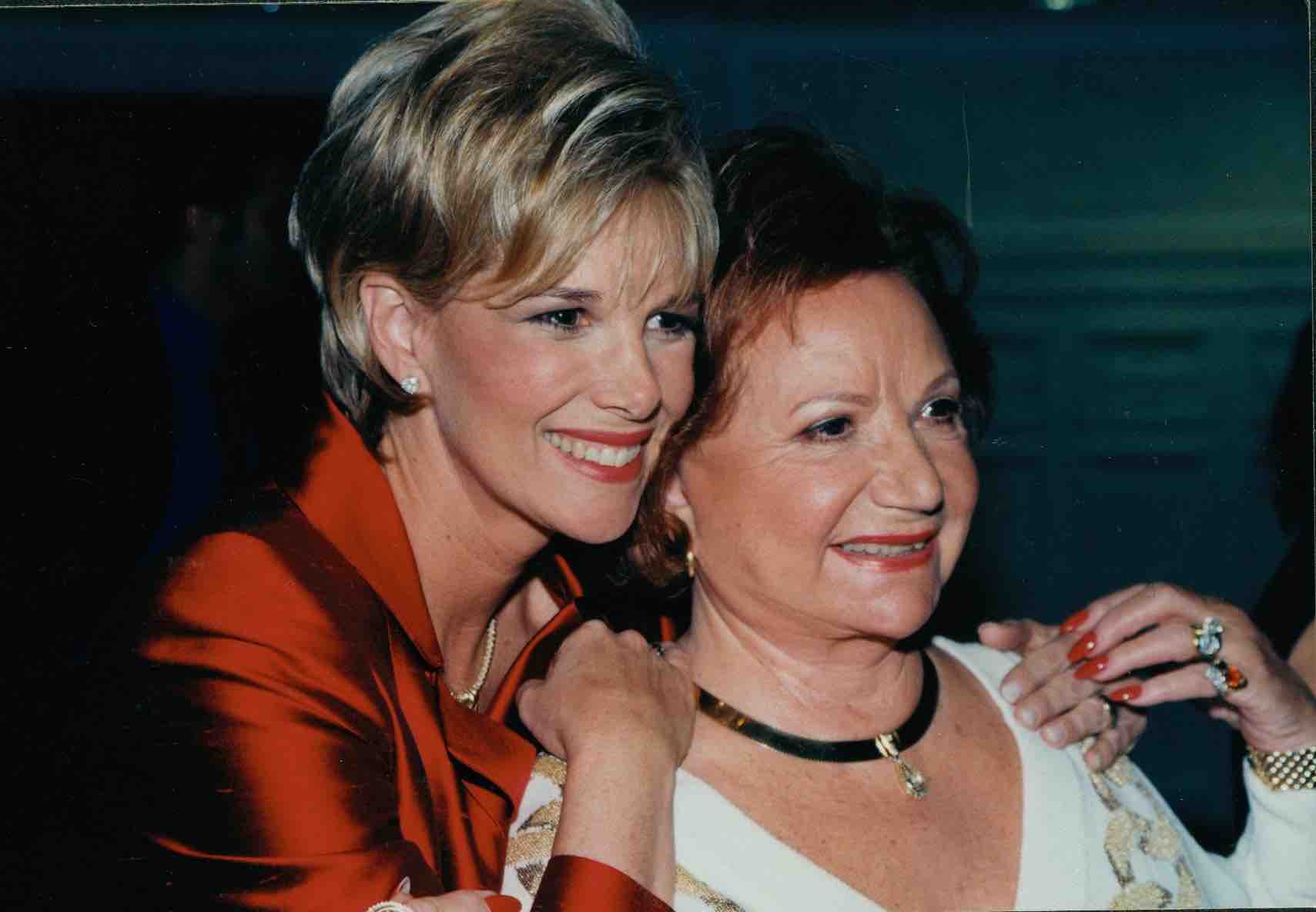 We talked with A Place for Mom’s spokesperson Joan Lunden, author of “Why Did I Come Into This Room? A Candid Conversation About Aging,” about her mom’s shooting-star quality, the strange transition to parenting your parent, and her one regret.

My mom was a fireball! She loved life. She lived it fully. She was almost effervescent. I remember one family friend said, “Your mom was like a shooting star. When she would come into a room, her face would light up with this exuberant smile. She would be so excited, and as she left it was like part of her was still in the room.” I just thought that was such a wonderful description.

What did you learn from your mom?

We lost my dad in a plane accident when I was only 13 years old. My mom was only 41. During that time, I watched my mom … and I learned a lot.

I learned how to have resilience in the face of adversity. My mom kept our lives as normal as possible. She had to deal with her pain and sorrow, but she always wanted to come back to us as the strong, positive mom she knew we needed. I saw how she picked up the pieces and moved forward.

Also, both my mom and dad constantly gave us positive affirmations. “You can do anything you want. Just set your sights high, don’t ever set them low or you’re bound to reach them. Hitch your wagon to a star,” my mom used to say.

What was it like when your mom needed care?

When you have a parent that suddenly needs to be cared for, it feels so strange. I think everybody should recognize this.

We go through transitions in life. You transition from a kid with everybody taking care of you and then all of the sudden, you’re living on your own, you have to take care of yourself — but it’s a natural transition. You’re anticipating it. You expect it.

Then you’re living by yourself, you’re in the dorm or apartment. And when you get married, you transition to living with someone else! But still, it’s a natural life transition that you expect.

Next, you have kids … again, it’s natural.

However, when the day comes that you become the parent to your parent — that just doesn’t feel normal. You’ve lived an entire life as the kid in the relationship. Your parent is the one that always gave you the answers. All of the sudden, it’s the other way around.

It has to be the strangest transition that any of us go through. And it’s hard for us to get used to it. In the beginning, it felt out of character to tell my mom what to wear, help her get dressed and remind her where we were going. And it was sad not to not be able to call her with questions or to share the news of the day.

My brother had type 2 diabetes and all the complications that could go with it. Plus, he was a smoker and those two things just don’t go together. They were living in separate condos and I was taking care of the finances for both. I was in my early 30s, living in New York and they were in California. I finally got smart and realized they should move in together.

The best thing about this move is that they now had company. They became roommates — they cared for each other. Whenever one was sick, the other one was there. They cooked together, they watched TV together. They talked about the world … it was the best thing I ever did.

But, I have one regret with my mom.

What is your regret?

My brother’s type 2 diabetes became unmanageable. He got to the point where he was hardly coming out of his room. It left my mom alone and she became somewhat of a recluse. My mom’s friends would call me to say, “Joni, I stopped by and your mom’s not even getting dressed. She was in her pajamas.” My mom had lost her sense of purpose!

That really upset me because my mom was always fastidious and had always been filled with exuberance. She was always “Glizy Glady!” She had this beautiful red hair and she’d always have her makeup on. Seeing her start to decline was so upsetting.

We had often discussed how wonderful it would be if she were living in an active senior living community where most of her friends now lived. We had visited them on many occasions. Some were similar in age to her — many of them younger than her. They were playing bridge and having a good time. They made trips together to the mall, to restaurants, and to see movies.

My regret is that I did not get my mom into an active senior community like that when she still could have enjoyed life. It would have kept her mental capacity at its peak. She probably would have been much more physically active. Those gals went out and took walks. It would have prolonged her life, I think. But more than that, it would’ve made her later years much, much more enjoyable.