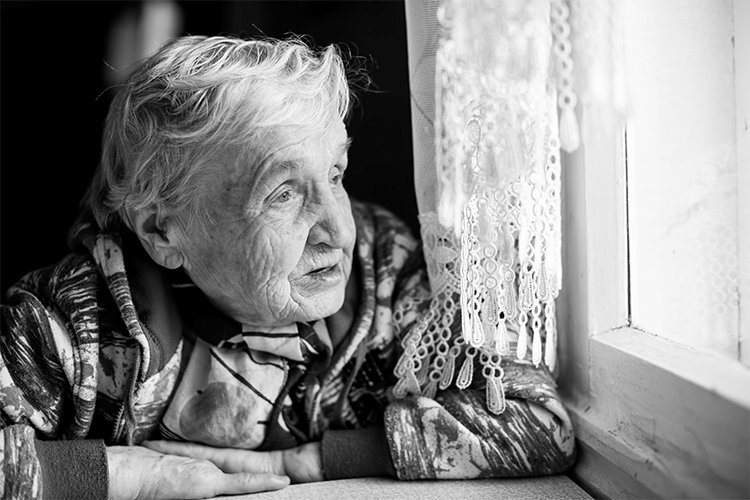 What does it mean when we talk about dementia stages? Simply put, dividing the course of dementia into stages gives medical professionals and caregivers alike a yardstick by which we can measure the progress of a person’s cognitive health or decline, and from there, determine a course of treatment appropriate to their condition.

Often, the course of Alzheimer’s disease is categorized according to mild, moderate, or severe Alzheimer’s, but many clinical providers further subdivide dementia into a seven-stage scale called the Reisberg Scale, named for New York University physician and noted expert on aging, Dr. Barry Reisberg.

Though it may seem odd, the lowest dementia stage on the scale is normal mental functioning, or no cognitive impairment. There are no signs or symptoms of dementia, memory loss, behavioral problems or other changes associated with the onset of dementia.

Where the heck did I put my keys? What was that person’s name? According to the Fisher Center for Alzheimer’s Research, at least half of the over-65 population reports some minor age-related forgetfulness. Caregivers or medical providers may not even notice such mild impairment, and it is not considered to be actual dementia, though it is part of the scale of dementia stages and may precede more noticeable cognitive decline.

When memory and cognitive problems become more regular, as well as noticeable to caregivers and loved ones, a person is said to be suffering from mild cognitive impairment (MCI). Since mild cognitive decline can herald more severe stages of dementia in the future, it is important to recognize the signs of this stage in order to alleviate stress in the patient, as well as initiate a medical course of action in the event that the dementia is treatable. Though MCI does not generally have a major impact on day-to-day functioning, some common signs include:

At this point, a person has clearly visible signs of mental impairment that point to early-stage dementia or Alzheimer’s disease. In addition to worsening of the symptoms discussed above, caregivers should stay alert for signs of:

Beginning at stage 5 and continuing into the later stages of dementia, a person may no longer be able to carry out normal day-to-day activities such as dressing or bathing without some caregiver assistance. Also, stage 5 marks the onset of what many professionals refer to as mid-stage dementia. Other symptoms that manifest during this stage include:

Stage 6 is also known as middle dementia or moderately severe Alzheimer’s disease, depending on the diagnosis. This dementia stage is characterized by a need for caregiver help to perform even basic daily activities, such as dressing, eating, using the toilet and other self-care. Further symptoms may include sleep difficulties, incontinence, personality changes including paranoia or delusions, anxiety, pronounced memory loss and inability to recognize loved ones.

In severe Alzheimer’s disease or late-stage dementia, a person is essentially unable to care for themselves, and suffers from both communication and motor impairment. They may lose the ability to speak, walk or smile without help.

Whether your loved one is suffering from Alzheimer’s disease or another dementia-causing illness, familiarizing yourself with the seven clinically recognized stages of dementia can help you arrange for the care they need, when they need it.

Our bodies undergo a series of natural changes as we age-externally and internally. Our skin cells divide more slowly and skin begins to thin. Skin retains less moisture, causing it to become dry, scaly, and appear wrinkled. It loses its elasticity and instead of springing back, starts to sag. The skin’s ability to repair itself…

When detected early, breast cancer is treated successfully 98% of the time. Researchers continue to make impressive gains in the detection, diagnosis, and treatment of breast cancer. For example, according to the Mayo Clinic, the radical mastectomy, once a standard procedure for women with breast cancer, is now rarely performed. However, breast cancer in seniors…

By Jeannette Franks, PhD Moving seniors is never as simple as we’d like. You may think your job is done once the move date for your loved one is set. But your involvement will only continue, as she or he transitions to a new home and adjusts to the new surroundings. Whether nearby or at…

Family members with someone in long-term care need to be knowledgeable and vigilant about decubitus ulcers — the dreaded bedsores. Also called pressure sores, pressure ulcers or decubitus ulcers, bedsores are skin wounds that result from prolonged pressure on the skin that’s in contact with a bed or wheelchair. Bedsores are painful, take a long…

High cholesterol is not something we come down with, like the cold or the flu. Nor is it merely part of the food we eat. Rather, it’s a condition that arises from the complex interaction between how we eat and live and how our bodies react to those choices. HOW CHOLESTEROL WORKS & WHAT THOSE…