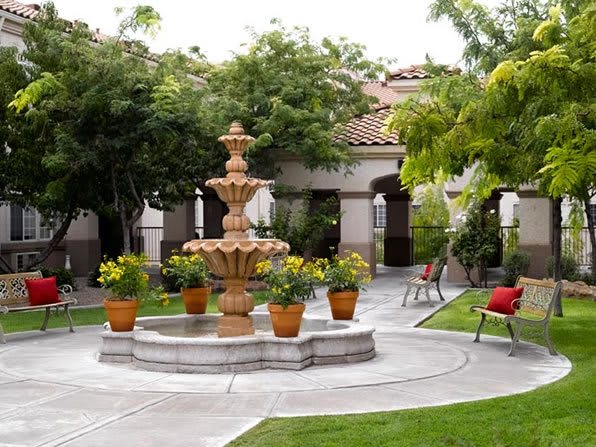 At Atria Vista del Rio, you'll find a tightly knit community with the support you need to lead an independent life. Enjoy a family-style environment that fosters physical activity and social engagements, including yoga, bridge, educational seminars and a resident-led arts and crafts group. Atria Vista del Rio is in the heart of Albuquerque, near shopping, places of worship and major medical centers.

Atria Senior Living is a leading operator of independent living, assisted living, supportive living and memory care communities in more than 200 locations in 26 states and seven Canadian provinces. Atria communities are home to more than 23,000 seniors and employ more than 14,000 people.

Add a review
Verified Review
A Place for Mom has verified the person writing the review and their connection to the community.
Next Reviews Page
1-3 of 84 reviews
0.5
May 18, 2018
Annalise - Resident/client
Be Careful

am going to tell you my story and DO NOT TAKE IT DOWN. People should know my story. I was a resident for a year and a half. I was one of the younger residents. 1st, Sales Rep told me a price & I told her when I wanted to move. When they put the contract in front of me, it was 500 dollars more & the lease was a month earlier. I almost said no but they asked me to pay half of the earlier month to hold it. 2nd, after living there for 2 months, I had bronchitis. I tried to talk to the nurse there and she would not listen, rather she called an ambulance. When I got to the Emergency room the Doctor was puzzled. She said that the nurse sent me for a psychological evaluation (I had bronchitis). Since I was stuck in the lease, I didn't move out and I should have right then. When I came back, the night nurse said that everyone heard that I had a nervous breakdown. I only cried because the nurse would not listen to me. 2 months later, they gave me a cheaper room. It was 100 steps from the expensive room. The mover who contracts with Atria called me at 8 pm the night before to tell me they would move me the next morning. She would not tell me how much it would cost. After 20 minutes of asking, she told me to move 100 steps it would cost $500 dollars.I am a disabled woman with autoimmune illnesses & I moved myself that night, finishing at 6 AM for I didn't want to pay $500 to move 100 steps from room to room. (It really didn't matter since the 1st of the year, the price went up right back to the expensive room.) 3rd, they lost an awesome director and put a woman who quit to stay home with her newborn and she was back about one month after the baby was born. She was frazzled. I had some problems with how some of the caregiver's treated me and she would just say "SNAP OUT OF IT". (WOULDN'T WE ALL WANT TO SNAP OUT OF IT!). My autoimmune disease is Fibromyalgia & Myalgic Encephalomyelitis which make us sentivitive in both mind and body. The salesperson kept talking to me about people calling about more people wanting to move in with my condition. She promised me for 3 MONTHS, almost every week that we would talk to the Director about this condition since we can be sensitive when one tells us to SNAP OUT OF IT! (who I see now is gone,as I write this; she was not up for that type of job) I just want to say also that this salesperson also would tell me how fat she was and she must have been about 5 foot 5 and 90 pounds, info I didn't need. I think she was anorexic and as a resident, that is inappropriate. The last time this salesperson promised she didn't do it and I got upset. That weekend, I asked the receptionist where was the information for the Ombudsman for the Dept. of Aging and all she could say to me was "WHAT'S AN OMBUDSMAN?" (come to find out that most of the receptionist and staff didn't know what the Ombudsman was, not good). I felt what do the older people who are not lucid as I am get through this? I gave my notice. 4th, I met a person around my age who was in Atria for a broken hip and had a friendship with her. When I moved out, she seemed to be extremely paranoid and I found out that she was a Paranoid Schizophrenic with Bi Polar and not taking her medication. I WAS ONLY ABLE TO FIND THIS OUT BECAUSE ONE OF YOUR EMPLOYEES GAVE ME THE PRIVATE TELEPHONE NUMBER OF HER SISTER. This is a violation of patient privacy. I got along great with the residents. But the disarray of the Staff sickens me to this day. There were many good staffers, [Names removed] (ALTHOUGH HE LIED TO ME ONCE ABOUT TEACHING A CLASS). Again, do not take this post down for I will repost it every day. There were more things that happened but I have repressed them.

Reviewed on A Place For Mom
5.0
May 11, 2019
Paul Oostenbrug - Loved one of resident/client
A spacious, attractive, well staffed memory care unit

My mother has lived at Atria Vista del Rio for the past 2.5 years. She lives in the memory care unit (Life Guidance). She actively participates in bingo games, art classes, discussions of current events, chair exercise, and Friday happy hours with music. She blossomed while living there, following my dad's death. She became the person the staff looked to to help lead residents in group discussions or exercise and a good listener to those who wanted to talk. The food is good and the staff are very capable. There are opportunities to get out and see the city (on van rides) and to enjoy music with the larger community. Spring, summer, and fall in the secure courtyard adds an ability to get outside.

very disappointed. The renovation is not systematic but everywhere. Trip and fall hazards abound. the smell of sewer gas on the upper floor public restroom hurts when breathed. As far as I know, it has gone on for three weeks. The food is processed, and of poor quality. It is presented very nice. Twice I have visited and have caught a nasty virus. the protocols for cleaning for illness needs stepped up.

Reviewed on A Place For Mom

How do other families rate Morada Albuquerque?

Morada Albuquerque has received an average review rating of 4.08 based on 5 reviews. See all reviews.

The Woodmark at Uptown