The Right Way to Take Away the Car Keys 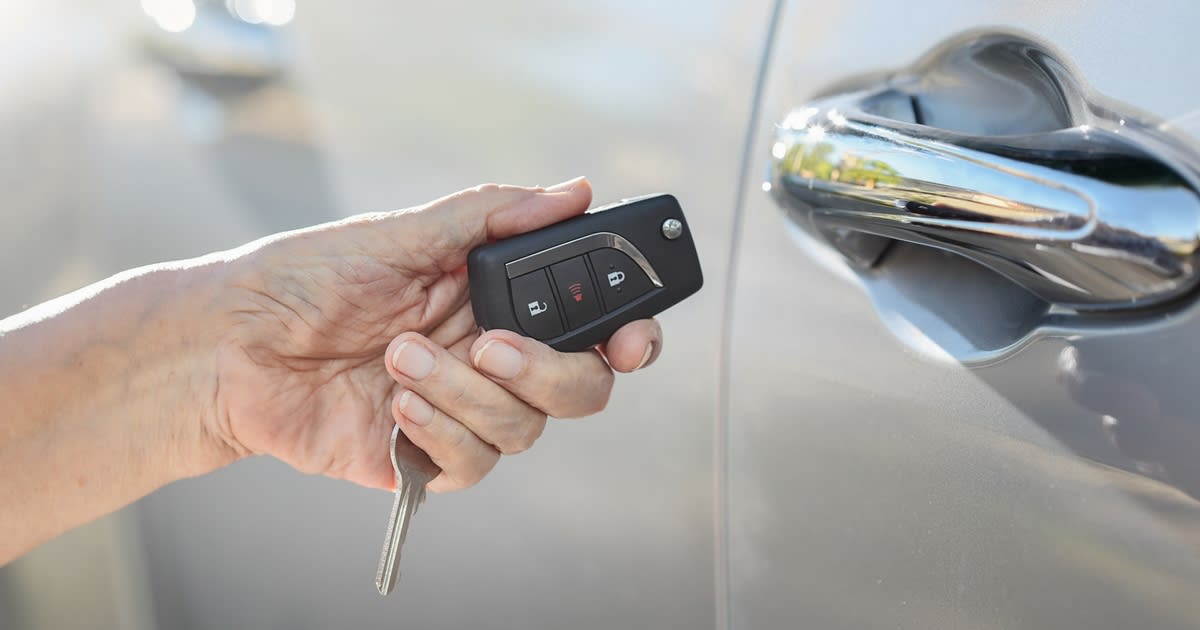 When it came time for my feisty 93-year-old grandmother Meemaw to hang up her car keys for good and stop driving, the conversation didn’t go well. In fact, it went so poorly that when my father remembers it these several years later, he lets out a self-conscious laugh.

It’s a difficult conversation many families today face. The number of Americans age 65 and older has grown from 35 million in 2000 to 49.2 million in 2016, according to the United States Census Bureau. These seniors are living longer than generations before and this means more older drivers on the road — many of whom will need to stop driving at some point.

How to Take Away the Car Keys

There’s no reason your own conversation with a senior loved one should go as poorly as ours did. Here are five steps you can take to make the conversation a bit easier:

Step 1: Have a Plan in Place

Before you sit down to talk about how to take away the car keys, it’s a good idea to have a plan in place for transportation.

“If you are going to create a void, you have some responsibility to fill it,” says Dr. Gary J. Kennedy, director of Montefiore Medical Center’s Division of Geriatric Psychiatry in New York City.

For older adults living in cities, the options can be plenty. There’s public transportation, taxis and a host of ride-sharing apps including Lyft and Uber. But for older adults who live miles from doctor offices and grocery stores, taking away the car keys often means giving up their independence and depending on others for rides. Worst case scenario it can mean having to move into an assisted living facility.

“In rural areas, if you don’t drive, you don’t exist. You are going to be socially obsolete,” says Kennedy, who has also lived in Texas.

The key to a conversation about stopping driving is that it not be an intervention with the end goal of giving up the keys. It should be a discussion.

Elizabeth Dugan, author of the excellent book, “The Driving Dilemma: The Complete Resource Guide for Older Drivers and Their Families,” suggests in her book that you start the conversation as early as possible before it gets to the point where keys must be given up. Even if it’s beyond that point, you want the decision you make as a family to be a shared decision, not a demand from you to them.

Some tips for the conversation from Dugan and others:

If you’re lucky, the driver will come to a decision on their own that it is time or soon will be time to stop driving.

If the first meeting doesn’t go well, you have options. You can table the discussion with idea that you’ll meet again. This gives the driver time to reflect on your concerns. You can also suggest involving a third party to assess them and see if their problems are fixable.

Many families turn to a neutral third party to evaluate a senior driver and help break the news to them that they should consider quitting driving.

This can be a family doctor, an occupational specialist or a therapist who specializes in aging issues.

Perhaps the best idea I’ve researched is a national program called “Keeping Us Safe” that certifies professionals to evaluate senior drivers and give them recommendations. Sue Teague is a senior care consultant based in Vero Beach, Florida, who is part of the program. In fact, she helped the father of a friend of mine with his driving issues.

The best thing about the program, in my opinion, is that it takes the pressure off families. In fact, the idea is to have the senior driver come to their own decision, which can be empowering.

Especially in cases where a driver has dementia and should not be driving, experts advise it’s okay to get creative. Some methods that experts condone include:

“These kinds of manipulation and deception are justified if it’s going to save people’s lives,” says Kennedy.

Step 5: Get the Law Involved

If steps 1-4 don’t work, you can check your state’s laws and find out how you can have their driver’s license revoked. It may take a letter from a doctor and it may involve driving tests.

We were on the verge of doing this when Meemaw fell and broke her hip. That marked the end of her driving. We all breathed a sigh of relief when it happened, which isn’t the reaction anyone wants to have when their loved one has a serious injury.

Plan Before You Have to Sit Down to Talk

If I knew then what I know now, I would have sat down with Meemaw and discussed her plans for her driving long before we were forced to.

Just as you plan for long-term care costs and your retirement, experts advise you should also plan for the time when you’ll have to stop driving. You can even draw up an agreement for family members to sign that you can bring out when the time comes.

Creating a plan before it’s needed puts the decision-making power into the hands of the driver, instead of putting all the pressure on the driver’s family.

“Wouldn’t you feel better if you could say, ‘I decided to give up my license because I know that I have lost some of my ability, and I don’t ever want to be in an accident and feel like I was the cause of it?'” asks Teague.

Have you been in this situation with your parents or senior loved ones before? What way was the right way to take away the car keys in your family? We’d love to hear your stories in the comments below.