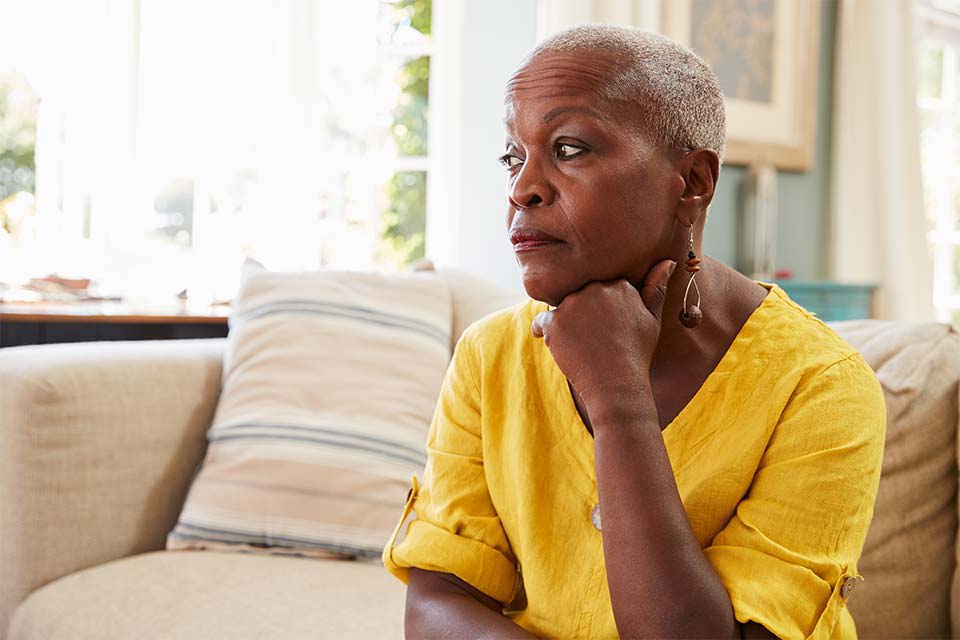 Confusion, disorientation, and speech problems may be the first symptoms to come to mind when you think of Alzheimer’s disease. But sometimes early symptoms of Alzheimer’s include certain behavior changes that you may not hear about as often.

How does Alzheimer’s affect the brain?

Alzheimer’s disease leads to the degeneration of certain areas of the brain that control many of the body’s functions. These changes in the brain start years before symptoms of the disease are noticeable. As Alzheimer’s progresses, brain cells get increasingly damaged, altering the way someone functions and their ability to do daily tasks that allow them to live independently.

The causes of Alzheimer’s aren’t yet fully understood. Researchers believe that problems with proteins in the brain disrupt the work of brain cells responsible for memory information.

Early symptoms of Alzheimer’s disease may include cognitive and behavior changes that worsen gradually. The following warning signs may provide the first clues that your aging loved one should be evaluated for Alzheimer’s or another type of dementia.

This is the most common first sign of Alzheimer’s disease. In the early stages, Alzheimer’s disease usually affects the area of the brain that stores memory of recent events. Although occasional memory lapses are normal, persistent memory loss that continues to worsen may warrant a visit to the doctor.

In the early stages, people with Alzheimer’s may:

Early in the disease, you may notice that your loved one has trouble with abstract thinking. For example, your parent may:

Often, older adults with Alzheimer’s who experience these symptoms may not be aware of the changes. It may seem like your parent is in denial but, in some cases, Alzheimer’s patients truly don’t know there’s a problem. This common Alzheimer’s symptom is called anosognosia.

Difficulty performing simple, everyday tasks can be one of the first symptoms of Alzheimer’s disease. You may notice your aging parent is struggling with simple activities they used to do without effort. For example, they may have trouble driving somewhere they’ve been many times, or they may not remember how to use the coffee maker.

In later stages, people with Alzheimer’s may forget how to perform basic activities of daily living, such as bathing and dressing.

Alzheimer’s may cause sleep changes and problems very early on. Your loved one may not be able to fall asleep, or they may wake up many times throughout the night. They may also nap more during the day.

Sleep problems may be one of the first signs of Alzheimer’s, even before any cognitive symptoms are noticeable. However, changes in sleep patterns alone don’t necessarily mean your loved one has Alzheimer’s.

People with Alzheimer’s may also lack motivation and drive, and they may lose interest in activities they used to enjoy. It can be difficult to differentiate this symptom from depression.

You may notice that your aging parent is having trouble making sound decisions or managing money. They may forget to pay bills on time or have trouble dealing with numbers.

People with Alzheimer’s may also neglect their appearance. They may have trouble with hygiene or grooming and look disheveled.

Following a conversation can become difficult for people living with Alzheimer’s. This may cause them to become socially disengaged, perhaps by avoiding hobbies or social activities. These symptoms tend to get worse as the disease progresses.

Damage to brain cells associated with Alzheimer’s causes memory problems that affects speaking and language. You may notice that your elderly parent stops speaking in the middle of a sentence or has trouble remembering familiar words. They may also have trouble holding a conversation and may repeat themselves.

Your loved one may not understand where they are or how they got there. They may also be confused about dates and the passage of time. Also, they may have trouble thinking about future plans. Confusion gradually worsens over time.

10. Getting lost and wandering

Six in 10 people with dementia wander, according to the Alzheimer’s Association. This can mean getting lost in familiar places or simply walking away to another location without a particular reason. A person with Alzheimer’s might arrive late for an appointment without an explanation, start to lose their way around the supermarket, or get lost while driving in their hometown.

People with Alzheimer’s or another type of dementia wander for many reasons, including fear, anxiety, boredom, or an urge to follow past routines. Wandering can happen at any stage of Alzheimer’s disease, but it may worsen in later stages.

Should you get your loved one tested for Alzheimer’s?

If you’re concerned about memory loss or behavior changes in your parent, make an appointment to see the doctor. It’s difficult to differentiate normal signs of aging from symptoms of Alzheimer’s disease. Other treatable medical conditions can also cause symptoms similar to those of Alzheimer’s disease, so it’s important to get your loved one checked.

Although there’s no cure or treatment to reverse or stop the progression of Alzheimer’s, early diagnosis and treatment can help maintain your loved one’s quality of life as long as possible by minimizing symptoms for a period of time.

What if my parent has Alzheimer’s?

Dealing with an Alzheimer’s diagnosis can be both devastating and overwhelming as you think about how to prepare for changes in the future. Learning about the disease and getting support from others who are going through the same challenges can help.

Understanding how to get more support as Alzheimer’s progresses can allow you to prepare for future care needs. Contact our Senior Living Advisors to learn about memory care, which is specialized care for seniors who have Alzheimer’s disease, another type of dementia, or other forms of memory loss.

Angelike Gaunt is a content strategist at A Place for Mom. She’s developed health content for consumers and medical professionals at major health care organizations, including Mayo Clinic, the American Academy of Family Physicians, and the University of Kansas Health System. She’s passionate about developing accessible content to simplify complex health topics.