10 Facts About Senior Living That Will Surprise You

Seniors today are facing a different reality when it comes to housing and healthcare than those of past generations. 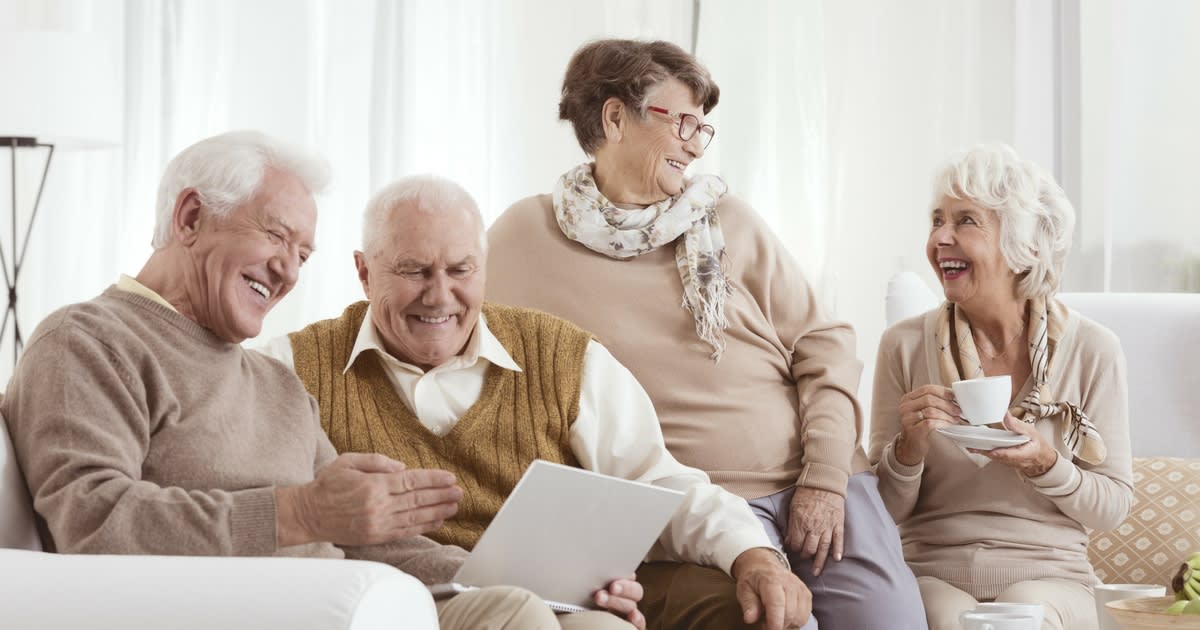 Facts About Senior Living That Will Surprise You

Check out the following facts about senior living that may surprise you:

American Senior Communities reports that with innovations in healthcare and a focus on prevention, seniors today are living “longer, more active and healthier lives.” In fact, by the year 2040, the population of older seniors – people aged 85 years and above – is expected to triple from the 5.7 million there were in 2011 to 14.1 million.

The gender gap in life expectancy is also narrowing – traditionally women have outlived men by approximately seven years. However, the Population Reference Bureau reported that in 2013, the gap had narrowed to less than five years, with the average man living to the age of 76.4 years and the average woman to 81.2 years.

Fact #2: The need for diverse eldercare is skyrocketing.

The PRB reports that with the massive population of aging baby boomers, there could be an “increase in the number of Americans ages 65 and older requiring nursing home care” by up to 75% – from 1.3 million (2010 estimate) to 2.3 million in the year 2030. The increased number of seniors requiring care, in addition to the longer lifespan of Americans, has resulted in a greater need for diverse and patient-centered eldercare, that can adapt and modify with a person’s changing needs as they age.

Fact #3: The typical assisted living resident is an independent female.

According to ACS, the “typical assisted living resident” of today is:

Fact #4: Specialized eldercare is on the rise.

Fact #5: Skilled nursing facilities are the most expensive care option – and may not be sustainable.

Skilled Nursing Facilities (SNF) are the most expensive form of long-term eldercare, far exceeding the cost of care provided in other settings. The Family Caregiver Alliance reports that “average expenses per older adult in a Skilled Nursing Facility can be four times greater than average expenditures for that individual receiving paid care in the community.” With a wave of aging baby boomers headed our way, the cost of care in SNFs as they are currently modeled, is not financially feasible.

Fact #6: Seniors and their families are not prepared for the costs of long-term care.

The Family Caregiver Alliance reports that “one in four people aged 45 and over are not at all prepared financially if they suddenly required long-term care for an indefinite period of time.” This statistic on its own is not especially surprising, however, lack of preparation is a symptom of a larger problem. Currently, by the time people reach their senior years, nearly one in five will incur more than $25,000 in out-of-pocket care costs.

GlynnDevins references a study which states that “83% of primary caregivers contributed financially during a long-term care situation,” which equalled an average cost of $8,800 for out-of-pocket care expenses.

Fact #7: Community and home-based care are on the rise.

With the steep cost of Skilled Nursing Facilities, and a national focus on helping people to stay where they want to be – in their own homes – it is no surprise that home-based care is on the rise as a cost-effective alternative. The Family Caregiver Alliance reveals that the “vast majority of elderly people receiving assistance” – 80% – live in private homes in the community, not institutions.

Fact #8: Owning your own home may not make the most financial sense.

Time and again, research reveals that people wish to remain in their own home for as long as possible. However, GlynnDevins, an agency specializing in senior living solutions, suggests that for a senior, owning their own home and the expenses that come along with it may not be the best financial option. They report that ongoing home maintenance costs include expenses like:

A revealing study by Genworth Financial, confirms that for more than 50% of people, “their greatest fear regarding a long-term care illness or event was being a burden on their family.” However, planning and discussing end-of-life wishes with family is still a topic most seniors avoid. The study revealed that more than 90% of people surveyed have “not talked about critical long-term care issues with their spouse/partner, aging parents or adult children.” With many helpful resources available, it is time to start these conversations – you will feel relieved to have a plan in place.

Fact #10: Staying active is the best prevention, even if you’ve been inactive all your life.

Finally, when it comes to senior living, one thing is for sure: staying active is the best way to maintain good health and independence. GlynnDevins refers to a study conducted by the Hebrew University Medical Center and Hebrew University Hadassah Medical School. They study reveals that “seniors who do any amount of exercise appear to live longer and have a lower risk of disability.” For most of us, it is not too late. The study continues that even if you have never led an active lifestyle before, the benefits of exercise were experienced by those who began exercising between ages 70 and 85.

Were you surprised by any of these facts? We’d like to hear your thoughts about senior living in the comments below.

Author
Kimberly Fowler
Sign up for our newsletter
Get insights and articles in your inbox.