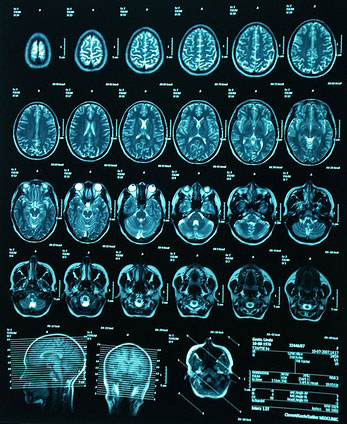 “There’s not enough time in the day!” is becoming a popular expression in today’s bustling world of balancing work and home-life responsibilities. Fast-paced lifestyles in conjunction with the increased focus on technology—sitting behind computers for hours-on-end or talking on cell phones in cars, while shopping or on lunch dates—are only a few ways lifestyles have drastically changed. Along with these new society norms, many Americans are guilty of skipping that extra hour or two of sleep to make time for themselves. Or they’re lying awake or experiencing restless sleep, worried about daily frustrations and responsibilities. And the consequences? Apparently lack of sleep is being tied to Alzheimer’s disease, according to Washington University School of Medicine.

A preliminary study conducted by the St. Louis university shows that “poor-quality sleep may have worse effects than simple fatigue. Lack of quality sleep is linked to the buildup of brain plaques seen in people with Alzheimer’s disease.” For this study, researchers monitored sleep patterns of 100 mentally healthy people between the ages of 45 and 80 and discovered those who awakened multiple times throughout the night were more likely to have “amyloid plaque accumulations” in their brains. Half of the healthy people researched had a family history of Alzheimer’s, which helped researchers determine whether there were genetic connections linked to the disease.

What Influences Alzheimer’s Onset—Duration or Quality of Sleep?

Dr. Yo-El Ju, an assistant professor of neurology describes how how Washington University is trying to pin-point the catalyst of early Alzheimer’s disease: “We were initially looking at duration of sleep, but it seems the quality of sleep is more important to this association. We don’t know if early Alzheimer’s is causing poor sleep, or vice-versa.”

Unfortunately, Alzheimer’s affects at least 5.4 million Americans by robbing them of memory and reasoning skills—and the amyloid protein plaque appears in their brains years before symptoms of the disease begins. According to Dr. Ju, “It is possible that there’s some change in brain activity going on during sleep that allows soluble amyloid to decrease overnight,but we need to study this much more closely.”

Of the 100 people tested, the 25 percent who slept “less efficiently” had preclinical indicators for Alzheimer’s disease. While all participants were in bed a full eight hours, the 25 percent who had more restless sleep only had an average sleep of 6.5 hours because of their brief awakenings throughout the night. The study is still underway, but quality sleep for a full eight hours is proving to contribute to more healthy brains that don’t have the plague buildup or “biomarker” for Alzheimer’s disease, according to experts.

And the Takeaway to Help Prevent Dementia?

Try to give yourself time to get the recommended eight hours of rested sleep; whether it’s shifting your dinner time or re-prioritizing your schedule. Part of the irony in this situation is that while we are intending to give ourselves more time, we may actually be taking ‘quality-of-life’ time from the tail end of their lives.