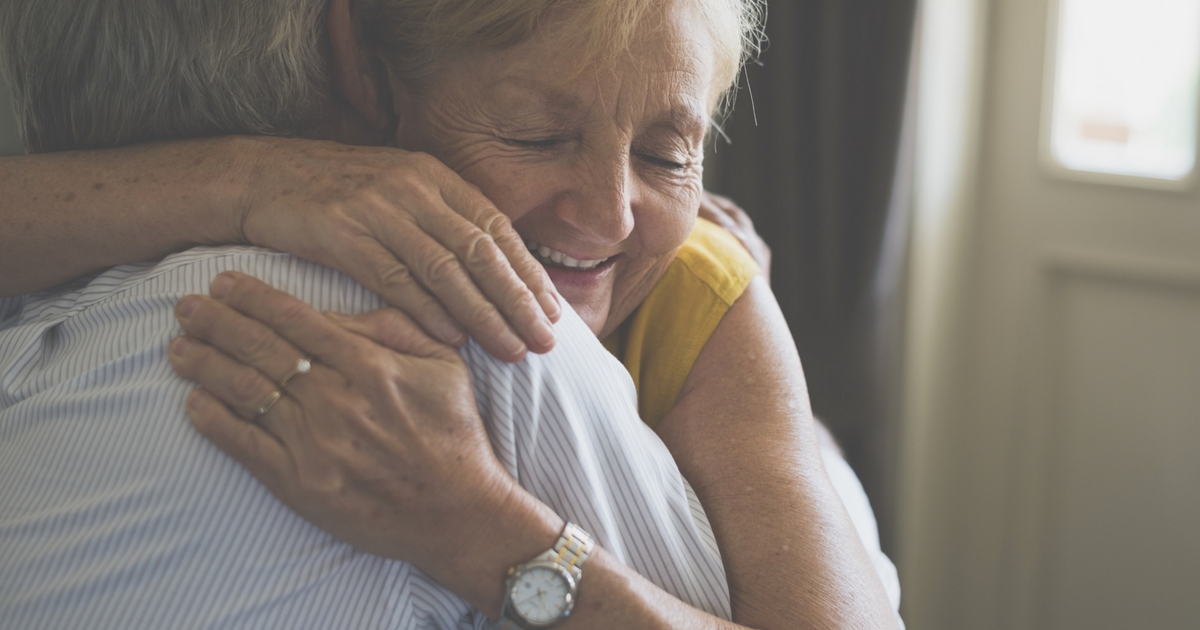 There are many reasons older adults move into senior living communities — but is finding love one of them?

Burdett Stilwell, Director of Sales and Marketing at Somerby of Mobile, has been working with seniors for many years and has had the pleasure of developing friendships with the residents who call Somerby Senior Living home. She’s up-to-date on who is dating whom and according to Stilwell, when it comes to relationships, the seniors she knows fall into two categories: those who are interested and those who have “been there, done that.”

While there’s a lot of data about couples who met in college or high school, not a lot has been done to apply the same framework to couples in senior living communities. “Over 90% of the older adults we help move into senior living are moving in alone,” says Ben Hanowell, Lead Senior Living Researcher and Data Scientist at A Place for Mom. “Once they move in, our organization unfortunately can’t track whether they are lucky in love!”

Though research is lacking, Stilwell says that senior living communities can bring couples together and that marriage is not unusual among residents.

“One couple grew up in the same county, but never knew each other. When they met here they had lots in common, so they got married and have been living with us for the past five years.”

She adds that three other couples were also married over the past three years at Somerby.

“Alex P. and Alice B. are a couple who met at the community about a year ago. He plays guitar for her every day, and they are always laughing and spending their time together.”

Alex P. and Alice B. — A couple who met at Meridian Senior Living.

This trend is also becoming more common at senior living communities across the country, according to U.S. News.

Searching for Another Chance at Love

“Senior living communities are one place where dating has blossomed,” writes A Place for Mom’s Jeff Anderson. “Men and women who had once resigned themselves to isolation have been able to rebuild intimacy with a new companion, in a new place, and in new ways.”

For some widows and widowers, senior living communities offer a chance to experience love again, and the new lease on life that those feelings bring. Stilwell shared a story of one gentleman at Somerby who was a caring and kind caregiver dedicated to his wife.

Several months after she passed away, he had found a girlfriend, and staff saw him doing things they hadn’t seen him do before — having carefree fun and going out on excursions.

Some older adults are interested in dating and marriage, but a long-term relationship is not always a priority in senior living. These serial daters are having fun, but there’s no doubt that it’s the older men who have the dating advantage in most senior living communities, simply because there are fewer of them. “Among older adults who move into senior living alone, there are over two-and-a-half times as many women as men,” says A Place for Mom Data Scientist Ben Hanowell, “and the gap is wider for older age groups.” For older adults age 65 to 70, there are 57% more women who move in alone than men. Compare that to ages 90 to 99, where over three times as many single women than men move into senior living.

Though some older adults are finding love, the majority of residents at Somerby are still single. That’s why they’re hosting a “no partner needed” Valentine’s Day dance this year. With a night of dancing planned, the single men will get lots of attention, Stilwell says.

She admits that she often sees many older women enjoying the single life, and has had new residents ask “Where are the men?” upon moving in. Stilwell also adds that when new single men move into the community, “everyone comes by to see who it is.”

What are these single ladies in senior living looking for? Certainly companionship and fun, but interestingly enough, qualities that are highly sought after when dating don’t change in our senior years.

One resident asked Stilwell to find her a man who “has a car, is a safe driver, and if he’s cute too, that’s a bonus.”

All humor aside, the point is that our desire for companionship doesn’t diminish as we age. Many residents are dating and finding love in senior living — so much so, that sexual education classes are frequently offered at communities, often at the request of residents.

“It all still goes on in senior living communities,” Stilwell says.

Have you or a parent found love in a senior living community? We’d love to hear your story in the comments below.