When looking for an independent senior living community, sure you want high-quality on-site dining. But when family members visit or you’re going out with your new neighbors, you want plenty of off-campus options within walking distance… especially if you’ve always been a foodie.

We combine our Senior Living Cost Index with data from Walk Score, a Redfin company, to show you the seven best cities for foodies looking for independent living.

Independent living communities offer individual apartments, up to three meals a day, weekly housekeeping, transportation services, some in-home assistance and other amenities. Walk Score, a Redfin company, scored the proximity to dining and drink establishments for over 2,570 A Place for Mom partner communities that offer independent living.

If food is your top priority, and you could move into senior living in any U.S. city, here are your top seven choices.

Evanston makes the top slot on this list despite the median rent being $15,180 cheaper per year than the number two slot, and only slightly above the median for the Greater Chicago Area.

Found Kitchen and Social House, founded by Amy Morton, is a New American restaurant with a 4.4 rating on Google, and it’s within a 15 minute walk from both The Merion and Ten Twenty Grove.

It would be incredibly odd if the Big Apple didn’t at least make it onto this list. That said, it’s the least affordable city in the bunch, and a hair less walkable than the number one slot.

Maison Kayser, founded in Paris in 1996, is an artisan boulangerie with several locations in Manhattan, including two within 15 minute walks of both West 86 and Brookdale Battery Park.

If Manhattan is on the list, another Borough can’t be far behind, although I’m surprised Brooklyn didn’t make this list. Maybe all the nice restaurants in Brooklyn are concentrated around the hipsters and tech workers instead of the independent living communities? Did you notice that the median rent in The Bronx is $15,744 per year cheaper than it is in Manhattan? Typical.

Foodie Spotlight on The Bronx

Salvatore’s of Soho is a pizza and pasta joint in the West Bronx, about a four-minute walk from Atria Riverdale. Supposedly it’s packed every night of the week, which pretty much tells you everything you need to know. 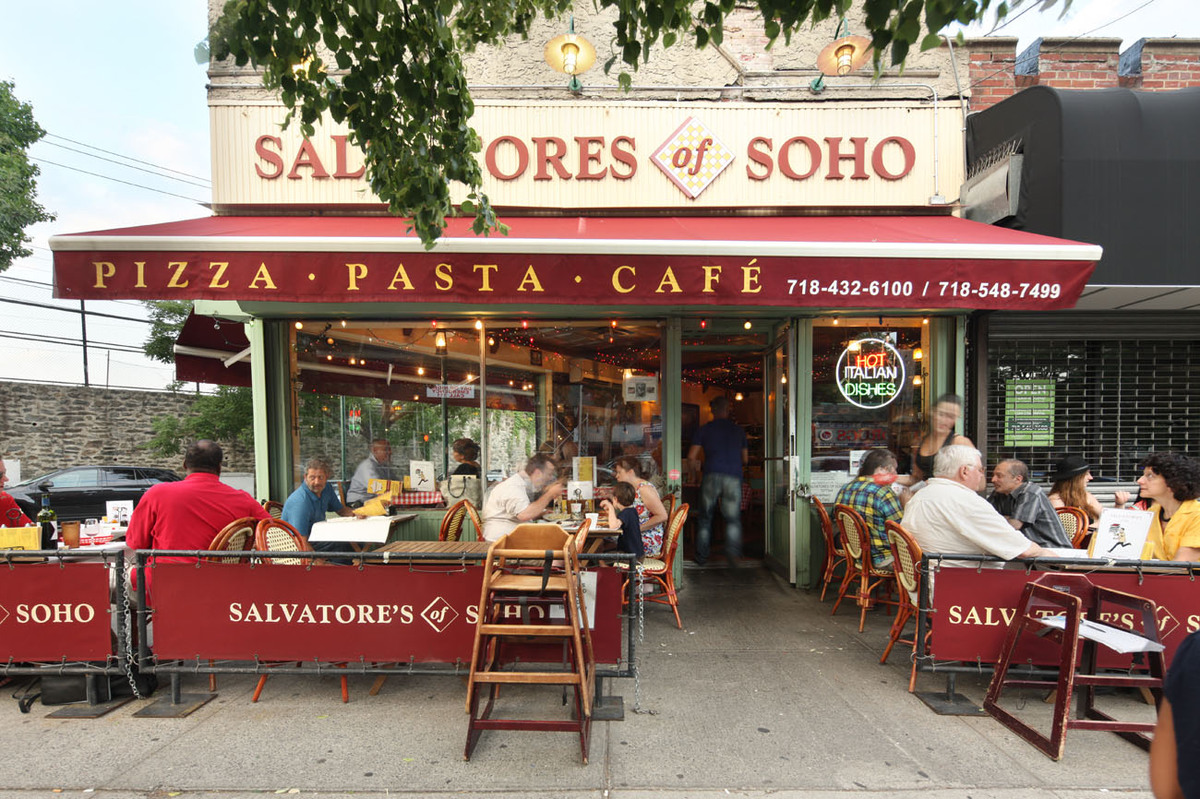 This suburb of Oakland isn’t that walkable as a whole, but its senior living communities tend be clustered around one of its five shopping centers, which make them more walkable than the city average.

Makiyaki is by many accounts the best sushi for the best price in town, and it’s right around the corner from Pacifica Senior Living. Sushi isn’t as cool as it was earlier this century, but come on, it’s become an American staple. Have fun gorging yourself on chirashi and mind the sodium intake, Dad! 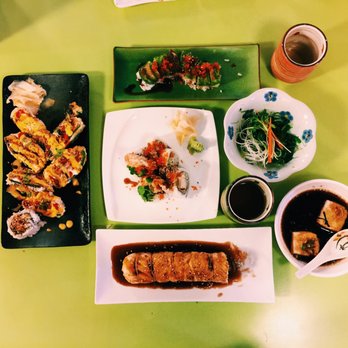 Tarzana is an affluent neighborhood in the Los Angeles area. If you think the area is named after the “Tarzan” novels written by Edgar Rice Burroughs, well, you’d be spot on.

Culver City is famously the home of MGM studios, as well as Sony Pictures and the NFL Network headquarters. Executive producers gotta wine and dine and Culver City residents reap the benefit.

You may be familiar with ramen as a staple of the starving student’s diet. Then again, if you’re a true foodie, you know ramen for what it truly can be: the best vehicle to transport chashu and bamboo shoots into your mouth. Ramen Yamadaya may be a chain, but it doesn’t disappoint, and it’s within a 20 minute walk of Paloma Pointe on the Boulevard and Palm Court. 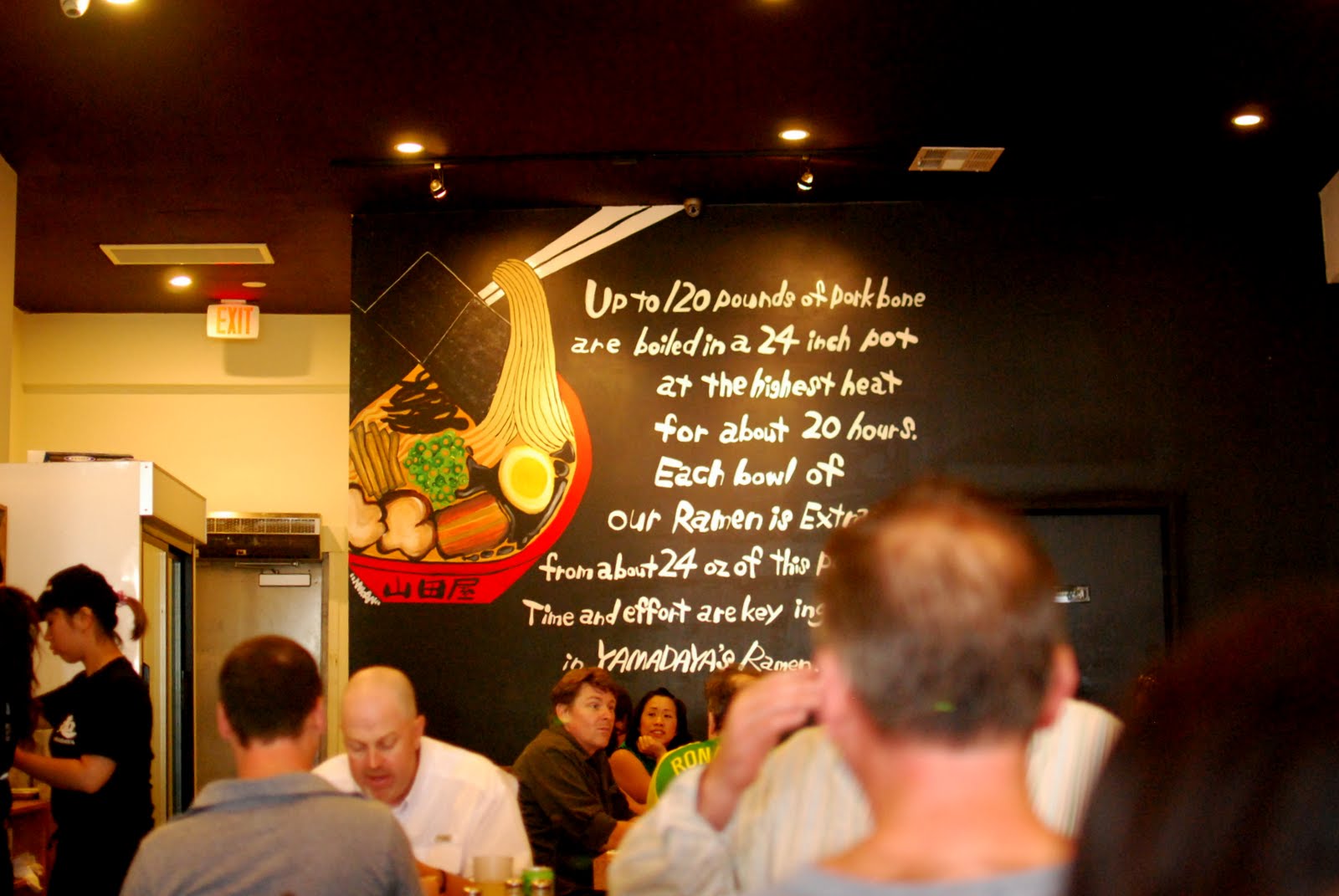 Birmingham’s motto is “A Walkable Community,” leaving no question about whether or not it’s… a walkable community.

Look at the picture of Tallulah Wine Bar and Bistro below and imagine yourself on a spring day sitting on that sidewalk with a glass of shiraz in hand, waiting on some oysters, seared pork belly and broccoli fritto. You’d be a ten-minute walk from either All Seasons of Birmingham or Baldwin House. Have We Made You Hungry for Independent Living?

Then you should call one of our Senior Living Advisors.

Walk Score provided scores for over 15,000 of our partner communities. We looked at cities with at least two independent living options where families had moved during 2015-2016, and which had a “Walker’s Paradise” (90-100) rating for dining and drinking. Then we spot-checked those properties to ensure the dining and drinking establishments nearby would be of interest to a foodie.

Ben Hanowell is a data scientist and anthropologist who invented the A Place for Mom Senior Living Cost Index. His research has been funded by the NSF, NICHD, and a Fulbright Grant. He lives in cloudy Seattle with his partner, his daughter, and his cat.