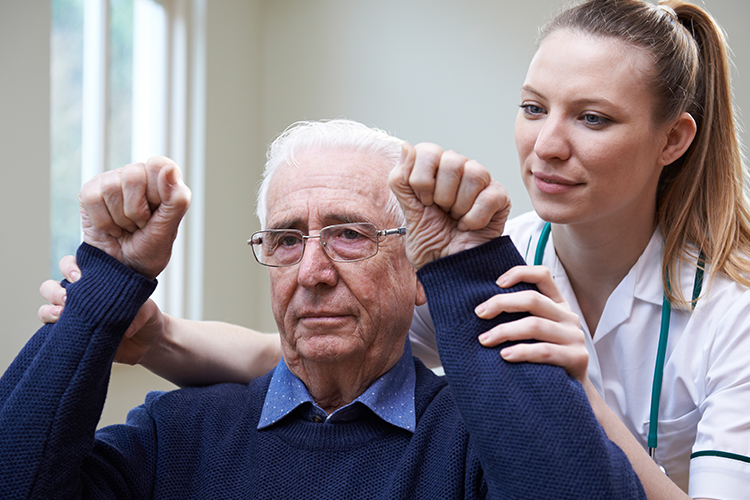 Stroke is the third leading cause of death in the United States and a leading cause of serious, long-term disability in adults. About 600,000 new strokes are reported in the U.S. each year. The good news is that treatments are available that can greatly reduce the damage caused by a stroke. However, you need to recognize the symptoms of a stroke and get to a hospital quickly. Getting treatment within 60 minutes can prevent disability.

WHAT IS A STROKE?

A stroke, sometimes called a “brain attack,” occurs when blood flow to the brain is interrupted. When a stroke occurs, brain cells in the immediate area begin to die because they stop getting the oxygen and nutrients they need to function.

What causes a stroke?

There are two major kinds of stroke. The first, called an ischemic stroke, is caused by a blood clot that blocks or plugs a blood vessel or artery in the brain. About 80 percent of all strokes are ischemic. The second, known as a hemorrhagic stroke, is caused by a blood vessel in the brain that breaks and bleeds into the brain. About 20% of strokes are hemorrhagic.

What disabilities can result from a stroke?

Although stroke is a disease of the brain, it can affect the entire body. The effects of a stroke range from mild to severe and can include paralysis, problems with thinking, problems with speaking, and emotional problems. Patients may also experience pain or numbness after a stroke.

Because stroke injures the brain, you may not realize that you are having a stroke. To a bystander, someone having a stroke may just look unaware or confused. Stroke victims have the best chance if someone around them recognizes the symptoms and acts quickly.

What are the symptoms of a stroke?

The symptoms of stroke are distinct because they happen quickly:

What should a bystander do?

If you believe someone is having a stroke-if he or she suddenly loses the ability to speak, or move an arm or leg on one side, or experiences facial paralysis on one side-call 911 immediately.

Stroke is a medical emergency. Every minute counts when someone is having a stroke. The longer blood flow is cut off to the brain, the greater the damage. Immediate treatment can save people’s lives and enhance their chances for successful recovery from stroke.

Why is there a need to act fast?
Ischemic strokes, the most common type of strokes, can be treated with a drug called t-PA, that dissolves blood clots obstructing blood flow to the brain. The window of opportunity to start treating stroke patients is three hours, but to be evaluated and receive treatment, patients need to get to the hospital within 60 minutes.

What is the benefit of treatment?
A five-year study by the National Institute of Neurological Disorders and Stroke (NINDS) found that some stroke patients who received t-PA within three hours of the start of stroke symptoms were at least 30% more likely to recover with little or no disability after three months.

WHAT CAN I DO TO PREVENT A STROKE?

The best treatment for stroke is prevention. There are several risk factors that increase your chances of having a stroke:

The man had not spoken in three or four years. An older man in the late stages of Alzheimer’s, he could no longer care for himself and required a high level of assistance in his daily activities of living. But on one particular day, Concetta Tomaino, DA, a certified music therapist, offered a different kind…

Read this interview with Lee Askew, representative from an architectural firm that designed a memory care home in Memphis, TN, and John Xeisel, president and co-founder of Hearthstone Alzheimer Care, in Woburn, Massachusetts. Discover what Margaret Calkins, leading designer of dementia care facilities, has to say about environment’s role in treating Alzheimer’s disease. The old…

What to Expect in a Residential Care Home

Guide to Dementia Care at Home

Even though most dementia develops from irreversible causes, there is still much that families can do to help their loved ones continue to function as well as possible for as long as possible. Creating a safe, comfortable and supportive environment for someone with dementia can be achieved through the below standard practices. GENERAL DEMENTIA CARE TECHNIQUES Researchers,…

How to Interview Home Care Aides

Finding the appropriate senior home care means not only making a decision about agencies and service plans, but ensuring that the individual caregivers who will become such an important part of your loved one’s life are the best possible match. The kinds of qualities to look for in the caregiver will depend upon the kind…

Mobility is a vital component of independence, making the foot ailments that often plague the elderly especially worrisome. While it may not spring to mind as a top health concern, poor foot health can severely impact a person’s ability to live alone, work and participate in social activities. According to the US National Center for…