MRSA in the Elderly: Symptoms & Prevention 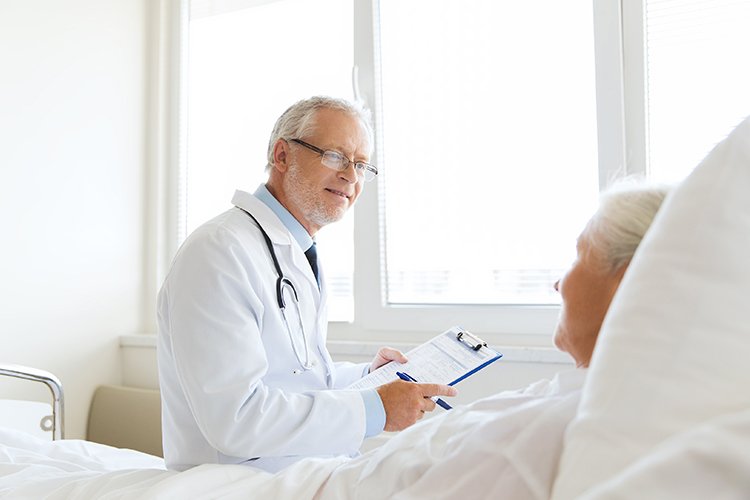 At Queen Anne Healthcare, a Seattle-based long-term care facility, it’s not uncommon for one or two of the 125 residents to be in isolation at any given time. The reason: they’re recovering from a drug-resistant infection.

The affected individuals may be permanent residents of the facility, or they may be visiting specifically to recover from the infection, according to Kristi Lott, a nurse at the facility. In the latter case, they may come from an assisted living center, a hospital, or at-home care.

“They come to get antibiotics for six weeks, in the more serious cases,” Lott says. “To clear someone, they have to get at least three negative cultures.”

Hospitals and other health care facilities are seeing a rising rate of drug-resistant infections, according to officials at the Centers for Disease Control and Prevention. These infections, called methicillin-resistant Staphylococcus aureus (MRSA) infections, are unable to be treated by traditional antibiotics such as penicillin, amoxicillin and methicillin.

The proportion of bacteria that are resistant to antibiotics has risen steeply during the last thirty years, as the bacteria adapt to the antibiotics intended to kill them, according to CDC research. Today, 63% of bacteria don’t respond to traditional antibiotics, and MRSA in the elderly is becoming a growing problem, especially among seniors who are treated in healthcare facilities.

MRSA in the elderly is a serious problem, especially in institutional settings, where they have a higher risk of death from the disease as a result of its resistance to typical antibiotics. While the spread of MRSA infections are most common in hospitals, people with poor functional status are more susceptible to carrying MRSA, and therefore any institutional setting, including nursing homes, must take precautions.

The elderly are “a population of people who have a history of taking antibiotics in the past, so they have developed some resistance to these drugs,” said Jennifer Morcone, a CDC health communications specialist.

The combination of frequent use of antibiotics and a weakened immune system make the elderly particularly susceptible to MRSA. Many contract the disease when they are admitted to hospitals or long-term care facilities to be treated for underlying health problems. MRSA in the elderly is also a concern in assisted living communities or at home, although this is less common.

MRSA is most common as a skin infection, as “staph” are common bacteria that live on the skin. They cause infection whenever they enter the skin through a cut or sore. A person can also become infected with MRSA when the bacteria move inside of the body through a catheter, breathing tube, or other entry point.

A typical staph infection normally causes a red, swollen, and painful area on the skin, according to information provided by the National Institutes of Health. Other symptoms may include:

Symptoms of a more serious staph infection may include:

Depending on the extent and severity of the symptoms, a doctor may recommend a skin biopsy and culture from the affected area, culture of drainage from the infection, a blood culture, sputum culture through coughing if pneumonia is suspected, or a urine culture if a urinary tract infection is a possibility.

Treating the infection depends on the level of severity. Draining the abscess at the doctor’s office is usually the only treatment needed for a local skin MRSA infection.

The most serious MRSA infections are treated in the hospital or a long term care facility. In these cases, supplemental oxygen and intravenous medication may be part of the treatment. In cases of kidney failure, dialysis may be needed.

While those with a serious infection make get intravenous antibiotics for six weeks, others come for a month-long treatment and take their medicine orally.

“People take the pill for thirty days,” Lott says. “Their stay can be shorter, but we still have to rule out infection before we can send them home.”

Because of the nature of the disease, prevention and containment of MRSA in the elderly is an ongoing process that encompasses everything from paying close attention to a skin abrasion, to placing an infected patient in seclusion.

The most basic level of prevention simply involves good hygiene, especially if attending a healthcare center for treatment, or visiting someone in a long-term care facility. People should wash hands frequently, and use alcohol-based hand sanitizers. They should avoid sharing personal items such as towels or razors, as MRSA can be transmitted through contaminated items. All wounds should be covered with a clean bandage, and contact avoided with other people’s soiled bandages.

Extremely important is the close monitoring of skin wounds of any type, whether a minor abrasion or a surgical wound.

“Let’s say you have a scratch and then two days later it’s angry red; anything that gets darker in color, or if the skin gets into a hole, or peels away, should be immediately dealt with,” Lott says.

Elderly residents living alone or at assisted living facilities, where they are not necessarily in constant interaction with a caregiver, tend to overlook a MRSA infection in its initial stages. “They don’t think to tell anyone, it gets worse and worse, and by the time they tell someone it’s really infected,” Lott says. “A lot of the elderly think it will be okay, and don’t want to be a bother.”

But, she says, that is exactly the wrong thing to do, as this gives the infection time to grow. She said this is also a concern for the elderly living with a caregiver, although in this case an obvious skin infection may be noticed by the caregiver.

Once a MRSA infection has been identified, there are several steps that must be taken to prevent a worsening infection in the patient, and transmittal to others.

Wounds that are draining or have pus should be covered with clean, dry bandages, and patients should be careful to follow their healthcare provider’s instructions on care of the wound. Pus from infected wounds can contain staph and MRSA. Keeping the infection covered prevents the spread to others. Bandages and tape can be discarded in the regular trash. Hands should be washed after touching the wound or bandages.

At-home caregivers for the elderly are less likely to see the infection spread to other members of the household. This is because, outside of healthcare settings, there is little risk of transmitting organisms to persons at risk of disease from MRSA. Healthy people who do not frequent healthcare facilities are therefore at low risk of getting infected. Nevertheless, the following precautions should be followed in the home, according to CDC guidelines:

As the possibility of spreading a MRSA infection rises dramatically for elderly persons residing in hospitals, long-term care facilities, or nursing homes, extra precautions must be taken in these cases.

“It’s a major problem,” Morcone says. “Preventing MRSA infections is a priority across healthcare, including long term care facilities. Patients who have MRSA can easily spread the infection to others through their own activities or their caregivers’ hands.”

“If the wound is closed, small, and wrapped in dressing and with drainage, the only precaution you have to take is standard isolation,” Lott said. In standard isolation, caretakers wear gloves, but the infected person does not need to remain quarantined in her room; she can take a trip to the commons areas, or visit fellow residents, as long as those residents are not themselves carrying a disease or a skin infection, which would put them at risk.

On the other hand, a more serious skin infection-or worse, a blood infection-requires the patient to be placed in contact isolation, meaning he is required to stay in his room.

Although MRSA in the elderly is a growing problem, health officials stress that these kinds of preventive measures taken by healthcare providers, caregivers and the patients themselves make a significant difference in warding off infections or lessening their severity. Patients can easily perform the most basic of these, such as keeping an eye on skin wounds. And as institutions like the CDC continue to educate long-term care providers about the standardized protocols for prevention and containment of the infections, MRSA in the elderly is finally receiving the serious attention it deserves.

Jeannette Franks, PhD, is a passionate gerontologist who teaches at University of Washington and Bastyr University; she is the author of a book on assisted living and numerous articles. We all experience anxiety from time to time, some of which is normal and even productive. However, when anxiety becomes disruptive and disabling to a person’s…

The best advice for anyone living in a coastal community where hurricanes pose a threat is simple and to the point: be prepared. “The main issues are: get a kit, make a plan, and be informed,” says Victoria Melvin, American Red Cross preparedness associate. Seniors, in particular, she says, can face a host of special…

If your loved one has diminished capabilities and is unable to manage his or her affairs, it may be time to talk with a legal advisor about naming a guardian to make decisions for this person. In a guardianship proceeding, a court decides whether a person with diminished mental capacity should retain his rights to…

Whether it is labeled as acid reflux, heartburn or gastroesophageal reflux (GERD), this burning sensation occurs when contents from the stomach travel back up the esophagus, and it affects more than 15 million American on a daily basis. Due to physiological changes that occur with aging, elderly people are more apt to suffer from GERD,…

By: Merritt Whitley, editor All memory care communities are different. The staff, day-to-day operations, technology uses, and care techniques vary. It’s important to find a community whose requirements and services best align with the needs of your loved one. Your loved one is one-of-a-kind as well. Whether they have Alzheimer’s disease or another type of…