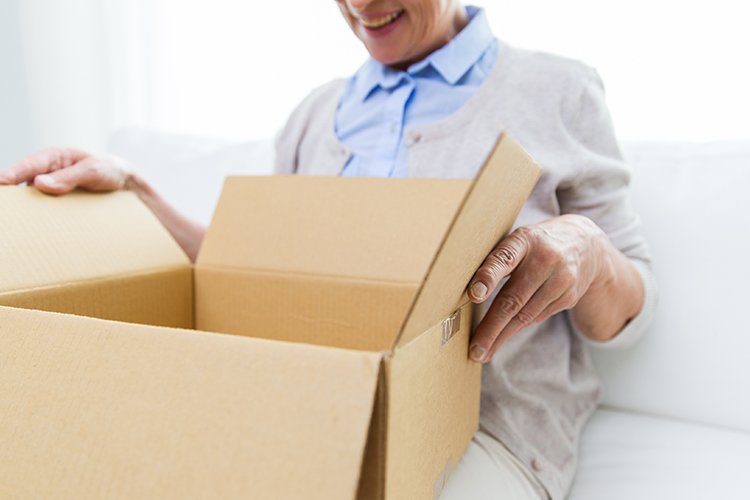 For a long time, Beverly Kalageorgi’s parents were the picture of health-and happiness. Married for more than 60 years, the couple, now both in their early 80s, were enjoying retirement and the quieter life from the comfort of their lakeside cottage in northern Michigan.

But life has a way of getting complicated, and that’s what happened to Beverly’s parents, Betty and Ken Qualls, in 2002. “Mom started having short-term memory loss,” explains Beverly.

At first, Beverly considered it a normal, though unfortunate, part of growing older. But as the weeks and months progressed, Betty’s memory loss worsened. “My father would bring it up with me,” she says. “He would say, ‘Mom’s losing her memory. She can’t focus on anything. It’s getting really difficult.’”

As it turned out, “difficult” was an understatement. “Dad was doing most of the work around the house,” says Beverly. That meant a daily five-minute hike, sometimes in the ice and snow, to check the mail, and over a half-hour drive to the grocery store each week.

“When mom was left alone, she became confused,” says Beverly. “Dad was concerned that something would happen to her while he was gone, and he told me, ‘I’ve got to do something, this is getting worse.’”

As the months went on, Betty became increasingly more confused and depressed. “She used to be a very independent lady,” Beverly says. “She ruled the roost for so many years.” But now, she refused to go outside, much less get out of her chair.

Beverly knew it was time to discuss the situation with her father Ken, and proposed that they at least think about the possibility of finding a home for Betty. But when she and Ken shared the idea with her mother, Betty was adamantly opposed. “I donotwant to leave,” Betty said emphatically. “I don’t want to sell this place!”

“It was personal for her,” explains Beverly. “She didn’t want to lose control.” But, Beverly settled on a temporary solution. For two winter seasons, she rented an apartment for her parents, which was just a mile from her home. “That worked very well,” she says. “They were here during the winter months, yet mom knew she’d be going back when the season changed.”

By the following summer, however, things took a turn for the worse. “Mom was now physically sick, and dad couldn’t leave the house,” she says. But then Ken had a mild heart attack. “He had to drive himself forty-five minutes to the hospital. It was impossible for them to stay where they were any longer.”

So Beverly helped them sell their home and move back to the apartment she had rented them the previous winter. But even with a new living situation, Beverly soon realized that her father was still shouldering the burden of her mother’s illness, and it was affecting his own health. “He was so attentive to her,” she recalls. “He wasn’t able to get out. He was losing weight, and one day he fell and broke his wrist.”

When Betty developed pneumonia, she spent five days in the hospital, followed by a three-month stay in a rehabilitation facility. “She hated it,” recalls Beverly. “She thought it was a nursing home. One day she picked up a water glass and threw it at my dad. She thought she was never going home.”

But she did return home, a final time. “I remember coming to the apartment one day finding dad in tears,” says Beverly. “He said, ‘I can’t do this anymore.’”

That’s when Beverly finally began her search for an assisted living home for Betty. “I looked in the yellow pages, drove around to a few places, but nothing seemed like something we’d be happy with. It felt like [trying to find] a needle in a haystack.”

Unsure of where to turn, Beverly went online and read about A Place For Mom. After an initial phone call, she was connected with A Place For Mom Family Advisor Maggie Champagne. “It was like all of a sudden someone was going to listen and help me find a solution,” says Beverly.

Maggie helped Beverly narrow her search to senior housing properties where Betty could be cared for 24 hours a day, while Ken could live nearby and remain independent. “I wanted them to be together as much as possible.”

A tough order? Not for Maggie. “When we talked on the phone, I could tell she was stressed,” says the A Place For Mom Family Advisor. “She knew what she was looking for, but didn’t know how to find it or where to start. I told her, ‘I can save you valuable time and stress.’”

Maggie referred Beverly to a place that met both parents’ needs. For her mother, Beverly chose an assisted living home that offered specialized dementia care. And just across the lawn was a senior apartment community perfect for her father. When Beverly brought him to tour both facilities, she saw something she hadn’t in a long time: his smile. “This is perfect-exactly what we want,” Ken said. “I love it; let’s do this.”

The couple moved in to their new homes in April 2006. “The day they moved was the hardest day of my life,” says Beverly. “Mom cried all the way, and she was angry at everybody for a few weeks. There was a lot of guilt for us.”

Now that both of her parents are moved into their new homes, Beverly takes comfort in knowing they are safe-and happy. Betty, since diagnosed with Parkinson’s disease and related dementia, has been well cared for by the staff of the assisted living home and has adjusted well. And Ken, who says he feels “rejuvenated,” has gotten a new lease on life. “He calls his new home his ‘bachelor pad,’” says Beverly. “He goes over to have lunch with mom everyday. His health has improved, and he’s gained weight. He’s got a life!”

Beverly says the move has brought her closer to both of her parents. “All of my time spent with mom involved care,” she says, recalling life before the move. “It wasn’t quality time. I was either scrubbing the floors or bathing her. We now watch TV together, take walks, and have lunch together. Dad can get out too; we can take him out to dinner. When we would get together before, there was always a lot of anxiety. Now that’s gone.”

Her advice to other families in similar situations? Beverly isn’t bashful about sharing her good experience with others. “Call A Place For Mom,” she says. “They’re absolutely amazing. It was the best thing for everyone.” And, she adds: “Don’t be afraid to ask for help. Know that it will get better. When you’re in the middle of it, it can be so overwhelming. But, with the right help, it can-and does-get better.”

by Jeannette Franks, PhD, a passionate gerontologist who teaches at University of Washington and Bastyr University; she is the author of a book on assisted living and numerous articles. Whether you are crossing the country or crossing the street to visit your loved one in her new home, it can be difficult to adjust your…

By: Samantha L. Shepherd, J.D., certified elder law attorney When a crisis is at hand and a decision needs to be made about how much or how little care people want when facing a terminal illness, they’re often unable to express themselves. That’s why it’s a very good idea to create advance directives. When decisions…

Questions You Can Ask Your Doctor

Today, patients take an active role in their health care. You and your doctor will work in partnership to achieve your best possible level of health. An important part of this relationship is good communication. Here are some questions you can ask your doctor to get your discussion started: QUESTIONS ABOUT MY DISEASE OR DISORDER:…

When detected early, breast cancer is treated successfully 98% of the time. Researchers continue to make impressive gains in the detection, diagnosis, and treatment of breast cancer. For example, according to the Mayo Clinic, the radical mastectomy, once a standard procedure for women with breast cancer, is now rarely performed. However, breast cancer in seniors…

Finding the right assisted living community is one of the most important decisions you can make. We’ve compiled the top elements to look for when assessing a senior community. During your visit, consider the quality of care that your loved one may receive, and what type of environment your loved one will enjoy on a…