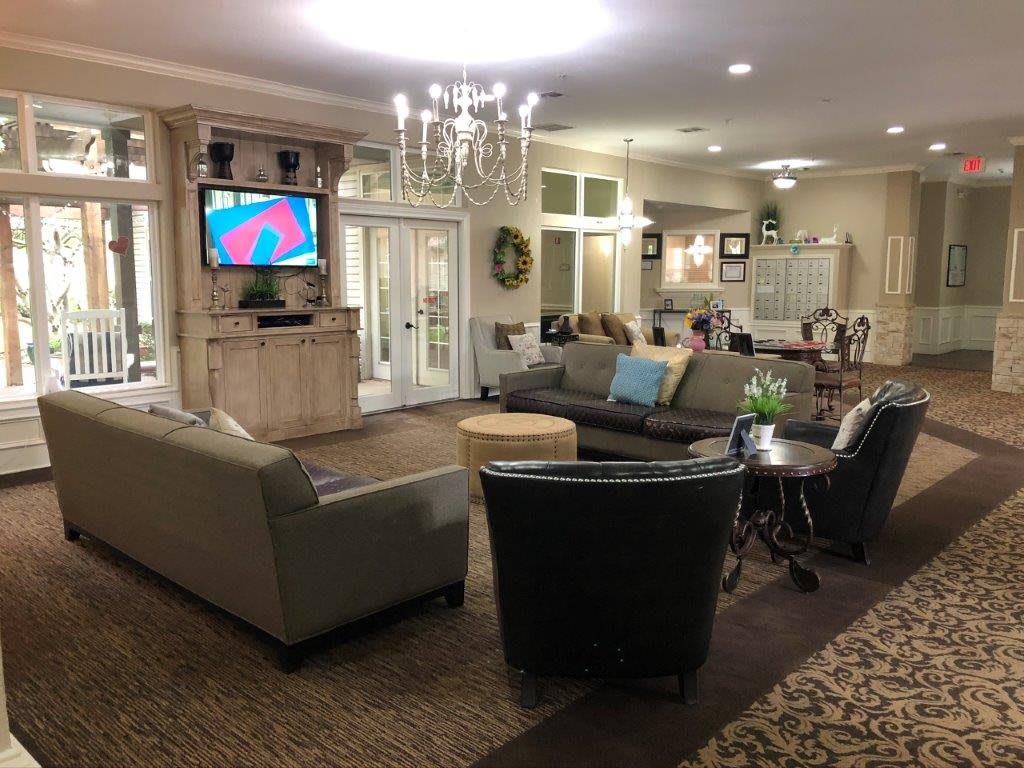 Affectionately nicknamed the €œJewel of Carrollton€ by our residents and staff, The Villagio at Carrollton sparkles in the specialties of memory care, respite care, and assisted living within the family of Villagio senior living communities. Our tight-knit Carrollton campus includes two types of care units, which we call neighborhoods one for assisted living and the other for memory care. Our community is a good choice for someone who would like to begin in our assisted living neighborhood and easily transition into memory care if desired, while remaining in a familiar setting. We're tucked into a quiet residential area with plenty of local amenities nearby. The craftsman-style architecture and well-maintained grounds create a simple and professional appearance that feels welcoming as soon as you arrive. The Villagio philosophy of care centers around treating each resident as the unique person that they are, with hobbies, interests, backgrounds, and passions all their own. Celebrating the individuality of everyone fosters an enriching environment throughout our neighborhoods and promotes lasting friendships. Our holistic approach creates the sense of €œBella Vita€ the good life! Come visit us to experience it for yourself.

The Villagio at Carrollton features...

My mother suffered from cruelty and abuse during the nine months she lived at Villagio of Carrollton. Her room was infested with biting bugs and she was being eaten alive, but they insisted she was a "carrier" and somehow producing these bugs in her own skin. Ridiculous! When I refused a very poisonous skin treatment (which she did not need), they quarantined her in her bug-infested room for 5 days with NO TREATMENT of any kind, not even anything to soothe her burning, itchy skin. They even took away the aloe vera gel I brought her, so she took cold soda cans from her mini-fridge to soothe her irritated skin. Outrageous! Dermatologist confirmed that bites were from bugs in her environment, but Villagio didn't have the ability to find them. They kept treating for bedbugs, even though doctor and exterminator confirmed there were no bedbugs. After two months of this, my poor mother being quarantined and labeled "contagious" (which doctor confirmed she was NOT), I removed her from the facility. The mental abuse from being isolated and told she was to blame for the bug bites was horrific. The Executive Director, [name removed], should be removed from her position. Her cruelty and uncaring attitude are reprehensible. The Head Nurse, [name removed], actually tried to convince me that steroid cream was like antibiotics and had to be used for a full cycle of a certain number of days, which is the opposite of true. She wanted to keep putting steroid cream on my mother's healthy skin for three more weeks. Crazy! When I reached out to the corporate office, Cappella Living Solutions, for help, their Regional Director of Operations, [name removed], proved himself to be just as obtuse as [name removed] and [name removed], supporting their cruel and ridiculous antics. If you want a caring environment for your loved one where the leadership is smart enough to exterminate bugs and administer medication properly, DO NOT put anyone you know in Villagio of Carrollton or any Cappella Living Solutions property. Other than that, the staff themselves were very kind to my sweet mother. Unfortunately, the diet is pure sugar and carbohydrates. My mother gained about a pound a week--25 pounds in six months--living at Villagio of Carrollton. Dessert after both lunch and dinner, sugary snacks in the morning and afternoon, and too many carbohydrates in general is not a good diet for anyone, much less a senior adult. This facility does not know how to provide a healthy environment for a senior. Period.

How do other families rate Villagio of Carrollton Senior Living?

Villagio of Carrollton Senior Living has received an average review rating of 3.85 based on 1 reviews. See all reviews.