The Residence at Selleck's Woods 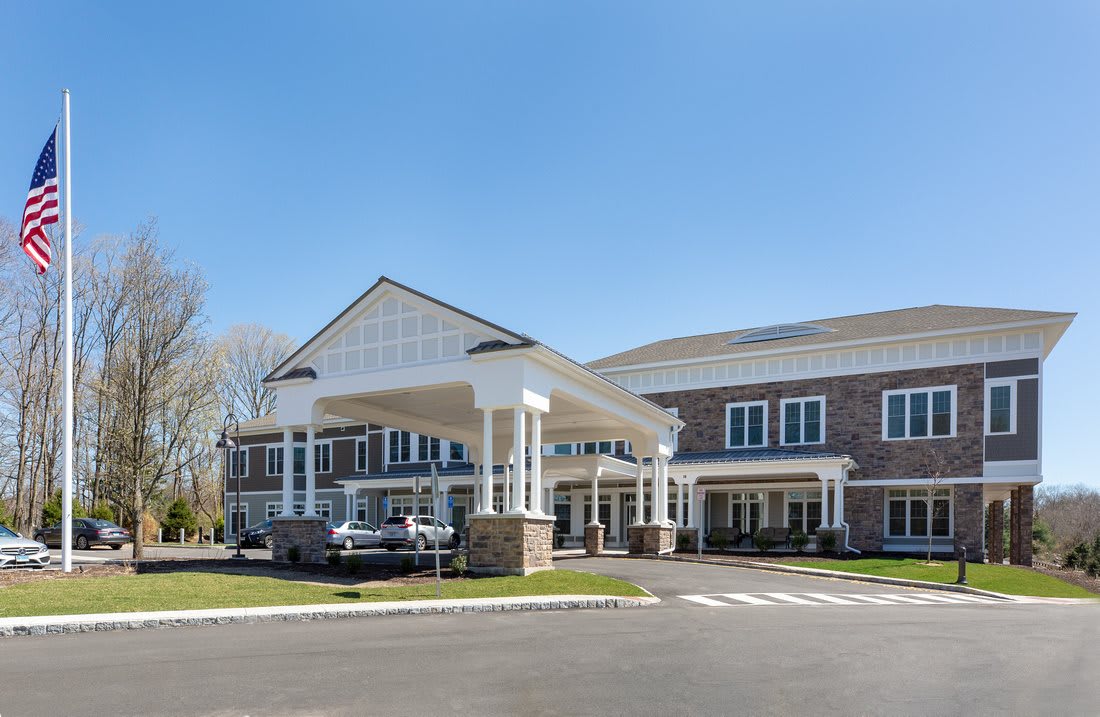 Welcome
The Residence at Selleck's Woods is a premier luxury, and boutique-style Independent Living, Assisted Living and Memory Care community, in beautiful Darien, CT. When you join our family, you’ll thrive in a vibrant community setting, and as importantly, your family and friends will have the comfort of knowing you are fulfilled in your new home.

Overlooking the Selleck's Woods Nature Preserve's 28 acres, our community offers tremendous natural beauty, nearby all major roadways. From this ideal location, residents can easily enjoy the quaint shops, restaurants, and many recreation, cultural and civic attractions that the area offers.

Our Reflections Memory Care neighborhood is renowned for its approach, and benefits from our collaboration with world class institutions.

We are currently offering in person and virtual tour options - schedule yours today!

Pricing at The Residence at Selleck's Woods

Add a review
Verified Review
A Place For Mom has verified the person writing the review and their connection to the community
1-1 of 1 reviews
January 30, 2020
Liars, thieves, unprofessional

To call the directors/managers/people in charge of Selleck Wood's liars, thieves, and the most unprofessional people I have ever had the pleasure of dealing with would be the understatement of the century. They are in it completely for the money and could care less about your loved ones. Here is our story in brief: We transferred my father to their assisted living facility 3 months ago with the following care plan: 2-3 weeks of 24/7 care and observance to see if his condition improved and to see if he could handle living independently - if not, Selleck Woods would happy to put him in their memory care unit. About 2 weeks in, we realized that he would be unable to care for himself without full time help and while he sometimes enjoyed his interactions with the community, it was clear that his condition required a memory care unit. Not only were we then denied entry into the memory care unit, we were provided no plan going forward other than, "just keep doing what you're doing and we'll make another assessment in two weeks". When pressed about what the details of that assessment would be and what they were looking for, we got nothing - "oh we'll figure it out when we get there". [Name removed], the director of nursing, is incompetent at her position and relies entirely on her nursing staff to do her job. During this entire episode, the 24/7 caregivers provided by them through a 3rd party were constantly late, slept on the job, or spent the entire time on their cell phones. Selleck Woods had no advice or help - we ended up hiring an agency we found ourselves although my mother spent every day basically babysitting them. O Another incident involved one of the nurses dispensing the medications who got into an argument with my mother one day because it was clear she was not following the medicine timetable - she showed up an hour early because it was clear she wanted to get off work. When asked why she wasn't following the chart, she yelled at my mother and finally after getting her supervisor involved, she sullenly waited to dispense the meds at the correct time. Luckily my mother was around to catch the incidence. Fast forward to today. My father had an episode that Selleck Woods decided they could not handle so we were forced to check him into Silverhill where he caught pneumonia and had to be transferred to the hospital. I'll be posting about Silverhill and the physical abuse my father received while there. Sufficed to say, once he was allowed to leave the hospital, there was no way we were taking him back to Silverhill. When my brother went back to Selleck Woods to explain that my father had been officially discharged, he was told that they were refusing my father entry and that we had been "evicted" despite a contractual obligation of no less than a 15 day notice for removal from the property, not to mention a MORAL obligation as an assisted living community to help my father and family. When my brother tried to stand his ground, [name removed](one of the directors) called the police on my brother and threatened to have him arrested. We will be reporting the police officer who was completely unprofessional in his behavior towards my mother and especially brother. We are still owed our deposit and the last half of the month we paid for. But that's just money. The humiliation, threat of arrest, and so much more were more damaging than anything else. And the cherry on top, my father currently has nowhere to go for his condition. This is the short version of our nightmare. And we will not be silent on this matter for the sake of anyone else considering this community for their loves ones. Don't. Stay away.

Response from The Residence at Selleck's Woods

We are very sorry that your family's experience has been so stressful; many of us have family members in senior housing situations and know what it can be like. We are ethically and professionally unable to discuss your father's personal situation (or the reasons that the authorities needed to be involved) in public, but in this case it was determined that because of his current circumstances, we cannot provide him with a safe environment and the care that he needs. As you know, our community does not provide medical services, and it is our obligation to your father, to you, and all of our families to know what our limitations are, and to help families find other, more-suitable accommodations when necessary. We are sorry that you did not find our suggestions to be satisfactory, but we are confident that our assessment of his situation and what he needs to be safe and healthy is accurate. We wish you and him the best in the future.

How do other families rate The Residence at Selleck's Woods?

The Residence at Selleck's Woods has received an average review rating of 0.5 based on 1 reviews. See all reviews.

Bridges by EPOCH at Norwalk

The Village at Waveny

The Residence at Summer Street