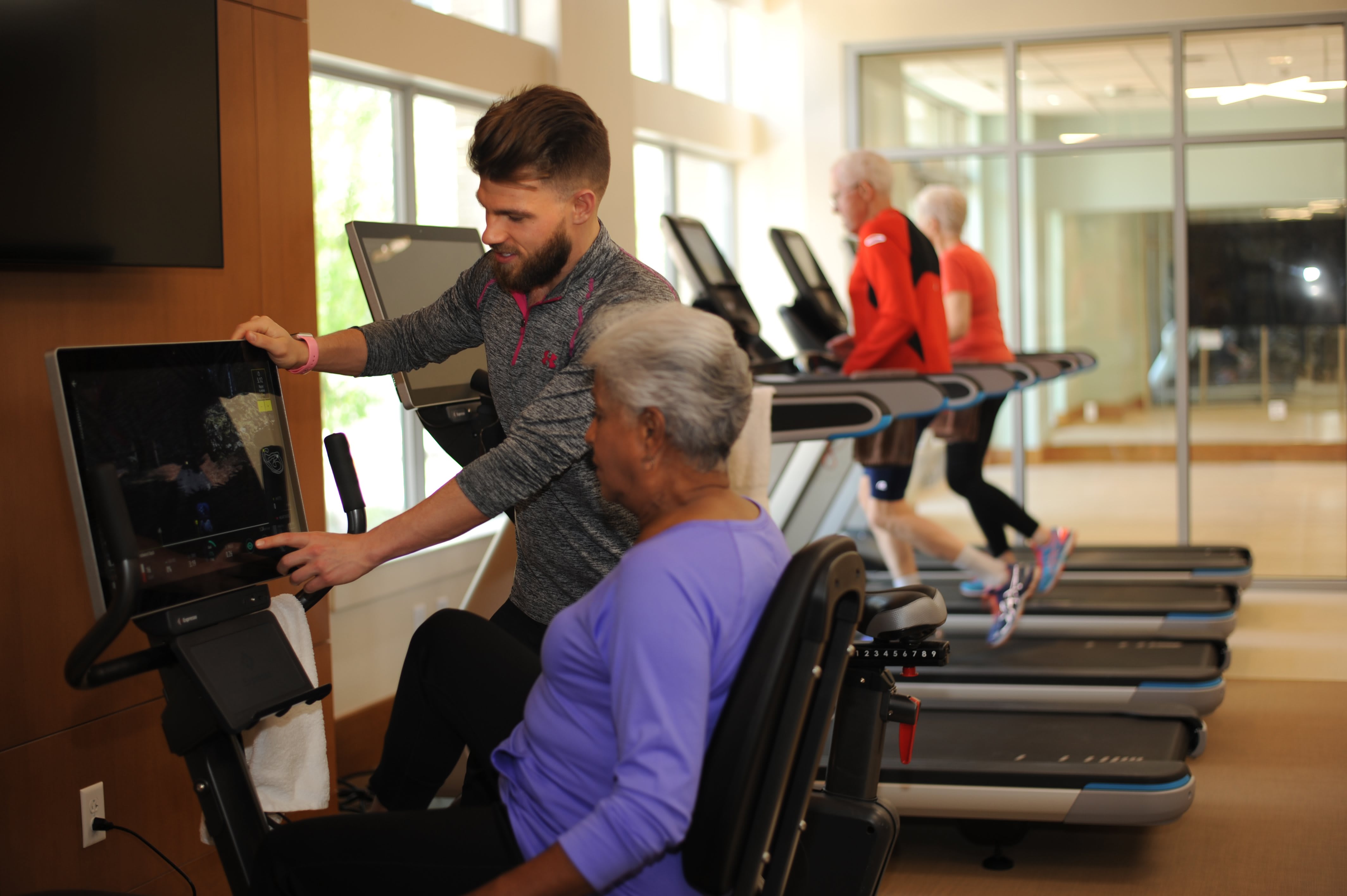 Ingleside at King Farm is a not-for-profit, continuing care retirement community central to the award-winning intergenerational King Farm development. We offer small town living just a short ride from the nation's capitol. Inside our walls, you will find a stress free lifestyle with a variety of cultural arts, wellness activities and amenities to choose from, and some of the area's most spacious apartment homes. But most of all, you will find unique members with rich life experiences who have created a community within a community.

Pricing at Ingleside at King Farm

Reviews of Ingleside at King Farm

High class, high end. For us, too pricey.

I enjoyed the tour that I was given at Ingleside at King Farm. The staff that offered the tour were very helpful and informative. The community is well kept and very tidy. It is a very nice community!

My uncle moved into Ingleside at Kings Farm in November 1, 2015 and he passed away unexpectedly mid June 2016. He gave Ingleside a $299,000 Entrance Fee to move in and paid $3,115 per month in rent. Based on their Agreement, Ingleside takes 4% of his $299,000 plus his rent every month until all of the $299,000 is gone, and then he would only have to pay the rent for as long as he lived there. My uncle paid Ingleside $119,530.61 in rent and the 4% declining Entrance Fee to live there for merely 7 2/3 months. That is a charge of $15,584.18 per month while he was living there. As if that weren’t sufficient compensation for Ingleside, they also intend to hold my uncle's remaining $203,320 Entrance Fee Refund captive for at least 6 months after his passing. They told me that amount of time they could hold his money captive would have been even worse if, while alive he had wanted to leave Ingleside for any reason, even an emergency. Apparently, the Agreement they make you sign requires 90 days notice to leave, plus Ingleside does not return any of the funds that are due to you from your large Entrance Fee until they: 1. Get around to renting your apartment (unknown amount of time - 1 month and counting so far) 2. Receive a 10% deposit from the new renter (Agreement gives them 2 more weeks) 3. Then receive full payment from the new renter (Agreement gives them 90 more Days) 4. Then Ingleside still holds your money for another 60 days after that just to cut a check. Ingleside constantly tells everyone that there is a backlog of people waiting for apartments, but they have not produced a new renter in the month since my uncle passed. So, even if they got a signed deposit today, they would hold my uncle's +$200,000 for more than 6 months after he had passed. Even worse, if my uncle had just wanted to leave Ingleside because he didn't like the facility, they would have held his money for 9+ months. There is no way he could have ever afforded to move somewhere else that also had an Entrance Fee while Ingleside held his money captive for 9 months. Please be careful if you decide to move into Ingleside at Kings Farm. Make sure to change the agreement so that it requires that they return all the money that be longs to you within 1 week of leaving or you will never be able to leave, or when you pass away your estate will be tied up for at least 6 months after your passing. Before I posted this I asked the leadership at Ingleside at Kings Farm to release my uncle's funds so I could settle his estate - They Refused

How do other families rate Ingleside at King Farm?

Ingleside at King Farm has received an average review rating of 3.67 based on 3 reviews. See all reviews.