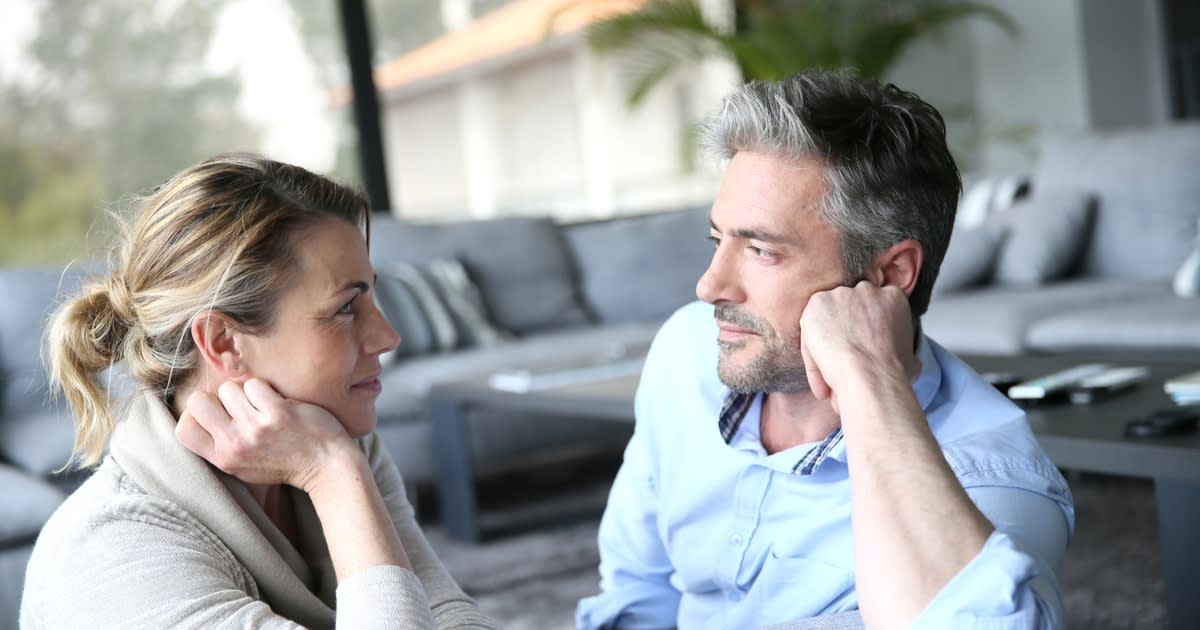 On a Sunday afternoon two years ago, a phone call with my older brother Rick once again slipped into old-resentment territory. This time we wrangled over a rotisserie chicken.

“Just take Mom and Dad a chicken and a salad,” I insisted. I lived in Kansas City, Missouri, 400 miles from our parents. Rick’s house was two miles from their home in Illinois. He refused, saying Mom was fine and could drive to the store herself.

Mom was 78, had chronic kidney disease and was worn down from caregiving for my dad, who was 83 and recently diagnosed with Alzheimer’s. Dad was declining, sleeping most of the day, refusing to shower and rarely speaking more than a few words.

My parents had plenty of groceries but it didn’t seem too much to ask Rick to deliver a few prepared foods to ease Mom’s load. “You’re more than welcome to move here and do it yourself,” he told me. The conversation soon devolved into a defense of his stance and a snide remark from me, questioning his Christian values. Then there was only silence. He’d hung up on me.

That phone call wasn’t so different from our bickering in the back seat of my parents’ station wagon during childhood vacations. We each had reason to be prickly, though.

The top two stressors for Alzheimer’s caregivers are lack of appreciation and strain between siblings, according to a 2017 survey conducted by the Alzheimer’s Association.

However, the survey also found that the relationship between siblings was “equally as likely to be strained as it was to be strengthened.”

My relationship with Rick had always been strained.

Little did I know that the hard road ahead of us would actually bring us closer.

Rick drove our parents to doctors’ appointments and installed safety bars in their shower, all while dealing with Mom’s resistance to hiring some in-home care.

I’d always been close to my younger brother Steve, who lived an hour from our parents and also helped out. My relationship with Rick was a challenge, though.

As a boy, Rick had bullied me, and those memories flared up during caregiving disagreements. Rick didn’t think much of me, either. When I was 17, I was rebellious, drinking beer and smoking with my underage friends. Rick attended a fundamentalist church and wanted nothing to do with me.

Later, Rick became a police officer, enforcing the rules while I became a writer, eager to question them. We voted on opposite sides in every election, disdainful of each other’s views on nearly everything. We rarely spoke.

By the time Dad was diagnosed with Alzheimer’s, when I was 55 and Rick was 58, our relationship was a minefield of resentment. Now I’d have to work together to help our parents with a brother I barely knew.

A long-distance sibling often expects that the local caregiver will do most of the work, says Jennifer FitzPatrick, author of “Cruising Through Caregiving: Reducing the Stress of Caring for Your Loved One.”

“The sibling who isn’t as directly involved needs to tread very cautiously in critiquing plans the primary caregiver is making,” says FitzPatrick.

According to FitzPatrick, tension can escalate between sibling caregivers when:

“Sometimes a sibling desperately wants to help but is not being updated or told what he or she could offer,” says FitzPatrick.

Despite our differences, I focused on Rick’s good points, knowing that we needed to get along in order to make decisions about Dad and possible memory care placement. He did the same with me.

Rick and I talked more honestly. I asked him to call instead of texting cryptic messages about our parents’ health. He wanted me to stop worrying so much and trust his decisions. With better communication, our relationship improved.

That summer, Dad spent a week in the hospital. No sooner than he got released, Mom was admitted with low kidney numbers. Rick and Steve took turns staying with Dad while Mom was in the hospital.

I couldn’t take off work. All I could do was call. One afternoon when Rick answered his cell phone, I could tell he’d been crying. “It’s just so sad here, just sad and depressing,” he told me. Like me, Rick had his own fears and fragility over all of our changing lives.

To my surprise, the more time I spent talking with Rick, I actually began to like him. I witnessed a more gentle side of him as he consoled his daughter about her college worries. He appreciated that I traveled to Illinois every two months, bringing meals I’d prepared for Mom and Dad.

Rick even apologized for being a childhood bully. We both realized that we’d carried faulty assumptions about one another for our entire adult lives.

My dad died in his sleep in 2016 while still living at home. Now it’s just our mom we need to look after, and she’s doing better. Still, we could one day face another difficult journey with her.

If that happens, though, at least now I know I have two brothers to help me through it instead of feeling like I have only one.

Have you been in a similar situation with your siblings? How did you improve your sibling relationships during this time? We’d like to hear your story in the comments below.