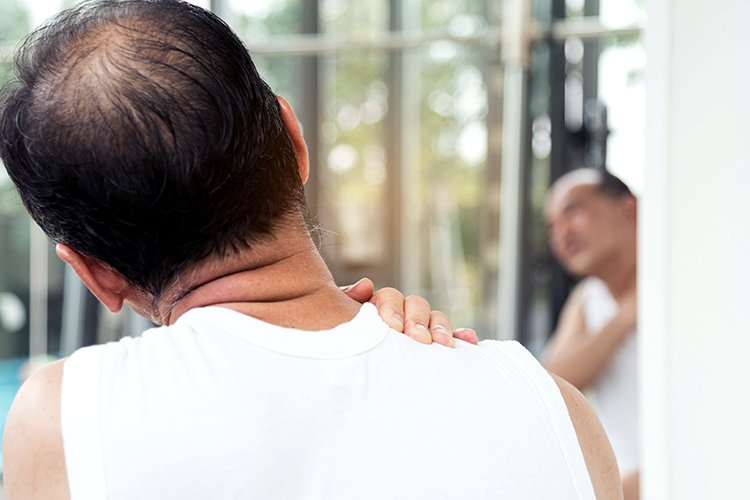 Although COPD is the fourth leading cause of death in the United States, many Americans are not familiar with this acronym. Standing for “Chronic Obstructive Pulmonary Disease,” COPD is characterized by chronic airflow limitation in the lungs. Most often a combination of two diseases — chronic bronchitis and emphysema — this umbrella term also includes diseases such as chronic asthma and severe bronchiectasis.

Perhaps the reason COPD is not a household term is that it is under-diagnosed and misdiagnosed. While more than 12 million American carry the diagnosis of COPD, another 12 million likely have the disease and aren’t aware of it, according to the Centers for Disease Control. “This is a disease that comes on slowly. A person is often short of breath and she thinks, ‘I’m out of shape,’” says Gretchen Lawrence, a respiratory therapist and program associate for the National Lung Health Education Program (NLHEP). “People think shortness of breath is normal as you get older, but it is not. People ignore [the symptoms], it’s underappreciated, and doctors and other health care professionals often do not ask the right questions.”

COPD causes progressive damage to a person’s lungs. The airways of the lungs become obstructed, making it hard to breathe. “My medical director at the hospital described it this way: Dying of COPD is dying of shortness of breath one breath at a time. The rest of the body wears out, too,” says Lawrence. In other words, COPD can lead to other comorbid conditions such as heart disease.

Often seniors with COPD will blame their symptoms on age or the side effects of smoking. Most often, people are not diagnosed with COPD until they have lost 50 percent of their lung function. “We were blessed with having two lungs and also an incredible compensation mechanism in our bodies,” says Lawrence. “A person can lose up to 50 percent or less of lung function for any reason and compensate (the symptoms will seem to go away).” For example, if a loved one becomes winded walking up a hill, he will stop or slow down; perhaps he’ll never walk up that hill again, avoiding the onset of a COPD symptom.

If your loved one suffers from any of the following symptoms, a doctor’s visit may be warranted:

To understand COPD symptoms, it is helpful to picture how both emphysema and chronic bronchitis affect the lungs. Leading to each lung is a major airway (bronchus). This airway divides into 22 tubes inside each lung; these tubes are themselves divided into more than one hundred thousand tiny tubes (bronchioles) that end in clusters of tiny air sacs (alveoli) resembling bunches of grapes. These air sacs have membranes filled with tiny blood vessels. When a person breathes in, oxygen attaches to the red blood cells on the vessels and is delivered to the rest of the body; carbon dioxide comes back via these same cells and is expelled when the person breathe outs. “When you have emphysema, the airways that lead to these air sacs become kind of limp and lose their elastic recoil. When you breathe out, it is like air getting trapped in an old balloon that has been blown up a million times. Air gets in but carbon dioxide can’t get out. When the air sacs trap carbon dioxide, that gives the feeling of shortness of breath,” says Lawrence. Chronic bronchitis is a disease of the lungs’ airways. The airways become hypersensitive, causing more mucus to be produced. This mucus plugs the airways, holding air in and making it difficult to expel air.

This damage to the lungs is usually caused by the number one risk factor for COPD: cigarette smoking. Only about 10 to 20 percent of COPD sufferers are non-smokers, says Dr. Dennis E. Doherty, FCCP, a professor of medicine and chief of the pulmonary, critical care, and sleep medicine division at the University of Kentucky’s College of Medicine, and chairman of the NLHEP. Other risk factors include:

A simple breathing test called spirometry is the most common diagnostic test for COPD. The NLHEP recommends that anyone older than 44 years of age who is a current or was a former smoker should have a spirometry test. Also, anyone of any age with a chronic cough, excess mucus production, shortness of breath on routine activity, or wheezing should have spirometry testing. The test uses a device called a spirometer, which consists of a mouth piece and breathing tube connected to a computer. The patient takes a deep breath and then blows out air as fast and hard as he can for at least six seconds. The computer reading includes the following set of numbers:

The FEV1 and FEV6 results are compared to data compiled on people the same age, height, weight, race, and gender as the patient, and expressed as percent of predicted for that patient. A FEV1/FEV6 ratio value of less than 70 percent indicates airflow obstruction and usually a COPD diagnosis. Other tests may be administered to determine the extent of COPD. These include arterial blood gas analysis, pulse oximetry, sputum examination, CT scans, and chest x-rays. According to the Global Initiative for Chronic Obstructive Lung Disease (GOLD), the stages of COPD are:

Stage I, or Mild: Few symptoms and mild airflow limitation, with a FEV1/FE6 ratio at less than 70 percent but the FEV1 at greater than 80 percent predicted.

Stage II, or Moderate: This is the stage where patients are typically compelled to see a doctor, as they have developed symptoms such as shortness of breath upon exertion. The FEV1 is between 50 and 80 percent of predicted.

Stage III, or Severe: Symptoms at this stage include worsening airflow limitation, increased shortness of breath, reduced exercise capacity, fatigue, and repeated exacerbations. The FEV1 is between 30 and 50 percent of predicted.

Stage IV, or Very Severe: Chronic respiratory failure can occur at this stage and COPD exacerbations can be life threatening. The FEV1 is less than 30 percent of predicted.

“There is a stigma that [COPD] is irreversible and it’s self-inflicted,” says Doherty. “It’s a partially reversible disease, meaning that with medicines you can improve symptoms and often lung function. You can [also] slow the progression in some cases.” If a patient smokes, stopping smoking slows the progression. According to Doherty, those who stop smoking don’t regain lost lung function, but they slow that loss to the normal rate observed in non-smokers, as well as decrease symptoms and live longer. To help a loved one quit smoking, contact the American Lung Association, log onto www.SmokeFree.gov, or call 1-800-QUIT NOW.

Although there is no cure for seniors with COPD, treatment and management of the disease should have the following goals, according to GOLD:

Often a primary care doctor will refer seniors with COPD to a pulmonologist; they may also work with a respiratory therapist. COPD treatment is dependent on the stage of disease and the symptoms that are present, and can involve the following:

For seniors with COPD, self-care is important. Preventive habits include: good hygiene such as frequent hand washing, getting scheduled flu and pneumococcal vaccines, staying out of crowds during winter, good nutrition, and regular exercise. Support groups such as the American Lung Association’s Better Breathers Clubs are also helpful. It’s vital that patients still lead an active social life. “It’s very important psychologically not to take the diagnosis and say I have to stay home in my easy chair and not do anything anymore,” says Lawrence. “Patients [need] to get involved and maintain a healthy and normal lifestyle, doing the things that are important to them.”

Stroke is the third leading cause of death in the United States and a leading cause of serious, long-term disability in adults. About 600,000 new strokes are reported in the U.S. each year. The good news is that treatments are available that can greatly reduce the damage caused by a stroke. However, you need to…

How to Choose a Residential Care Facility

Driving by residential care facilities only gives us a glimpse of its environment. Before stepping inside potential custodial care homes, think about the needs of your loved one, and prepare a list of questions and concerns. Since there are no federal standards for these small care homes, it’s vital to thoroughly research each potential residence….

If you or a loved one is dealing with a dementia diagnosis, you’re far from alone. The latest estimates from the Alzheimer’s Association indicate that nearly 5 million Americans are currently living with an Alzheimer’s diagnosis, and Alzheimer’s patients account for only 60-80% of total dementia patients.   DOWNLOAD EBOOK

Benefits and Downsides of Reverse Mortgages

WHAT IS A REVERSE MORTGAGE? A Reverse Mortgage – also called a Home Equity Conversion Mortgage (HECM) — is a type of loan for homeowners over the age of 62 that turns the equity saved up in a home into cash. When someone secures a Reverse Mortgage, they are able to use the money from…