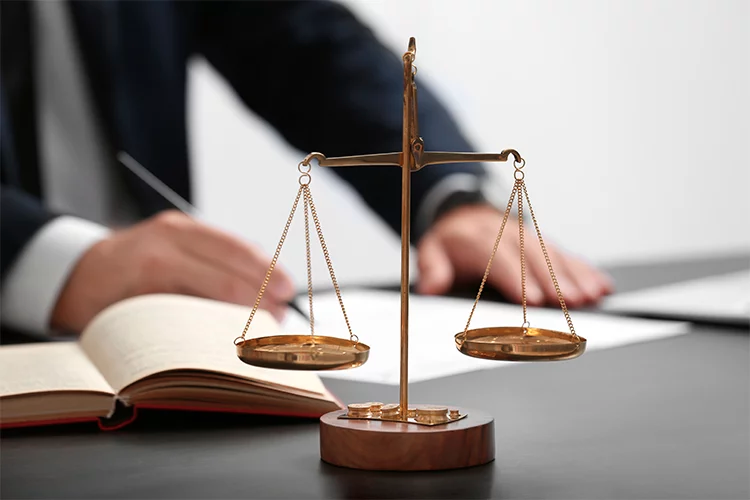 Brandon Fields is an elder law attorney in Boulder, Colorado. He works with seniors, their families and the disabled. Caregiver children form a large portion of his clientele.  As elder law attorney Brandon helps clients find solutions to a wide array of issues, including long-term care planning, estate planning, Medicare, guardianship and conservatorship and special needs trusts for the disabled. Brandon is also the co-chair of the elder law section of the Colorado Bar Association and frequently speaks in the community on elder law topics.

Below are Brandon’s answers to some of the top questions we’ve received about elder law:

What items in an assisted living contract agreement should you look at carefully before signing?

Since this will be a legally binding contract, it is important to review the entire agreement, but certain issues regularly come up in reviewing such contracts. The first issue is to make sure that the services the senior anticipates needing are included in the fees you are paying, or there is an acceptable schedule of charges. Practices vary widely among facilities as to what services are included in the monthly charges and what services are provided a la carte

A second major point is for an adult child, relative or friend not to inadvertently enter into a guarantee of payment with the facility. Such a guarantee should generally be deleted or language should be inserted that the responsibility for payment is only to the extent of the assets of the senior. Other items to avoid would be a waiver of a future claim of negligence by the facility and an agreement to resolve any dispute by arbitration, in effect waiving your right to go to court.

This is a general discussion of issues, but does not constitute legal advice. If you want legal advice on your contract, you can engage an elder law attorney to review and comment on the specific proposed agreement.

I have been told by our accountant that we can claim Mom as a dependent because of the amount of financial assistance we give her. If we claim her, are we then responsible for her medical or other debt she has incurred?

Claiming a parent as a dependent for tax purposes does not make a child responsible for the parent’s debts. However, approximately 27 states do have laws on the books known as filial responsibility laws. These laws purport to create a framework to hold a child responsible for the “necessities” of an indigent parent, which could include medical or nursing home costs, where the child has the ability to pay the costs. As a general matter, these laws are generally quite old and have rarely been used, and some are also limited to a parent under the age of 65. However, earlier this year a Pennsylvania court held a son liable for approximately $95,000 of his mother’s nursing home costs for rehabilitation after a car accident. The mother incurred the costs and then moved to Greece without paying. It is of course difficult to know, if such a case were brought in your state, whether claiming the person as a dependent for taxes might be a factor used as evidence to support such a claim for filial responsibility, if one were initiated by a medical provider or facility.

Please explain what a remainder trust is and does. Does it totally protect your assets and estate?

A remainder trust, also referred to as a charitable remainder trust or CRT, is a specific type of trust used to create a flow of income for beneficiaries for a term of years or for life, with the remainder going to charity upon the end of the term or upon death. The grantor who sets up the trust and contributes assets receives a charitable tax deduction for the present value of the remainder interest at the time the trust is established. If the grantor contributes appreciated property or securities, he or she can also avoid the eventual capital gains tax on these assets. This is not a type of trust typically set up for asset protection purposes, though since it is an irrevocable trust, the assets contributed are generally beyond the reach of creditors, and will go the named charity or charities. Other types of trusts are more frequently used to protect assets from creditors or Medicaid recovery or to avoid probate of an estate.

Wright Abshire Attorneys is a team of distinguished attorneys ready to handle the most complex elder law needs that families in Texas face.  All of their attorneys have earned the designation of certified elder law attorney (CELA) by the National Elder Law Foundation, in addition to a number of other prestigious accolades.  Their firm is ranked as a Tier One law firm by Best Lawyers and US News and World Report and is among the top elder law firms in Texas

Below they shared with us some of their expert knowledge surrounding common legal issues seniors and their families face:

My father was recently diagnosed with Alzheimer’s disease and his behavior is hostile and unpredictable. He is talking about cutting our mother and us four kids out of his will. We don’t think he’s in his right mind. What can we do to prevent him from making a decision he would regret if he were still lucid?

It is not uncommon to have a family member who may be exhibiting behaviors, which indicate a serious decline in the person’s mental capacity.  Assuming there are no other ways available to prevent the person from making poor judgment calls, the person may need to become the subject of a guardianship proceeding to bring the matter to the attention of a court of competent jurisdiction to address these issues.  A person has a number of liberties to make decisions regarding their person and finances.  If the court finds that the person presently lacks capacity to make decisions in these matters, the court may issue orders preventing the person from making decisions while incapacitated.  Any attempt thereafter to exercise a document subject to the court order would be void or voidable.

Not unless you agreed to be personally liable for the bill (terms indicating you may be responsible for the bill could be “guarantor” or “co-signor”).  If you are the agent under a power of attorney for your mother and are withholding payment for no good cause, then the company could sue you in your capacity as agent for negligence and failing to pay them.  A person should be careful before signing a nursing home or assisted living contract.  Try to modify the contract to state that you are obligated to pay as the responsible person only to the extent of your parents’ assets, not your own.  Also, you should take note that if a nursing home tries to make the family sign as a financially responsible agent, it’s against the law.  The Nursing Home Reform Act of 1987 prohibits a nursing facility that accepts either Medicare or Medicaid from obligating a third party for payment of another person’s cost in the home as a prerequisite of admission to the facility.  Some facilities are unaware of this federal law, but should be, and others are aware of the law and take advantage of people anyway because the facilities are unscrupulous.

If your loved one has diminished capabilities and is unable to manage his or her affairs, it may be time to talk with a legal advisor about naming a guardian to make decisions for this person. In a guardianship proceeding, a court decides whether a person with diminished mental capacity should retain his rights to…

DEBBIE BURAK Debbie Burak created VeteranAid.org to provide information, free of charge, to veterans, their spouses and families. If you are a veteran, the surviving spouse of a veteran or the responsible family member of a veteran, Debbie urges you to apply for the VA Aid and Attendance Special Pension at the earliest time possible….

Although it’s time-consuming and may feel uncomfortable to make financial and long-term care decisions, it’s more problematic when these decisions are never made. Estate planning is one arrangement that your family should consider making, to avoid family fights, legal fees or government possession later on – and it doesn’t have to be difficult. Learn about…

Adult children of aging parents are often caught without the essential documents their parents need in an emergency situation. Knowing where the official records are located as well as having copies of these important financial, legal and health documents can save you thousands of dollars and countless hours of time spent tracking down records. Download…

By: Samantha L. Shepherd, J.D., certified elder law attorney When a crisis is at hand and a decision needs to be made about how much or how little care people want when facing a terminal illness, they’re often unable to express themselves. That’s why it’s a very good idea to create advance directives. When decisions…