Assisted living facilities offer housing and care for active seniors who may need support with activities of daily living, like bathing, dressing, and medication management.

Residential care homes are shared neighborhood homes for seniors who need a live-in caregiver to assist with activities of daily living, like dressing and bathing.

VA benefits for long-term care, such as Aid and Attendance benefits, can help eligible veterans and their surviving spouses pay for senior care.

Independent living facilities offer convenient, hassle-free living in a social environment for seniors who are active, healthy, and able to live on their own.

Memory care facilities provide housing, care, and therapies for seniors who have Alzheimer’s disease or other forms of dementia in an environment designed to reduce confusion and prevent wandering.

Senior apartments offer accessible, no-frills living for seniors who are generally active, healthy, and able to live on their own.

By clicking Talk to an Advisor, you agree to our Terms of Use. You also consent that we, or our customer communities, may reach out to you using a system that can auto-dial; however, you do not need to consent to this to use our service. Our Privacy Policy describes information collection and use.

Following a fall, my short term memory, physical balance and general orientation were all severely impaired. I was admitted to Westport and during which the staff provided memory and physical therapy. Puzzle exercises, memory quizzes and logic problems stimulated my thinking. The physical exercise program was a 7 days a week challenging routine in which state-of-the-art equipment and a focused staff monitored progress over the past week (or even the past day). The attitude and support, especially from Speech Therapy with Ms. Jill Skinner, was very reinforcing. After 6 weeks I was transferred to another facility which provided greater physical mobility and self determination. But I am unhesitating in recommending Westport for others seeking compassionate professional care.... Read more

About the community Westport Rehabilitation and Nursing Center

Westport Rehabilitation and Nursing Center in Richmond, Virginia is one of senior living communities in the area. To find the right community for your needs and budget, connect with one of A Place For Mom’s local senior living advisors for free, expert advice.

Tell us your senior care needs

Sort
Filters
Verified Review
A Place for Mom has verified the person writing the review and their connection to the community
1-9 of 9 reviews
0.5
November 29, 2019
J. Jones - Resident/client
Terrible Facility

Very poorly run nursing facility. It is an old facility with bathrooms that do not have ADA height toilets and no room for walkers or wheelchairs. There are never enough staff, including nurses, nursing assistants, and food service employees. Patients are left on toilets for up to 30 minutes, meals are sometimes hours late and disgusting, and nighttime staffing is frequently skeleton. The admissions staff is arrogant and intrusive, breaking all rules of privacy and patient information and dignity boundaries. The only thing they have going for them are the physical therapy and occupational therapy staffs, who are top notch. Otherwise, I would not put my worst enemy here. It is dangerous for patients, especially those who cannot speak for themselves.

Westport was a nightmare. Nursing staff and aides overworked at times with 17 patients on a shift once Aides picked up my friend by her arms and k and legs from a wheel chair lifted her up and over the top and swung and plopped dropped her into her bed She complained about something we...it did know. Be. Aware before you put someone their Also told them they had to be in bed by 8:39 each night

Reviewed on SeniorAdvisor.com
0.5
March 27, 2017
anonymous - Loved one of resident/client
Westport is deadly to our elderly

My mother was placed in Westport by the hospital my sister was placed in after being admitted for an emergency and sudden life threatening illness and needed a transplant - My mother was in fairly good condition upon entering westport and a year later after fighting to have my mother released from westport ( They actually [Removed] ) we had to place her into ICU fighting for her life - We had to involve lawyers and Ombudsman . The administration staff especially the director and [Removed] were the most obnoxious depraved individuals and should be investigated for elder [Removed] and [Remoived] of power- They should not be working with elderly under no means - My mother was [Removed] by nursing staff as well - We are currently in the process of trying to have this place shut down or at least the director and [Removed] removed and investigated - There are several individuals with similar experiences - If you have a similar experience please voice it on here with your contact - we are thinking of a class action suit against this company - [Removed] is the parent company of this establishment and has done little to help or recognise a problem with the staff here . I would also like to add we have the three nursing homes who would except my mother at the times ,who are willing to let people know that westport refused to send proper papers or contact them to facilitate my mother's move - they would not answer calls or call back or return emails from these homes and their administrators - All of them have indicated they have never been treated or dealt with another facility like westport and indicated they felt my mother was in danger there .[Removed] told us they would facilitate my 85year old mothers move and the process was begun - A staff member ordered a wheel chair and oxygen and other supplies for my mothers trip to Florida - [Removed] cancelled everything day's before and my 85 year old mother was left with no oxygen ,medications ,or wheel chair - Her clothes were weeks dirty from her colostomy bag leaking on them and not washed and my husband had to pack her stuff an hour before they left - That after my mother was told in front of him to shut up and go to her room she wasn't going anywhere - Her bipap machine which we supplied her the day she was admitted was broken under loads of stuff piled on it and the chip inside indicated it had never been used the whole year she was there - During the christmas holidays they shut their phones down and I had to send an administrator from another facility after 4 days of the phones being off to do a wellness check on my mother - the phones were back on within the hour but my mother was approached by staff and threatened because I had to check on her well being during the holidays .My complaints are just a drop in the bucket to what they did to my family - My mother was within hours of death the doctor told us and she had a fissure infected on her backside and untreated for a long period of time - Please speak up if you have had experiences with this place .

I will never forgive myself for placing my father at Westport. This is not a place for patients with serious medical conditions, such as recovering from a stroke who are non-ambulatory. The facility is decades old and the staff is not prepared to deal with complex medical issues. Ours was a nightmare experience.

Reviewed on SeniorAdvisor.com
0.5
October 27, 2016
Richmond Resident
Shop around before you make a decision

They bragged that they are a 5 star facility and have been for years. Their gym and rehab staff are the only ones that deserve to get a 5 star!!! Westport leaves a lot to be desired. The nursing staff are not very responsive to patients needs, CNA's are overworked, Administration staff are very passive (no one takes charge, they just pass the buck) did not like the doctor at all, Admission to the facility was a disaster, rooms are very small and should be considered a safety and fire hazard, 4 people share one bathroom, bathrooms were not always the cleanest, Lobby is very dim and depressing, breakfast food was always cold, could only get good and hot coffee in activity room. My heart goes out to the folks that have to live there permanently and have to deal with all of this and/or don't know any better. It is very sad.

This is not a place for patients who are recovering from serious medical conditions, such as a stroke, who are non ambulatory. The facility is decades old and the staff are not competent at dealing with complex medical issues. There is no communication between nurses, CNAs and therapists. Ours was a nightmare experience with the exception of two CNAs who were compassionate and competent.

Following a fall, my short term memory, physical balance and general orientation were all severely impaired. I was admitted to Westport and during which the staff provided memory and physical therapy. Puzzle exercises, memory quizzes and logic problems stimulated my thinking. The physical exercise program was a 7 days a week challenging routine in which state-of-the-art equipment and a focused staff monitored progress over the past week (or even the past day). The attitude and support, especially from Speech Therapy with Ms. Jill Skinner, was very reinforcing. After 6 weeks I was transferred to another facility which provided greater physical mobility and self determination. But I am unhesitating in recommending Westport for others seeking compassionate professional care.

Reviewed on SeniorAdvisor.com
0.5
May 18, 2015
Sharon Smith, RN and Toney Fitzgerald
In my opinion , stay away from this facility

If I could give this place a -0 , I would. The administration was horrible. They have no idea what they are doing . I had to fill out the same paper work several times before any of my siblings were allowed to take my mother out or discuss my mother's care. They are so understaffed that the CNA's have to double as dining hall staff serving plated food. The nurses in charge of despensing medication were often new and were not familiar with the patients or their medicines. My mother was discharged today with the assurance by the social worker that a hospital bed would be delivered. This was prearranged last week . However, no hospital bed ever arrived! In my opinion I would NEVER leave another loved one at Westport!!!!

She was not pleased at all with the care and then she had to go back into the hospital. For some reason they had some issues going on that they just did not address so I think had they been addressed earlier on it would have prevented some issues. The rehab was good and the food was good, it was just some of the staff and she was not pleased with the doctor at all there. He was one of those that was trying to be funny and trying to be funny with an 80 year old who is sick just doesn't work. I think she wasn't the only one who complained about it either.

Simplify how you search for senior living and home care 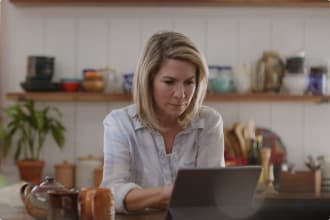 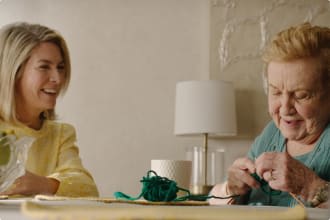 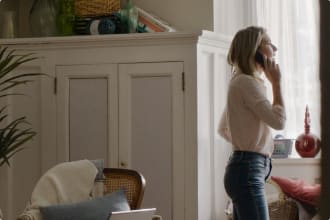 See what the neighborhood has to offer and what’s nearby:

How do other families rate Westport Rehabilitation and Nursing Center?

Westport Rehabilitation and Nursing Center has received an average review rating of 1.2 based on 9 reviews. See all reviews.