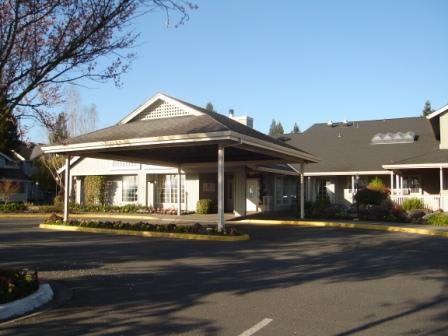 At Cogir of Rohnert Park Senior Living, we have a multitude of community amenities. Residents can take part in frequent off-site experiences and trips. Animals such as dogs and cats are welcome in resident quarters. Our location is located near reachable public transportation. Free wi-fi and high speed internet is offered to all our residents. Free resident parking is available at our location.

We provide occupants with meals throughout the day. It's our joy to accommodate visiting company, meals provided. Dining includes restaurant-style dining, private dining rooms for residents who wish to celebrate special occasions or entertain visitors, and room service. Whether you're hungry day or night, food service is available at any time. Our residents can enjoy meals prepared by a professional chef. We offer specified dining choices such as vegetarian food and low/no sodium options.

We have specially curated on-site activities that stimulate both mental and physical abilities. To ensure residents enjoy a diverse cycle of events and recreation, we employ a full-time activities director. The exercise program includes stretching classes, Tai Chi(add TM) classes - a wonderful and effective exercise for maintaining health of body and mind, at low physical impact, chair...

Very disappointed in this retirement facility

When it comes to the important responsibilities to the residents , they have been extremely disappointing to our family. 1) The family is "guaranteed" to be notified immediately when there is a medical emergency. My Mother was taken out to the ER, where she could have passed away. The family was never notified and the hospital didn't know who she was. She could have passed with no family around her. 2) Weeks later, after my Mother did pass, the center promised that a bus would take her many friends to her funeral. They were ready, there was no bus and no notification to the family to make other arrangements for them. All her close friends missed her funeral and were understandably upset. So was the family. This kind of incompetence is completely inexcusable. Keep shopping around, you can definitely do better for your loved one.

This community is very lovely it has just been recently remodeled in the last year. The staff was very nice and friendly. I just felt the community was going to be too large for my mom.

January 2, 2016: This morning my dad asked me if it was as foggy today as it was yesterday. I said no. He said that was good because since it was so foggy yesterday the staff did not show up in the morning, so they were not served breakfast. He said they were supposed to have a continental breakfast (common on holidays there understandably I don't want a lot of people to have to work on holidays either) but no one set it up. He and the other early risers rifled through the dining area and found cold cereal but no milk, fruit, pastries, etc. so they ate dry, cold cereal. When they asked where breakfast was they were told no one could set it up because it was "too foggy" for staff to get there. My dad says he told them I had gotten there somehow. It was foggy, not the worst I've seen, and certainly not impenetrable. December 7, 2016: I moved my dad in here to make sure someone keeps an eye on him. It was Merrill Gardens then, after that Emeritus, now Brookdale. The level of care over 9 years has generally deteriorated. Recently they have been doing a massive (needed) renovation. They painted all the walls - in color blocked maize, sage & pumpkin. They installed brand new low pile carpet in a retro Versace inspired gold and brown braid pattern. That was all ok, dated but needed. Then this last week they replaced all the furniture, and over the weekend they replaced all the art!!! That's hundreds of thousands of dollars of crap they bought for literally no reason. They took the chestnut colored big wood furniture out and brought in brand new walnut colored big wood furniture. And the art went from 2/10 to 3.5/10. And wasting money is whatever, except they are increasing rent 7% this year instead of the usual 6% increase AND they are currently without an Registered Nurse to supervise the CNAs because they aren't paying enough to attract a nurse AND they are down to 2 house keepers to clean hundreds of rooms AND they are short on wait staff AND they have shortened the hours of the receptionist. so stupid and wasteful August 10, 2016: Went to my dad's this morning and found a little old lady by the elevator with no clue where she was. She asked me how to get to the first floor. I told her that was the first floor and walked her over to the lobby. She said "but there's no one there", and I explained there's no one in the dining room til 7 or at reception til 6:30. So she got upset. I found a Brookdale employee and said "there's a lady over here who is lost and needs help" and she just said to her "you know where your room is right? Second floor, 265. Just get in the elevator n go down the hall til you see your number". Crazy. I took her back to her room, opened the door, turned on the lights, and left her there. $3,000 a month they pay to live there and the employees can't even help a person back to their room. It took 5 minutes. I know they are understaffed (maybe try paying more) but really what's more important?