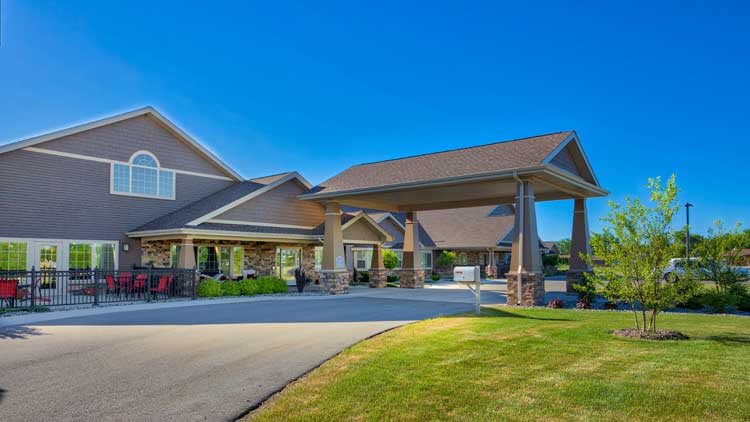 Experience our difference the moment you step foot into our one-of-a-kind Assisted Living community. You'll be greeted by our professional staff who are ready to listen to you and learn all about your wants, needs and stories! You'll see residents smiling, laughing and participating in activities they're passionate about. And You'll see first-hand why we call everyone family at Charter Senior Living of Bay City.

We offer many options to stimulate and engage residents' minds and bodies in a safe and comforting environment. Our open floor plans of living, dining, kitchen and activity rooms provide an inviting environment that residents love to call home.

With our premier Assisted Living services that allow residents to live as independently as possible, Charter Senior Living of Bay City creates a place where residents feel loved and cherished €¦ because they are!

Run. Run as fast as you can. DO NOT move your parents in to a CSL community

Not to be cliché, but if I could give this place a negative value rating, I would. My mom lived at this property from [date removed]. From the time she moved in to, eh, maybe about the time Charter took over, things were pretty good. They had a fantastic executive director ([name removed]) and I felt the ownership and management adequately kept me updated. Then Charter Senior Living took over. I'll say that maybe the first year or year and a half things seemed okay with Charter. Then early this year [name removed] decided to leave. Now granted I know COVID has caused chaos for everyone this year, but here are some of the tidbits that made me decide to spend several thousand dollars on my own home to move my mom out so she could live with me: 1) [name removed] left 2) The staff began lying to my mom about scheduling rides to doctors appointments (my mom requested and confirmed rides only to be told she did not) 3a) One of the many "new" executive directors this year (they've now gone through two since [name removed]) pretty much lied to me and tried to tell me I had to send her a second notification email in order to let her know that I planned on taking my mother to my house to spend time with my husband and I for the 4th of July weekend. I followed their procedure as listed in the notifications they sent out to do something like this in the time of COVID. Not sure why the executive director decided she needed a second confirmation email which was contrary to said procedure? 3b) This caused undue stress on the overworked staff because said executive director did not appropriately communicate with the staff about my mom leaving for the weekend. So they were rushed in preparing her medicine, etc. for her departure. 4) One of my favorite: Although not by much, they raised my mother's rent without notifying me (and by the way, the rent comes out of my bank account). Pretty sure that is illegal. They tried to claim that they had the wrong address for me on file. Soooo how do you explain that I received ALLL the COVID-19 notifications you sent as well as ALLL the invoices you've sent me via the USPS mail forwarding service...but NOT the rent increase notice. That's cute. 5) And, hahahaha, the interim executive director after the chick described above has a severe attitude problem and definitely needs an adjustment. He was less than pleasant when I discussed the items mentioned above with him. And yeah, I had an attitude with him, don't care. 6) Finding out about the three COVID scares in the last two months via my mom rather than management *chef's kiss*. 7a) The most recent executive director gave me very confusing directions about providing the notice to vacate. I eventually had to print an email chain between him and I as well as provide a formal cover letter signed by both my mom and I just to make sure they didn't play any weird shenanigans when I went to move her out. 7b) Shortly after making sure the most recent (and third executive director) this year 100% confirmed that he received notice to vacate (which stated a move date of [date removed]) he allowed staff to communicate erroneous information to my mom about her move out date (e.g., acted like she was moving out weeks earlier than noted in the notification letter). The grand finale, 8) They allowed the ACH on her November rent to hit my bank account. My bank account is now overdrawn by $1700. Their excuse? Apparently they do not cancel ACHs until they know for "sure a resident has vacated their apartment as planned" (which my mother did on [date removed]). So, their corporate accounting thinks it is acceptable to keep ACHs on the book for residents that have moved out as expected 5 DAYS PAST THE RESIDENT moving out. As I told them over the phone (and I really don't care if they think I have an attitude): they are officially a garbage company with garbage business practices

It is a good value. They are understaffed at the moment. They like most places are having a hard time hiring and keeping staff. The food is good. The room sizes and layout of the community is good. It is why we chose Charter Senior Living. They have a nice outdoor courtyard.

How do other families rate Charter Senior Living of Bay City?

Charter Senior Living of Bay City has received an average review rating of 1.67 based on 2 reviews. See all reviews.