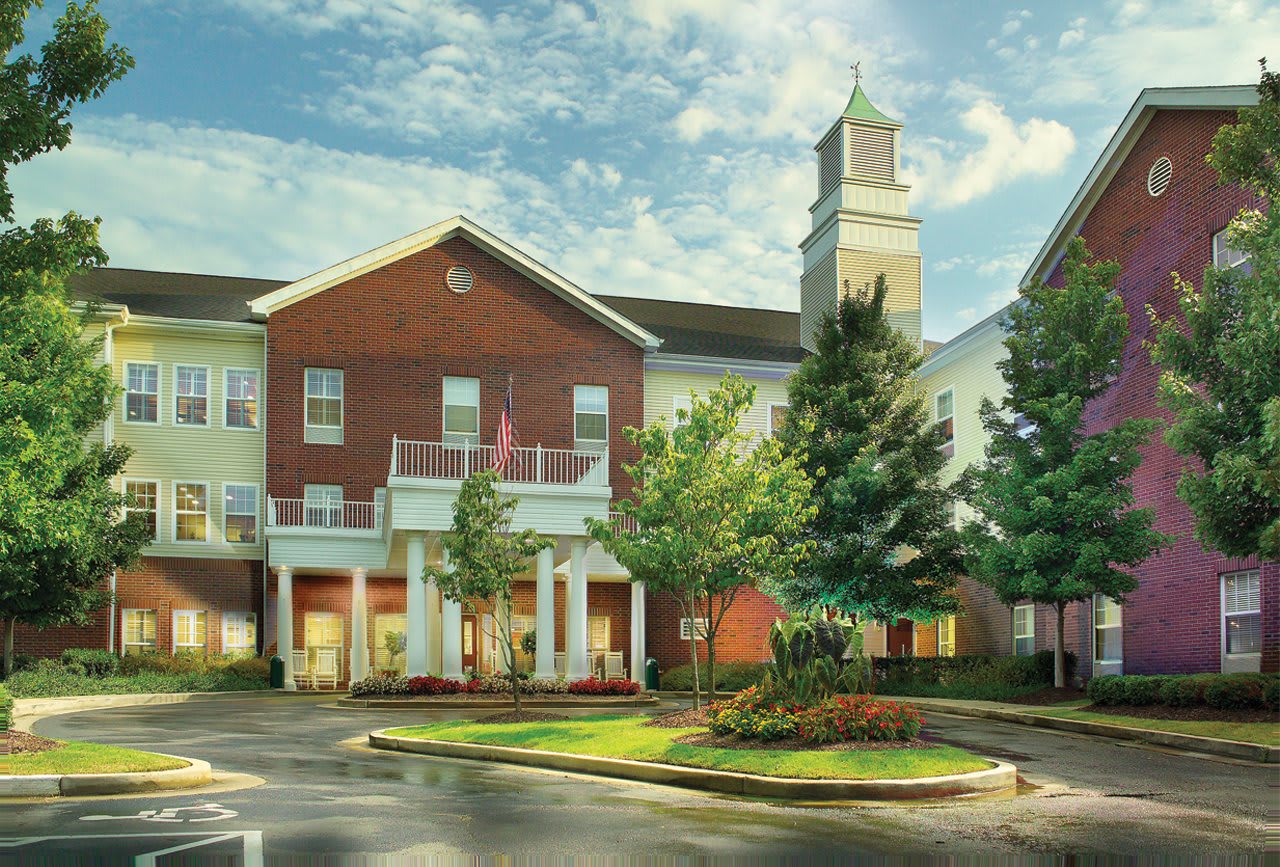 Belmont Village of Memphis, Tennessee is located in the attractive Germantown residential area shaded by Crape Myrtle and Dogwood trees, not too far from the Mississippi River. Situated near shopping, restaurants, places of worship and outstanding medical facilities — not to mention everything Elvis — our Belmont Village facility offers a wonderful cross-section of the past, present and future for our assisted living residents.

Who can resist falling in love with Belmont's distinctive interiors and signature programs in hospitality, dining and activities? And when looking for the perfect place to stop and smell the roses, there's no better place than the generous grounds and mature landscaping that surround Belmont Village. All these amenities plus a well-trained and caring staff have residents and their families saying thank you very much.

I would recommend to more independent individuals

I would want others to know that we chose Belmont Village based off of the location. They were also willing to work with us on price and the staff members were very friendly. The care started out very good at first, and then it diminished and I had to remind them to do things like laundry, cleaning, etc. They say they check on your loved ones every 2 hours, but that was not always the case. If he said he did not want to eat, they would not insist he eat and he would skip out on meals. There were good things about this facility and other things about it that were not so great. I would recommend to more independent individuals.

My mother lived here for over 3 years before she died. We chose this place because of what previous reviewers have praised above--mostly superficial information. They have a terrible theft problem. We thought having a lock on the door and a separate locked drawer in the room would protect her valuables. We were so stupid. EVERYONE who works there has a master key. My mother lost thousands of dollars she thought was safe in the locked drawer. Her engagement ring was stolen, also lots of other jewelry disappeared. Her pain pills (hydrocodone) were stolen many times. Often the nurse would bring her pills to her room in the MIDDLE OF THE NIGHT and just lay them on a table. The staff, including the director, was pretty indifferent to this problem. They gave her a small safe, which for a 90 year old with arthritis is not helpful. The nursing staff tried, the PALS (most of them) tried, but the administrative staff kept to their ivory tower with their noses in the air. They should have given us some kind of warning, and I still resent that they did not. SO--WARNING! THEFT PROBLEM!

Hospice available on-site
Doctor
Podiatrist
Dentist
Ask an A Place for Mom advisor at no cost.

How do other families rate Belmont Village Memphis?

Belmont Village Memphis has received an average review rating of 4.11 based on 25 reviews. See all reviews.