Assisted living facilities offer housing and care for active seniors who may need support with activities of daily living, like bathing, dressing, and medication management.

Residential care homes are shared neighborhood homes for seniors who need a live-in caregiver to assist with activities of daily living, like dressing and bathing.

VA benefits for long-term care, such as Aid and Attendance benefits, can help eligible veterans and their surviving spouses pay for senior care.

Independent living facilities offer convenient, hassle-free living in a social environment for seniors who are active, healthy, and able to live on their own.

Memory care facilities provide housing, care, and therapies for seniors who have Alzheimer’s disease or other forms of dementia in an environment designed to reduce confusion and prevent wandering.

Senior apartments offer accessible, no-frills living for seniors who are generally active, healthy, and able to live on their own.

What is a caregiver? The answer depends on who you ask, as aging around the world can look different in each country, city, and individual family. Cultural expectations, traditions, and values shape diverse models for senior care.

Priya Soni, founder of The Caregiving Effect support group, says Indian culture played a monumental role in her 12-year caregiving journey with her father. These traditional roots contributed to the years she and her family members spent as his sole support.

“My dad’s desire was to live at home, to pass at home, to really have that experience, and it’s because of how he grew up,” said Soni. “He grew up in a house with several generations, and he witnessed the young taking care of the old. It was the best sign of respect from us to him.”

Soni hears a similar narrative from the many family caregivers of different cultural backgrounds who reach out to her. In their stories, she sees love and respect — but also a sense of isolation and loneliness that pushes her to raise awareness of caregiving options.

Diversity in the U.S. continues to surge, along with its senior population. Read on to learn about caregiving norms in Asian, Hispanic, and Native American cultures, as well as ways American senior communities are adapting to this shifting, culturally diverse landscape. Discover ideas for families from all cultures on how to prioritize respect for elders while maintaining caregiver mental and physical health.

In many cultures, family caregiving takes precedence over assisted living, or communities of older adults who receive help with activities of daily living from professional caregivers. About 80% of assisted living residents are white, according to geriatrics and internal medicine specialist Dr. Tanya Gure.

He grew up in a house with several generations, and he witnessed the young taking care of the old.

While familial care may demonstrate respect for elders, this sense of duty can come with steep health repercussions. The American Psychological Association reports weaker physical health among minority caregivers, including stress and depression. This introduces a need to balance cultural traditions with more inclusive senior living options.

Traditionally, children provide care for their aging parents in China. This stands out as a way of honoring their bond. About 40% of Chinese seniors live with an adult child, while another 34% live in the same neighborhood as an adult child, according to a study in the China Economic Journal.

However, the country’s population trends — including the rise of the average age in China and a declining fertility rate — have recently spurred dialogue about new models of senior living and a need for policy change. Senior housing market proposals have drawn the interest of families as well as investors, suggesting long-standing care models could soon evolve.

As Soni’s story indicates, younger citizens typically care for older family members in India. This responsibility isn’t just perceived — it’s enforced by law: The Parliament of India passed the Maintenance and Welfare of Parents and Senior Citizens Act in 2007. As a result, relatives who don’t care for their senior family members can be fined.

Most medical schools in India don’t teach geriatric care, according to public health researcher Jaya Prasad Tripathy. However, progress has been made in the past decade to prioritize seniors’ health needs. Launched in 2011, the National Program for the Health Care of Elderly aims to give Indian families more support by training health care workers to better serve elderly populations.

These policies acknowledge older citizens and their wisdom as valuable elements of Indian society.

In general, Mexican society strongly values familism, according to Oregon State University public health professors Elizabeth McDermott and Carolyn Mendez-Luck. Familism is “the allegiance, attachment, dedication, reciprocity, and solidarity within the family,” McDermott and Mendez-Luck explain. This reliance on close relatives can lead to a delay in seeking professional care, with an estimated 7.6 million Mexican families caring for older family members at home.

For Soni’s family, it was nonnegotiable that caregivers had a sense of “gentleness and compassion that felt like we were back in Punjab.

Aligning with a trend that persists in most cultures, women carry the bulk of senior caregiving responsibilities at home, suggests McDermott and Mendez-Luck’s 2018 study of 44 Mexican-American caregivers. In Mexico, specifically, this gendered statistic can be partly attributed to marianismo, a cultural ideal that emphasizes female selflessness.

Native Americans represent one of the most under-researched populations in public health, a gap researchers at Stanford University aimed to bridge with an overview of care for Native American older adults.

This research found that Native American elders may hold onto grief, trauma, and anger longer than their non-Native peers, an intergenerational result of colonialism. Experts say Native American senior care must make space for this grief — as well as uphold spirituality. When American Indians partake in tribal rituals and traditions, researchers see an increase in happiness, calmness, and overall emotional health.

Physical health, on the other hand, presents a challenge for senior communities. The Native population suffers some of the highest rates of diabetes and heart disease.

The future of senior care and cultural attitudes toward aging

When Soni began looking for professional, 24-hour home care for her father, she found providers who spoke his language and exemplified his cultural values. For her family, it was nonnegotiable that caregivers had a sense of “gentleness and compassion that felt like we were back in Punjab.” This possibility of finding culturally competent care is becoming more common, with culture-specific senior communities rising up to support the growing need. 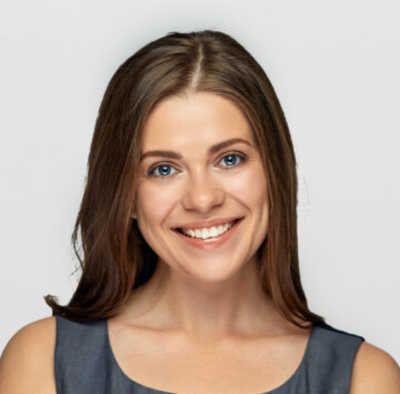 On the West Coast of the U.S., there are a growing number of Asian senior living communities, such as Fremont Hills and Aegis Living in Fremont, California. Aegis Living has another community designed to meet the needs of Chinese Americans in Newcastle, Washington. Keiro Northwest, meanwhile, has an assisted living community in Seattle that caters to Japanese Americans.

Following these models of diversity and inclusiveness, Soni — along with thousands of other caregivers she’s spoken with through her organization — would like to see culture considered and proudly amplified in every senior community.

“There are always going to be different cultures who come to the table, and with different cultures, there are different ways of operating,” Soni explains. “Address and acknowledge the contributions of a person’s life in a way that takes into account their background — we can learn a lot from that experience.”