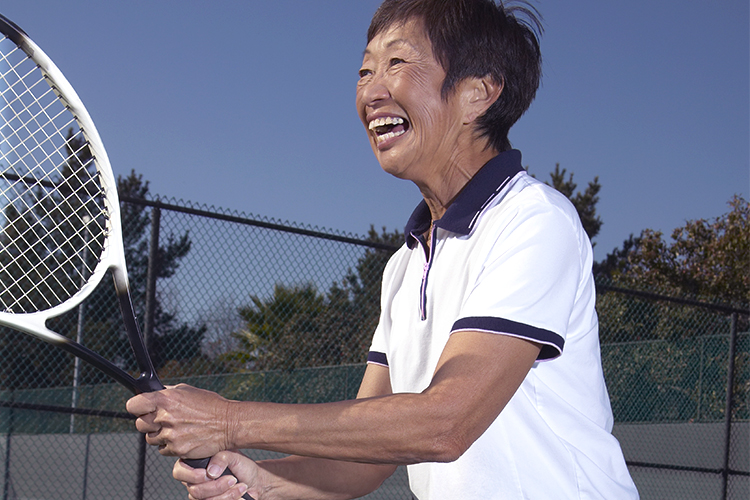 Ruth greeted late middle age by traveling the globe. Not satisfied with simply seeing the sites, the spirited woman would devise a mission to her travels.

“My mother-in-law loved to learn languages, so traveling offered a natural extension,” Judy Kimmerer remembers. “She spoke seven languages fluently at one point.”

Described as “fiercely independent,” Ruth raised four children while working as an administrative assistant for the Department of Pharmacology at the University of Rochester (her husband died when her eldest child was 15).

But as Ruth aged, it became clear to her children, who had all left Rochester for points west, that her living situation required change. Her doctor cited early onset Alzheimer’s as the reason Ruth should relocate closer to one of her children. Her son Rob (Judy’s husband) was the natural choice.

“We began noticing small changes in Ruth’s demeanor,” Judy recalls. “Once while visiting, we returned from the store having purchased hamburger for dinner. Ruth looked at the meat just a few minutes later and declared we should throw it away because she’d had it for a couple of weeks. At first these incidents were quirky, then-as she started missing doctor’s appointments-worrisome.”

“The winter that same year was very harsh,” Rob remembers, “and my mother spent long hours cooped up in her house with few visitors or conversations. Her doctor noticed a real difference in her mental abilities that spring. I don’t know if her isolation played a role or not.”

Still, convincing Ruth to move across the continent was a formidable task.

“It’s hard to comprehend how independent Ruth was,” Judy observes. “Since her husband’s death, self-preservation served as her modus operandi. So it was critical that she felt the relocation was completely her decision. Leaving her friends, limited as they had become, was also a significant obstacle.

“We reminded Ruth of how harsh the upstate New York winters can be, presented the prospect of seeing her grandchildren regularly, and advertised Seattle like a new travel adventure. Finally, she announced she was ready.”

Rob and Judy, along with Rob’s siblings, now faced the challenge of determining the proper living situation for Ruth. They considered having her live with them or renting her an apartment, but they worried one situation would prove too cramped, the other too isolated.

FINDING A HIGHER QUALITY OF LIFE

Then a friend mentioned Ida Culver House, an elderly assisted living community, which made a great impression upon them when they visited. They liked the size, the garden, and the respect that the residents were given.

“I had yet to begin my career as an elder health care professional,” Judy says, “So this was all new to me. Like so many people, I thought Ruth was too self-directed for assisted living. I have since learned many times over that assisted living actually fosters senior independence.

“Having a community increases the quality of one’s lifestyle immensely. If you are living alone, how comfortable are you asking your neighbor to run out to the store for you? But when you are part of a community, asking your friend in the room next door to pick up some mayonnaise when she’s running errands is easy.

“I think freedom comes from self-confidence and personal security, and assisted living supports this.”

Even though the children thought Ida Culver would be perfect for Ruth, convincing Ruth of such a significant change required more strategizing. Ruth perceived she was coming to Seattle to live independently near family, not to move into an elderly assisted living community.

“We decided that Ruth’s first visit to Ida Culver would be our ‘first visit’ also,” Judy recalls. “We even asked the manager to act as if we hadn’t met previously, a persona he had clearly assumed before. We presented Ida Culver as an apartment where you don’t have to fix your meals. Whether she just played along with our little ruse or not remains a mystery.”

Ruth, who felt increasingly frustrated with her forgetfulness, clearly appreciated knowing assistance was right around the corner. Always forthright and standing six feet tall, she galvanized her new elderly assisted living community to be more physically active. Even the geography turned out to be perfect.

“My mother was a former tennis pro who walked absolutely everywhere; in fact, she never learned to drive!” Rob says with a laugh. “In Seattle, she was able to leave her apartment, follow [the sidewalk], circle the lake, and return home without ever needing to turn. So she could get her exercise without any anxiety of getting lost.

“She was also a very musical person, so she really liked the concerts. And, like all of her kids, she loves to eat, so she thought the variety of meals was great also. Forming an intimate friendship with Joe, another resident, was an additional bonus. She really sparkled there!”

Ruth remained at Ida Culver until, with the onset of second stage dementia, she required a more care-intensive situation. After visiting over fifty facilities, Rob relocated his mother to a small memory care facility in Kenmore, Washington where he visits her every Sunday.

Today the 84 year-old former globetrotter lives with several other elderly women, often surrounded by the 23 grandchildren of her caregivers on the staff at the facility.

“She spends much of her day in her recliner looking not like a patient but like just another older woman relaxing,” Rob says.

“We are fortunate, because we were able to move my mom into another situation that is full of life, with lots of people around which I believe, even though she is nonverbal now, she really likes because she smiles all the time.”

A Place for Mom data shows that U.S. states are not prepared to meet the growing demands of memory care needed for more than 5 million Americans living with Alzheimer’s disease. The number of licensed beds for memory care residents is currently astronomically lower than the predicted number of people who will need it in…

“The heart is a very resilient muscle,” says Woody Allen in his film Hannah and Her Sisters. And indeed it is. Charged with pumping blood throughout the entire circulatory system, the heart is also a muscle that reflects the treatment by its host more than any other muscle in the human body. Treat the heart…

For Pedro Antaran, an 83-year-old Seattle resident, the stroke came in the morning, with little warning. After waking up to make coffee, he noticed that his right leg felt different than usual. “I felt that my leg was heavy, and I could not lift it,” he recalls. “I thought in my mind that maybe this…

Does it seem like just yesterday that your mom lit up when you brought the grandchildren over? So why does she hardly smile and seem irritable around the kids now? Has your dad always been a lifelong baseball fan? So when did he start turning down box seat tickets at the ballpark? Sudden changes in…

The population of American seniors is expected to double in size within the next 25 years, according to the National Institute on Aging (NIA) and the U.S. Census Bureau. For the next 20 years, about 10,000 baby boomers will turn 65 each day. As our aging population continues to grow, so does the demand for…

A simple fall can change your life. Just ask any of the thousands of older men and women who fall each year and break a bone (sometimes called fracture). Getting older can bring lots of changes. Sight, hearing, muscle strength, coordination and reflexes aren’t what they once were. Balance can be affected by diabetes and…