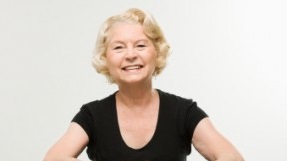 The results of a new study from Japan suggest yet another reason why women live longer than men: their immune systems age more slowly.

Women outlive men by about five years, on average, according to the most recent data from the Centers for Disease Control and Prevention. Longevity researchers know that the reasons for women’s higher lifespan are complex, with genetic, hormonal, psychological and sociological factors all playing a role. Another popular theory has targeted immunological differences—and that theory has acquired some real-world proof thanks to a newly released study in the journal Immunity & Ageing. Japanese scientists have confirmed that women’s immune systems age more slowly, contributing to the complex of factors that make women live longer. And, of course, the more scientists learn about longevity, the more we can pinpoint strategies for healthy aging for both genders.

As for what all this medical-speak means, the important part is that scientists have identified yet another component of how our bodies change as we get older—and we’ve gained another clue to why women consistently show greater longevity. The jury is still out, however, on whether the changes to the immune system are the cause for women’s longevity.

“It’s likely that the slower aging in the immune system of women reflects a generally slower rate of intrinsic aging, rather than that the immune system itself is setting the pace,” said Prof Tom Kirkwood of the Institute of Ageing and Health at the University of Newcastle upon Tyne, in a BBC News story.

A slower-aging immune system isn’t the only reason why women live longer than men. In the BioMed press release, Prof Katsuiku Hirokawa from the Tokyo Medical & Dental University Open Laboratory explained, “The process of aging is different for men and women for many reasons. Women have more estrogen than men which seems to protect them from cardiovascular disease until menopause. Sex hormones also affect the immune system, especially certain types of lymphocytes.” Women are also relatively iron-deficient compared to men, another factor which can protect against heart disease (Time.com).

Other studies cite genetic and chromosomal factors that may give women a longevity advantage. For example, men show a faster rate of shortening for telomeres, which are protective “caps” at the ends of our chromosomes. On a different end of the research spectrum lies sociological and environmental differences for longevity in men and women. In a Time.com article, Tom Perls, founder of the New England Centenarian Study at Boston University, notes that men are more likely to smoke, eat foods that lead to high cholesterol, and have unhealthy stress coping habits. Also, he points out, men are more likely to die earlier in life, with raging testosterone levels leading to risky and potentially dangerous behavior.

The good news, according to Tom Perls, is that about 70 percent of variation in longevity is probably due to environmental factors, while only 30 percent is due to genetics. That means we have more control over our longevity than we realize. If we help our senior loved ones incorporate positive habits, like eating a heart-healthy diet, quitting smoking, reducing stress, and getting plenty of exercise, we’ll not only be boosting their immune systems—we’ll be doing our part to ensure they live long and healthy lives.

Are there longevity differences between men and women in your own family? What are your favorite longevity tips? Join the conversation in the comments!