When Career and Caregiving Collide 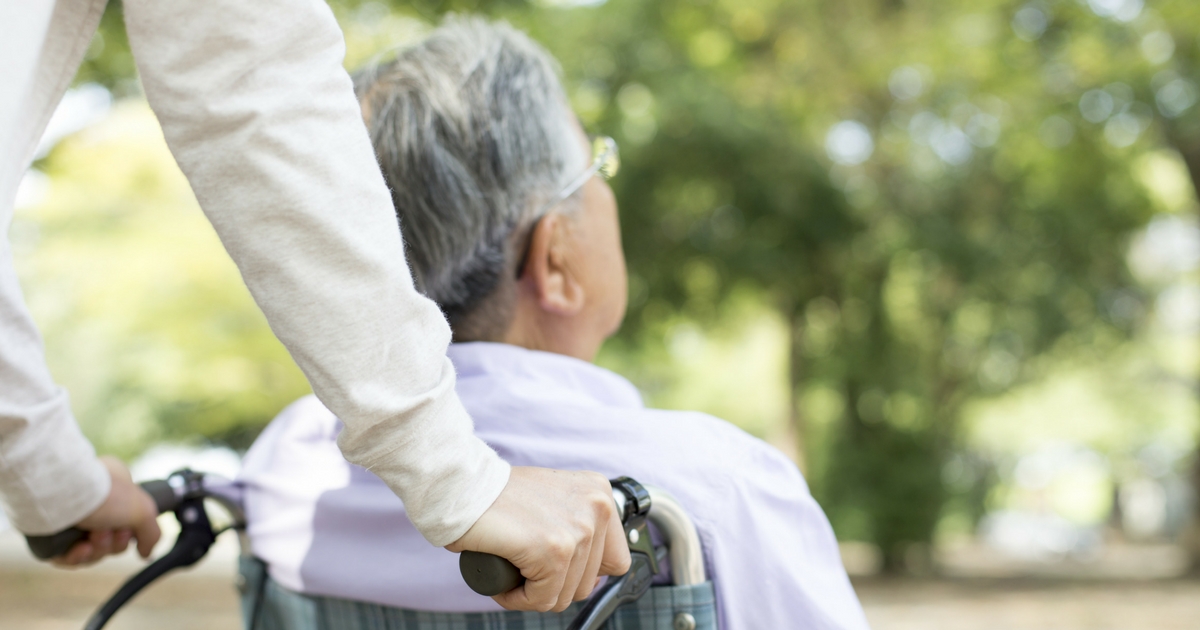 When MSNBC and NBC News anchor Richard Lui’s 80-year-old father, Stephen, gave his traditional opening prayer at the Lui clan’s annual Christmas dinner in 2013, the blessing was noticeably different from those he’d offered before.

The prayer was shorter than usual, lacking his typical ceremonial flair. Stephen, a Presbyterian pastor, read part of the prayer verbatim from notes he’d written for past gatherings. This time, he didn’t ask his relatives to hold hands and even skipped his signature finish, the part where he always asked family members to “tell everyone something you’re grateful for.”

After dinner, Lui’s Aunt Fannie, Stephen’s sister, pulled Lui aside and gave him news that would alter his life and career as a journalist.

Lately, Lui’s father couldn’t remember many of his 12 siblings’ names.

Three years earlier, a doctor had diagnosed Stephen with early dementia. Since then, Lui traveled at least monthly from his home in New York, where he’d been an MSNBC dayside anchor since 2010, to visit his parents in San Francisco.

Lui increased his visits to nearly every weekend after Stephen was diagnosed with Alzheimer’s in 2014, knowing that eventually, his father would need more care. On one visit, Lui surveyed his parents’ home, a typical San Francisco three-story row home with steep stairs leading to the front door. How would his dad climb those stairs as Alzheimer’s weakened his body?

“I knew there was no way my father would be able to handle moving to a new single-level home in San Francisco,” says Lui. Lui’s family decided to remodel their parents’ home, creating a basement-level apartment for Stephen and their mom, Rose. Lui would need to be there more often to help with his father.

“My mind moved pretty quickly to “Okay, they need this, and I can do this,'” said Lui. “I will do this even though it can affect my career long-term.”

When Career and Caregiving Collide

Around 60% of caregivers are employed at some point while caregiving, according to a 2015 report issued by the National Alliance for Caregiving and AARP.

According to the report, caregivers also put in plenty of unpaid work hours:

However, when it comes to approaching an employer about a more flexible schedule, caregivers often fear they’ll lose their job or be seen as someone who can’t be counted on, says Amy Goyer, AARP’s family and caregiving expert.

Keeping caregiving obligations secret at work adds to an already tremendous amount of stress. If you spend a morning on the phone making doctors’ appointments while no one at work knows your situation, your employer may assume you’re goofing off.

“To keep such a huge part of your life under wraps can affect your work,” says Goyer. “That’s a lot of pressure.”

Ways to Find a Solution

Lui knew that how he approached MSNBC about his father’s diagnosis was crucial.

“I actually stewed on it for about two months,” says Lui. “I had to think like they would. If somebody approached me, what would I want to make this a win/win?” Lui came up with some options, including anchoring on the West Coast or working as a correspondent. Then he met with his boss.

“This is my father’s diagnosis,'” Lui told her. “In the next year, I may have to change my work schedule radically. Let’s see if we can come up with some ideas ahead of time.”

The two of them brainstormed that first conversation. “Some were her ideas and some were mine,” says Lui. They agreed to meet again within a few months.

“I feared that there would be no option, and I’d have to leave. But I was upfront and seeing if we could work out a solution,” says Lui.

When to Approach Your Employer

Most employers prefer that their employees leave their personal lives at home. For caregivers, that’s not always possible, though.

“Make sure that someone at work knows the situation because caregiving can be unpredictable,” says Goyer. “It’s good for your supervisor to know you could be called away.”

Goyer offers these suggestions for approaching your employer:

Whatever you and your employer come up with, provide your manager with a copy of your understanding of the plan in writing, says Goyer. Also, clarify how to handle updates on the situation going forward.

For Lui, taking the risk of losing his job by asking for less airtime was worth it.

Lui’s boss offered him the option of working as a weekend anchor in New York, which he accepted. That way, Lui could live in San Francisco during the week to help with caregiving for his father, who is now 84-years-old and then fly to New York to work.

During Lui’s initial discussion with his boss, he learned she was also a long-distance caregiver who could relate to his situation. He suggests approaching an employer early so that both parties are ready to handle upcoming changes.

“Don’t forget that sometimes a place of work is also a home away from home, and they will help you,” says Lui. “I’m not saying it will work but why not try?”

Have you been in a situation where your career and caregiving have collided before? What was your experience like? We’d love to hear your stories in the comments below.