Can Vitamin D Reduce the Risk of Parkinson’s Disease? 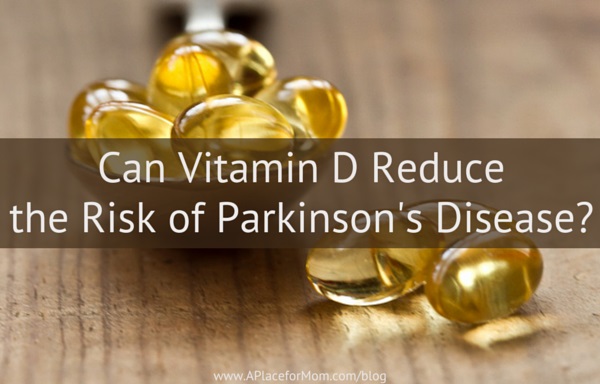 April is Parkinson’s Awareness Month, and we’ve got some promising news from the frontlines of scientific research. What if reducing the risk of Parkinson’s disease were as easy as taking a daily vitamin D supplement? New studies over the past few years are suggesting that this just might be the case.

Although researchers stress that there’s still a lot of work to be done to figure out just how vitamin D functions in the prevention and treatment of Parkinson’s, and that there’s no current “prescription” for how much vitamin D to take, these studies provide hope that our understanding of PD will continue to improve.

One of the most recent studies to emerge concerning the role of vitamin D in Parkinson’s was described in Reuters last month. Among a small group of Parkinson’s patients aged 45-85 in Japan, those who were given vitamin D supplements every day for a year showed much less progression of the disease than those who were given a placebo. However, this was only true for those individuals with specific types of vitamin D receptor genes.

“We are just starting to recognize the potential benefit of vitamin D in slowing down the progression of Parkinson’s disease, and we have no way of knowing the exact dosage one person should take with or without such genotypes.”

Not only that, scientists don’t yet know whether vitamin D was alleviating symptoms, such as balance problems, or whether it was actually slowing the progress of the underlying disease.

An earlier study at Emory University in 2008 showed similar results: more than half of the Parkinson’s patients they studied had low levels of vitamin D.

Are People Who Get Less Vitamin D at Higher Risk of Parkinson’s?

Our bodies derive vitamin D from two main sources: foods rich in the nutrient, like milk and fatty fish, and from exposure to sunlight. Does that mean that if we get less vitamin D from sunlight, or if we live in a sun-deprived region of the world, we’re at higher risk? It’s certainly possible.

The study carried out in Finland — a notoriously non-sunny latitude — showed that the population in general had lower levels of vitamin D. However, the study didn’t address the question of whether that made Finnish people more vulnerable to Parkinson’s disease overall.

A 2010 study in the journal Neuroepidemiology reported that Parkinson’s rates in the United States were higher in the Midwest and Northeast, implying that there could be a sun exposure connection. However, so far, the research has been inconclusive: one 2011 study conducted out of UCLA found no significant difference in PD incidence in those who had higher lifetime UV exposure levels, while another study the same year suggested that men working outdoors had a lower risk of the disease.

Where all the studies agree is that more research is necessary to untangle the exact relationship between vitamin D, sun exposure and the development of Parkinson’s disease.

What do you think of the latest research on this vitamin’s role in Parkinson’s disease?  Share your thoughts with us in the comments below.