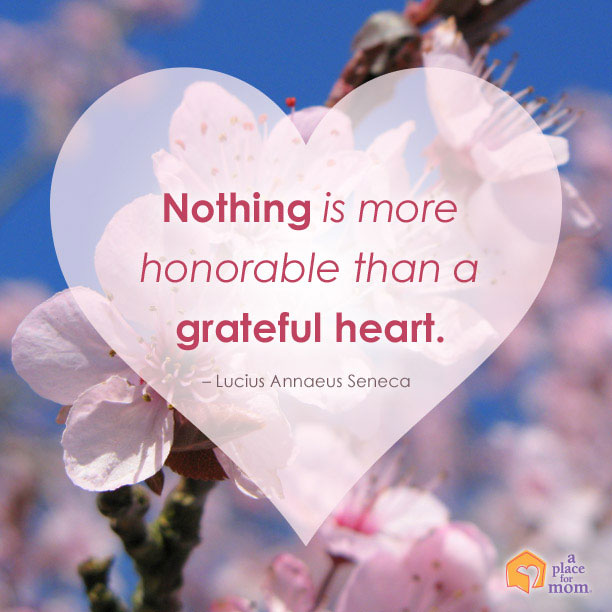 This week at A Place for Mom, we celebrated Valentine’s Day with our loved ones (do you know what “love language” you speak?) and 85-year old Pope Benedict XVI resigned. Perhaps he’s looking for assisted living?  (He’s expected to spend his retirement at the newly renovated Mater Ecclesiae monastery.) Check out these senior living articles from around the web this week on retirement, Alzheimer’s research, senior nutrition, and Social Security. Have a happy weekend!

Senior Living Articles You May Have Missed

Alzheimer’s disease is not limited to humans. Other mammals, including mice, can demonstrate cognitive impairment due to the accumulation of amyloid plaques in the brain. For this reason, animal research has been an essential component of our battle against Alzheimer’s associated and dementia. This week University of Southern California researchers announced that mice with advanced stages of an Alzheimer’s-like disease showed significantly improved cognitive skills, as determined by ability to complete a complex maze, when put on a low-protein diet. Mice without a low-protein diet showed no improvement.

While human research is needed, and will be undertaken, researchers claim that their findings are so promising that they could be mean immediate changes in how patient are treated today. USC Professor, Valter Lango, who contributed to this study, and will also be coordinating human studies, says, “Although only clinical trials can determine whether the protein-restricted diet is effective and safe in humans with cognitive impairment, a doctor could read this study today and, if his or her patient did not have any other viable options, could consider introducing the protein restriction cycles in the treatment.”

Definitive diagnosis is Alzheimer’s has been an ongoing challenging for the medical community. Yes, doctors and family members can easily witness dementia-like symptoms, but determining the exact type of dementia is more challenging. In fact, until recently, Alzheimer could only be definitely identified postmortem, which is obviously not very useful to patients. In the last few years, scientists have bee exploring a number of strategies to diagnose Alzheimer’s earlier, such as spinal taps. But none of the practices they are exploring are perfectly reliable (false positives and false negatives still occur with spinal taps and other newer forms of testing). Another issue is that these tests aren’t taking place until the patient is at a moderate to late stage of the disease.

For therapy strategies to have the best chance to succeed, they must begin early. So research goes on. On February 11th the University of Wisconsin-Madison School of Medicine and Public Health reported that their researchers may have fount a technique to identify Alzheimer’s in the brain through MRI’s. MRI’s have been used in medicine for a long time, but were not known to be helpful diagnosing Alzheimer’s. The most hopeful aspect of their finding is that researchers believe that they can detect the very earliest signs of decline, which will perhaps one day allow treatment strategies to be implemented immediately rather than after Alzheimer’s has already had an opportunity to irreversibly ravage the brain. Sterling Johnson, researcher and professor of geriatrics says, “In many people [who are silently developing Alzheimer’s] , brains are already changing during their 40s and 50s, This is the time frame we need to focus on, and our imaging methods make this possible. By the time the symptoms are really obvious, it may be too late. Now we can study before the symptoms begin, and someday intervene while there is still a chance to forestall this devastating disease.”

Let us know about great articles we should read! Enjoy!