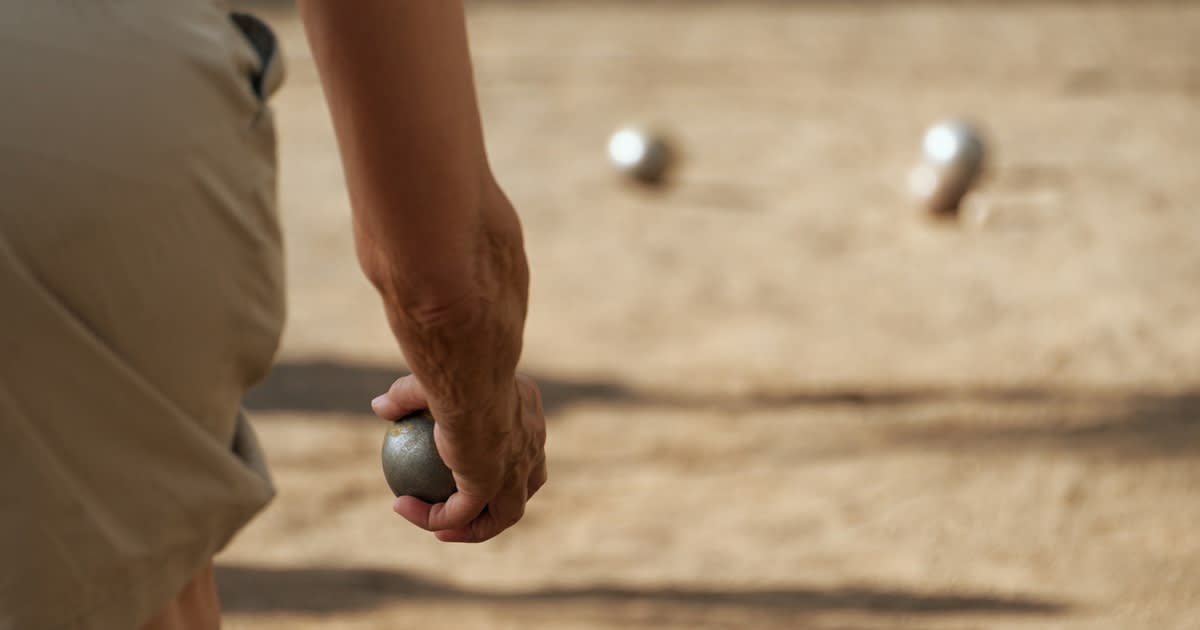 Many seniors miss the camaraderie and challenges of competitive sports. While there are exceptions, most of us find that our bodies can no longer physically keep up with the sports we once enjoyed when we were younger.

As baby boomers retire and move into senior living, many communities are providing access to low-impact sports so that everyone can enjoy the health and social benefits that being a part of a team provides.

Join in on the fun by participating in one of these popular sports for seniors:

Bocce ball is a game with ancient roots, that was adopted by the Romans who viewed it as a sport of rulers and statesmen. The sport is now played across the globe in individual backyards, national leagues and in the Special Olympics.

Bocce ball is a popular choice at senior living communities due to its many health and social benefits for residents. It is a simple game, yet provides seniors a mental challenge as they learn strategies to improve their sport. The game also provides low-impact exercise, which can be enjoyed by those with disabilities through the use of ramps and other adaptations. Bocce Ball is a social activity as well, and allows players to enjoy friendly competition and learn new skills from others.

While the sport is traditionally played on a hard surface, it can easily be played on a lawn as long as the surface is level. To begin a game of bocce ball, a small ball is rolled onto the court and then each team takes turns tossing larger balls as close to the smaller ball as possible, the team with the most balls near the small ball wins.

Pickleball combines the best of badminton, ping pong and tennis into a sport that can be enjoyed by people of all ages and athletic abilities. Pickleball was born in the mid-60’s when three friends from Bainbridge Island, Washington, were unable to find their badminton equipment so they improvised with the equipment at hand. Although the name is odd, the game has nothing to do with pickles but was named after pickle boats in crew racing. The game uses a paddle comparable to a large ping pong paddle and a ball that is similar to a whiffle ball.

“First, it is a great low-impact form of exercise that has a ton of health benefits. It is a great alternative to tennis for those who no longer feel they can cover that much court or deal with the injuries. Second, pickleball is a great social game that has formed countless friendships and brought communities of people together.”

Getting started with pickleball is simple even if you are not near a league or in a senior community with a pickleball court. Both existing tennis courts and badminton courts can easily be modified for pickleball and the only gear you need is a paddle and a ball.

As Andy explains, “Pickleballs are similar to whiffle balls, but slightly smaller, with unique varieties for indoor and outdoor play. Paddles come in all sorts of materials, shapes and sizes, and there is now a huge variety available from a number of manufacturers. It can be intimidating to find the right paddle, so we’ve created a pickleball paddle guide that makes the process easy.”

Shuffleboard had its beginnings in 15th century England within a game called shove groat, which eventually evolved into shuffleboard and came to America with the colonists. Shuffleboard soon became popular in the U.S. and tournaments were held throughout the colonies and eagerly attended by fans.

The game can be played on an indoor table or an outdoor court, which makes it a popular amenity for senior living communities. The game provides low-impact exercise, mental stimulation and socialization for seniors of all abilities and skill levels. Shuffleboard is another game where the basic rules can be learned in a few minutes but skill and strategies can continually be improved.

Getting started with shuffleboard can be easily done by joining a group at a local senior center, shuffleboard league or by participating in your community’s shuffleboard activities if you live in a senior community.

This article only touches on a few of the possibilities for seniors to continue their lifelong enjoyment of competition. Whichever sport you choose to enjoy, you will continue to reap the benefits of healthy exercise for brain and body.

What are your favorite low-impact sports for seniors? What has your experience been like participating in them? We’d love to hear your stories in the comments below.

Angel Ridout has been a content writer and SEO editor at A Place for Mom since 2012. She’s put her psychology degree to use working in residential care homes in Washington and writing about mental illness in the elderly. She loves interacting with families and professionals dedicated to seniors’ well-being and sharing their experiences.