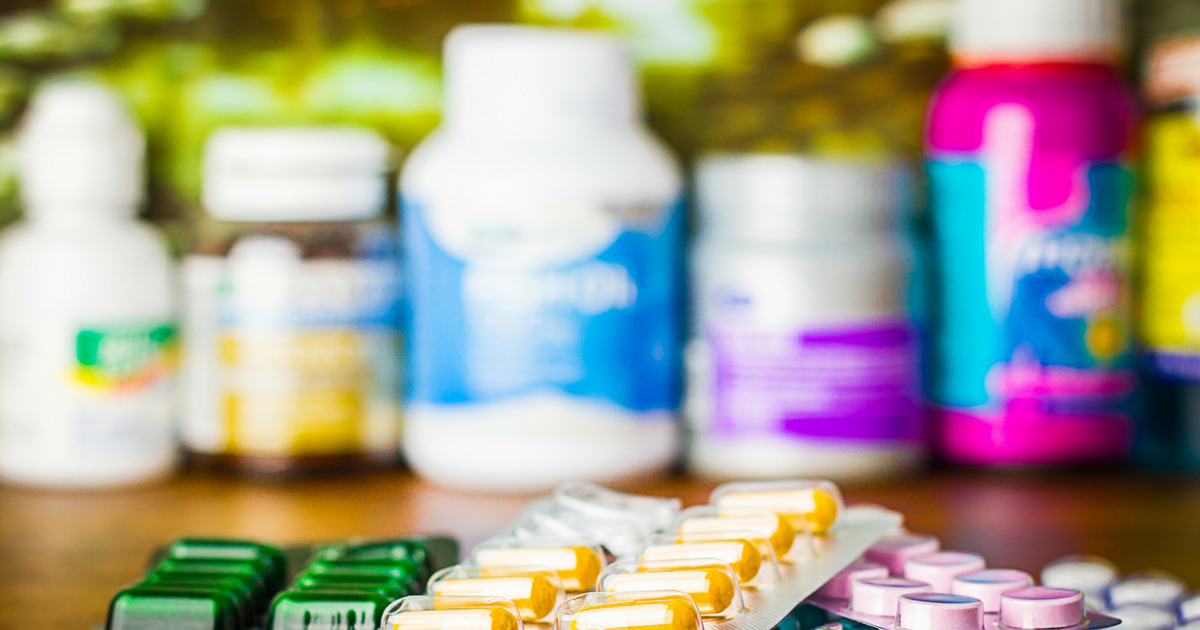 Have you heard of PMHBS? The term refers to Prescription Medication Hoarding and Borrowing or Sharing (PMHBS). Little research has been done on PMHBS among seniors in the United States, so it’s hard to know the extent of the problem, but there’s no doubt that the problem does exist.

If your parent or another senior in your life has a medicine cabinet full of pill bottles, then it may be time to take a closer look at their medication regime.

Take the study Medication Management: A Case of Brown Bag-identified Medication Hoardingby Marinez, Vande and Linnebur. During their study they met a 91-year-old woman who was living independently. The authors reported that when this patient brought her son to her medication therapy management (MTM) appointment with the clinical pharmacist at the University of Colorado Hospital Seniors Clinic, she was asked to bring in any over-the-counter (OTC) and prescription medications, including medications that she wasn’t currently taking. The patient complied, and the pharmacist found that she had been hoarding more than 100 medications. When reviewing the medications, the pharmacist found multiple instances of duplicate therapies and discrepancies in her medication regime.

Cost concerns are one reason that patients like the one described above hoard medications —they don’t want to “waste” their unused pills, so they hold on to them in case they “need them again.” But this is a very dangerous game to play. Medications should be taken only as prescribed, and unused medications should be returned to the pharmacy for proper disposal.

A study in Greece looked more closely at medication hoarding and found that when a person has multiple chronic diseases and uses multiple prescriptions and over the counter medications (referred to as polypharmacy), they are are more likely to store medications for “future use” in their homes, rather than take them as directed by their physician. Even more alarming is that seniors are not only hoarding their medication, but sharing it. A study in Australia called Prescription Medication Hoarding and Borrowing or Sharing Behaviors in Older Residents focused on seniors age 65 and older, and found that “sharing strong pain medication and the same prescription medication appeared to be acceptable in this population.”

How Many Seniors are Engaging in PMHBS?

The truth is that it’s difficult to know how many seniors are hoarding, borrowing or sharing their prescription medication. In the Australian study mentioned above, the authors looked more closely at PMHBS, focusing on people who were 65 and older and lived independently. The results showed that within this group, 12% of study participants “acknowledged PMHBS behaviors were widespread; however, very few survey respondents admitted to engaging in these behaviors.” The study also found that many of the seniors were self-medicating for pain, and these seniors felt that this was acceptable behavior.

When it comes to opiates and pain medication, the trend to share and self-medicate seems to be higher than with other types of medication. One study found that 80% of Pain Management Physicians (PMPs) in Croatia “have seen patients who share their prescription analgesics with other patients for whom the prescription is not intended.”  A study in Rhode Island called Prescription Opioid Use and Misuse Among Older Adult Rhode Island Hospital Emergency Department Patients randomly sampled patients aged 65 or older and “identified problems of improper acquisition, diversion, provider refusal to prescribe opioids, hoarding, and inappropriate use of opioids among this population.”

Dangers of Hoarding or Sharing Medications

Hoarding medications results in the waste and misuse of pharmaceuticals, which can lead to serious side effects, illness or even death. In fact, approximately 43,982 people in the United States and 187,000 people across the globe die each year from a drug overdose. Keep in mind that the real numbers are probably much larger —many countries like Canada don’t keep consistent records about overdose deaths, and many of the countries who do keep this data do not collect stats on seniors (take a look at this infographic from CNN in which overdoses are only tracked for people aged 2 – 36 years old).

The dangers of hoarding, sharing, borrowing or misusing prescription medications are serious, and include:

The problems associated with PMHBS not only cause serious physical harm, they are also costly to health care systems which are already struggling to keep up with patient needs.

If a senior in your life is receiving similar prescriptions from different physicians, is improperly acquiring medication (getting pills from a friend), sharing medication with a friend, hoarding prescriptions, self-medicating, or misusing opioids and other types of medications then you may need to step in, but do so cautiously. Many seniors think that hoarding, sharing or borrowing medications is acceptable behavior. Rather than lecturing them, or forcing them to involuntarily hand over their store of pills, work on educating them about the dangers associated with PMHBS. Also, ensure their doctor or pharmacist is aware of what’s going on.

In the case of the 91 year old patient who was found hoarding over 100 different prescription pills, the study authors noted that “most of the OTC and some prescription medications were voluntarily removed from the patient’s possession to reduce the likelihood of potential overuse of medications.The pharmacist educated the patient and her son regarding her updated medication list and how to properly manage her medications. Finally, the patient’s son volunteered to help his mother with medication management or hire someone to assist her.”

Ultimately, the solution to PMHBS in seniors hinges on doctors, pharmacists and families working together.

Doctors should request that patients bring in all over-the-counter and prescription medications when they meet, whether the pharmaceuticals are actively being used or not. Doctors should ensure their patients and patient’s families are educated on how to properly manage medications and should be on the lookout for behaviors that could indicate an addiction or accepting attitude towards PMHBS.

Pharmacists should focus on educating patients about the importance of returning unused medication —not only is there an environmental factor (throwing medications in the garbage can lead to tampered water supplies and other environmental hazards), but getting in the habit of returning unused medications will prevent hoarding and alert a pharmacist to whether the course of medication was properly completed (keep in mind that there are some situations where it shouldn’t be).

Ultimately, families and family caregivers should intervene to help elderly patients manage their medication, or hire a home care aid to oversee medication management. Seniors who live in senior living and assisted living communities often have case managers and nursing staff to help manage their medication, but if you’re worried about your parent’s medication regime, talk to the staff in their community to see how they control PMHBS.

Does your loved one have PMHBS? We’d love to hear from you. Share your stories in the comments below.