Is Retirement Bad for Physical and Mental Health? 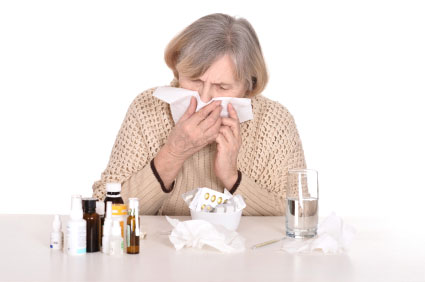 How do new findings on health and retirement influence the debate on raising the retirement age? Read on for our simple breakdown of the issue.

Until recently, the discussion — or argument — about raising the retirement age has focused primarily on political and financial matters: namely, concern over Medicare and Social Security shortfalls in the face of the rapidly increasing proportion of retirees. But a new report from London’s Institute of Economic Affairs and the Age Endeavour Fellowship implies that we should be looking at the issue from a different angle. According to the report, retirement is associated with a decline in mental and physical health — and may even cause poor health.

This sheds new light on recent proposals that the U.S. raise the Social Security age to 68, or even 70. According to the AARP, “The age when a person becomes eligible to receive full, unreduced Social Security retirement benefits, has been increasing from age 65 on a schedule set by Congress in 1983.” Currently, that age is 67 for those born in 1960 or later. Raising the age of retirement could help address the Social Security funding gap — but it might also reduce the benefits available in the future when today’s young workers retire. Of course, any changes would have to be passed by Congress.

The Debate Over Raising the Retirement Age

Depending on which side of the financial debate you fall, raising the retirement age might be a good thing, or it might sound like a bad decision. Where both sides agree, though, is on the fact that we’re going to face a Social Security shortfall in coming years. Some feel it’s worth it to pay more into Social Security so that future generations will have the same level of benefits as today’s seniors, but not everyone is in line with that option.

In a report on the topic, the AARP Public Policy Institute discusses the role of increasing life expectancy—some of those who are in favor of raising the age feel that the longer we live, the longer we should work. However, opponents say, “most of the gains in life expectancy over the past 30 years have gone to higher earners;” this means lower-income Americans could be unfairly penalized if the retirement age were raised.

The Latest Science on Health and Retirement

The political and financial aspects of the situation continue to spark debate, but both sides might be convinced to reach a compromise in light of new scientific revelations. Longitudinal studies on retirees—such as the Health and Retirement Study sponsored by the National Institute on Aging, and the Survey of Health, Ageing and Retirement in Europe (SHARE)—are yielding data on how retirement affects the physical and mental health of older adults. One of the surprising findings is that, while retirement may have some positive short-term effects, the long-term effects can be significantly less pleasant.

A UK report entitled “Work Longer, Live Healthier: The Relationship Between Economic Activity, Health and Government Policy” reveals that “being retired decreases physical, mental and self-assessed health,” possibly due to less physical and social activity. This is not the only recent evidence of retirement having potentially negative effects. A 2006 study in the Southern Economic Journal suggests that the lessening of physical, social, and professional activity leads to increases in illness, worse mental health, and more problems with mobility and activities of daily living. In 2009, a German study utilizing the English Longitudinal Study of Ageing (ELSA) found a similar association.

However, most scientists are quick to point out that this is an average effect, rather than a prediction that will be true for everyone. Not only that, there is still a lot of research to be done. There is obviously no one-size-fits-all solution in America. As we learn more about aging and health, though, we can at least improve our prospects for a healthy, happy, and long-lived retirement.

Do you think raising the retirement age is ultimately positive or negative? Weigh in the comments below.