Hard Facts About Sleep Problems in the Elderly 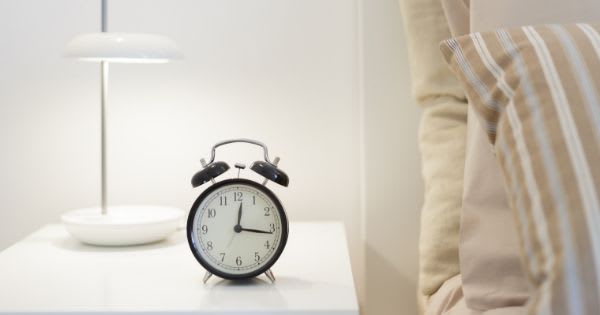 Sleep is critical for emotional, mental and physical health — not just for the elderly, but for caregivers, too. Though changes in sleep patterns are part of the normal aging process, sleep problems are known to cause an increase in dementia, falls and even mortality in seniors.

We’ve put together an overview of why sleep is critical for elderly health, how conditions such as Alzheimer’s disease can change sleep patterns, and what caregivers and seniors can do to make sure they get enough rest.

We all know that a good night’s sleep is the key to feeling well the next day, but sleeping soundly is also linked to a lower risk of cognitive impairment and dementia later in life. Unfortunately, the elderly are more likely to have health issues that disturb their sleep, such as insomnia or sleep apnea.

A recent study at the University of California, San Francisco, showed a clear association between sleep-disordered breathing in older women and the risk of cognitive impairment.

“Those who developed disruptions of their circadian rhythm were also at increased risk,” reports NPR. “So were those who awoke throughout the night, tossing and turning.”

For seniors who are under some form of psychological stress, this link could be even stronger. Not only does stress affect our sleep patterns, but stress in itself has also been associated with increased dementia risk. Another study found a link between stress in middle-aged women and the later development of dementia.

Dr. Kristine Yaffe, who co-authored the UCSF study, advises older adults to get regularly screened for sleep problems so that any issues can be caught early and treated before they lead to significant cognitive impairment.

These sleep problems were even more pronounced in older adults with Alzheimer’s. Brain changes associated with the disease are the underlying cause of issues such as difficulty sleeping, nighttime wandering, and shifts in the sleep/wake cycle, as well as evening agitation, referred to as “sundowning.”

Aging sometimes causes a natural disruption of Circadian rhythms — a disruption which is often significantly worse in those with Alzheimer’s, reports the National Sleep Foundation. In fact, the Alzheimer’s Association notes that “in late stages of Alzheimer’s, individuals spend about 40% of their time in bed at night awake and a significant part of their daytime sleeping.” Sleep disruptions, in turn, are one of the factors that contribute to sundowning behavior.

If your loved one shows increased anger, confusion, or memory loss as the day winds down, there are several coping strategies caregivers can use to improve sleep for seniors, including establishing a daytime routine that includes some degree of physical activity.

Why Caregivers Need Sleep, Too

Study after study has shown that caregivers need a good night’s sleep just as much as their parents or senior loved ones. According to a report from the National Alliance for Caregiving, depression and stress are common in caregivers, and 87% of those surveyed reported problems with their energy levels and sleep.

Many caregivers said that their sleep was interrupted during the night, sometimes several times a night, while others said it was the stress of their responsibilities keeping them awake.

The National Sleep Foundation reports that “sleep problems among caregivers… takes its toll on the health of the caregiver.” It’s therefore especially important for caregivers to care for themselves as much as possible, adopting healthy day-to-day habits as well as taking longer breaks as needed, such as those provided by respite care or respite vacations.

Are you a caregiver who has dealt with sleep problems in the elderly? We’d like to hear any tips that you’ve found to be useful in encouraging your senior loved ones — and yourselves — to sleep better, in the comments below.