Dementia Care Around the World 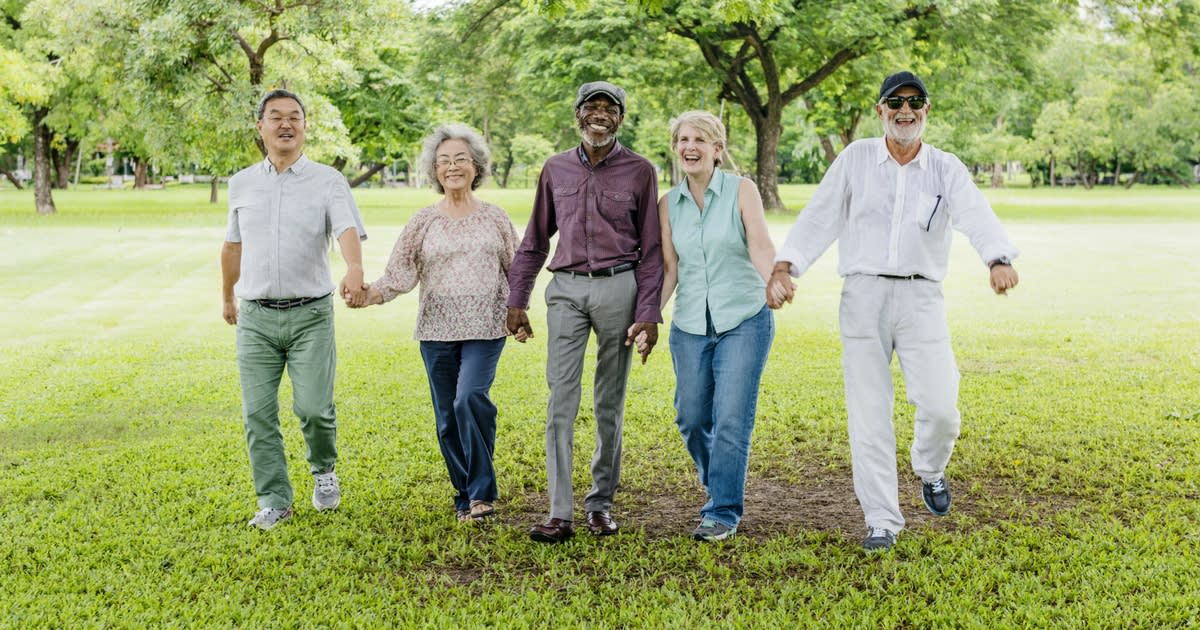 Today is World Alzheimer’s Day – a day to pause, reflect on and respect those living with dementia around the world.

The Alzheimer’s Disease International (ADI) organization is calling on more countries to recognize Alzheimer’s disease and other dementias as a public health crisis today, so we are taking a look at how several different countries approach dementia care and are sharing how they’re preparing for a growing population of people who have age-related cognitive impairment.

Alzheimer’s and Dementia Care Around the World

ADI reports that every three seconds someone in the world develops dementia, with nearly 50 million people currently living with the disease worldwide. Perhaps more alarmingly, that number is expected to reach 132 million by 2050.

“The global dementia crisis is increasing in severity, with it set to become a trillion-dollar disease in 2018,” says the ADI.

The organization adds, “Alzheimer’s Disease International is calling on world governments and individuals to support initiatives for greater awareness.”

We at A Place for Mom are doing our part to support the cause, by sharing the ways various countries provide dementia care around the world:

Australia: A Global Leader in Care

A U.S. Senate Special Committee on Aging released a report analyzing how five developed countries are dealing with Alzheimer’s and dementia. Included in the report were Australia, France, Great Britain, Japan and the United States. The report found that seniors with the disease are receiving the most care in Australia, although the report also noted that Australia has the lowest incidence of dementia of the five nations analyzed. It could be that a lower incidence of the disease allows agencies and caregivers to concentrate their resources on a smaller group, making efforts more effective and allowing patients to receive more care.

A difference between Australia and the other nations, according to the report, is that “Australia’s federal government has primary responsibility for planning and funding long term care for the aged… Aged care services are finances through taxes.” In most other nations, including the U.S., the government’s contribution to long term care for Alzheimer’s patients is more limited.

One interesting effort is taking place in the Belgian city of Bruges, where a number of measures have been put in place to make the city safe and welcoming for people with dementia.

The BBC reports that Bruges is turning itself into a dementia-friendly city by making citywide changes, such as adding special signs to shop windows indicating that they are safe places for people with dementia who need help (similar to the safe-place signs used for children in some parts of the U.S.).

The city also maintains a database of people at risk of wandering so that they can be located quickly should they become lost. The database includes the location of places that registered wanderers used to live and work, as these are often the location they will seek during their confused misadventures.

China adopted many Western customs during its transition to a more open society and market-oriented economy in the 1990s, including caring for dementia sufferers in therapeutic memory care facilities. For Alzheimer’s and dementia advocates in China, as well as patients themselves, this transformation represented significant progress.

A New York Times article describes how the recognition that hospitals are not suitable homes for dementia sufferers has led to a building boom in memory care communities. The Times article quoted Zhang Fan, noting that in Shanghai alone they will need 5,000 additional memory care beds a year to meet demand.

The article adds that China has “dismantled its old ‘iron rice bowl’ system of cradle-to-grave financial support from the state,” and that elderly citizens in China must increasingly rely on their family members to pay for their senior care.

A low birthrate combined with extraordinary longevity has made Japan one of the oldest countries on Earth. So, naturally, Alzheimer’s and dementia is a major public health concern.

One of Japan’s main contributions to memory care is known as “learning therapy” — a deceptively simple dementia therapy created by Ryuta Kawashima. During learning therapy, dementia patients are asked to do simple arithmetic problems as well as read aloud from books and stories each day. Evidence suggests that it can improve that quality of lives and potentially slow cognitive decline.

“Learning Therapy” at first glance seems like it could be a version of the electronic “brain game” systems, but the element of human-to-human interaction in these therapies is missing from solitary brain-game playing, and could be part of the reason that these trials have shown promise.

The Netherlands is specifically focused on progressive dementia treatments, according to their National Dementia Programme. One of the most well-known dementia care communities in the world is located just outside of Amsterdam. The memory care community, Hogewey, dubbed “Dementiaville,” has received a lot of international press for designing a community that allows residents to live without locks, with minimal medication, in their own apartments, and doing the daily things they love — including cooking, going to movies, shopping and visiting the barber or hairdresser. The patients there are encouraged to do the “same things they loved before their illness took hold.”

This dementia community has been part of a 20-year experiment where residents are described as being “happy” and “full of life.” Because of Dementiaville’s success, a much larger version of this community is currently being built in Switzerland and is scheduled to open in 2017. Reports state that caregivers there will be posed in street clothes, working amongst the 1950s, 60s and 70s styled homes:

“To reinforce an atmosphere of normality, the caregivers will dress as gardeners, hairdressers and shop assistants.”

Dementia Friends is a government funded national initiative run by the British Alzheimer’s Society that aims to educate the public about what it’s like to live with dementia. The Prime Minister admitted that general awareness about Alzheimer’s is “shockingly low,” so according to the organization, “Dementia Friends aims to make everyday life better for people with dementia by changing the way the nation thinks, talks and acts.”

Community awareness, action and education is the overall goal of this organization. “We want there to be a million dementia friends with the ‘know-how’ to feel understood and included in their community.”

One way that the UK is providing innovative dementia care is through Bristol, England’s Grove Care in Winterbourne community, which takes a “person-centered care with a holistic approach — taking into account a person’s mental and physical health needs as well as respecting and supporting their cultural, emotional and spiritual beliefs.”

The United States government is on a mission to stop Alzheimer’s by 2025. Many memory care communities are focusing on new dementia treatment techniques to improve the quality of life for residents. Light therapy, music therapy and validation therapy are all innovative techniques being used to help enhance the lives of dementia sufferers. Memory care providers in the U.S. also emphasize what’s called “person centered care,” which respects each person’s background and individuality.

We asked Rita Altman, Senior Vice President of Memory Care and Program Services at Sunrise Senior Living about the challenges of caring for a such a diverse clientele. Altman said it starts with getting to know the resident, “We value all of the information that the resident and their family and friends share with us about [the new resident’s] culture and lifestyle.” She explained that Sunrise is prepared to accommodate residents from all backgrounds:

“There are many ways that we can accommodate each resident’s needs such as using language cards that enable caregivers to communicate with residents about their activities of daily living. We also encourage family members to bring in photos, tapestries, music, books and other mementos from the resident’s home and design their rooms to look and feel familiar, give them a sense of security and identity by reflecting their culture.”

With baby boomers aging in record numbers and no cure for the disease in sight, the number of people with dementia continues to rise all over the world.

You can do your part this World Alzheimer’s Day by spreading awareness and sharing the early signs of Alzheimer’s and dementia with aging family members, friends and loved ones.

Have you experienced dementia care around the world? What has your experience been like? What similarities or differences did you find? We’d like to hear your stories in the comments below.