Cities with the Oldest Populations 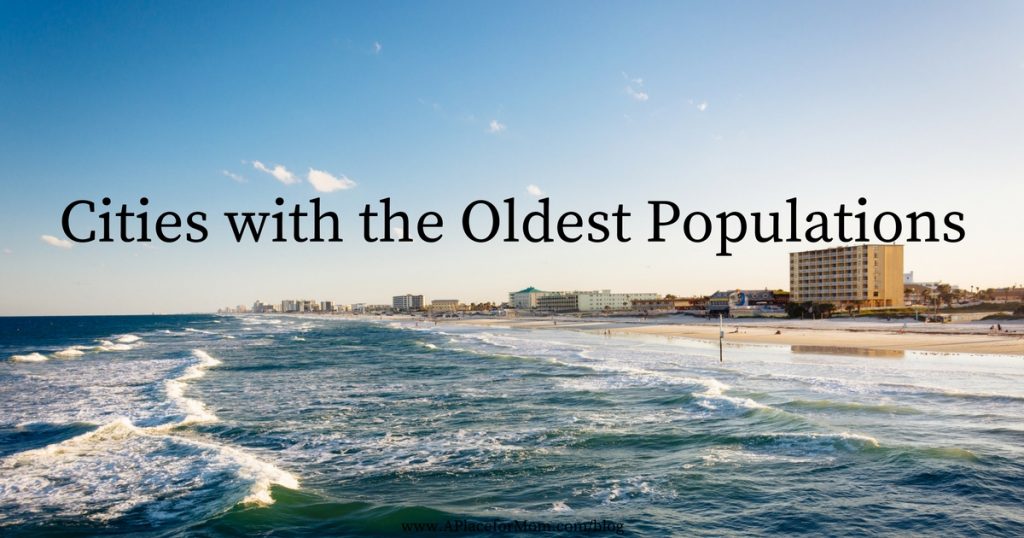 According to the World Atlas, by 2060 there will be 98 million elderly people in the United States. As the number of seniors (people aged 65 or older) across the United States continues to grow, communities with large senior populations are making accommodations to ensure that they are able to support senior health, safety and social involvement.

Learn more about the cities with the oldest populations.

Top 10 Cities with the Oldest Populations in the U.S.

Accommodations for senior populations come in many different forms, but include initiatives like:

For seniors who are considering relocating, finding a city that is age-friendly is an important consideration.

Based on data collected by A Place for Mom (which originated from the American Community Survey 2014 Five-year Estimates), the following cities have the largest proportion of seniors (people above the age of 64):

It’s interesting to note that many of the cities on this list are in Florida.

Most metro areas in the state have a senior population of 20% or more (in Punta Gorda, Florida, 36% of the population are seniors).

For years, Florida has been a hot spot for seniors because of the favorable weather and large senior communities, so it’s not surprising to see so many of the state’s cities in this top 10 list.

Top 10 Cities with the Fastest Growing Senior Populations in the U.S.

Although Florida continues to reign supreme as a popular senior living destination, cities in the state make the list of the fastest growing senior communities in the United States:

How Are Cities Keeping Pace with Growing Senior Needs?

The World Health Organization has developed a Global Database of Age-Friendly Practices which provides information about initiatives that are underway to help make communities age-friendly. Searchable by country, city size and initiative type, the database provides information about a number of American cities that are putting seniors first in policy and practice. Senior-focused initiatives are happening in:

“Age Friendly Sarasota” is an organization within Sarasota County dedicated to providing seniors with accessible housing solutions so that they can age-in-place. In 2015, the Sarasota Board of County Commissioners adopted a Universal Design and Visitability program for residential housing units. “The resolution encourages providers and builders of housing in the County to construct housing and communities which are safe and enable residents to move around easily in their communities and to age in place.”

Is your city on this list of cities with the oldest populations? We’d love to hear about the senior-friendly initiatives taking place in your community. Share them with us in the comments below.