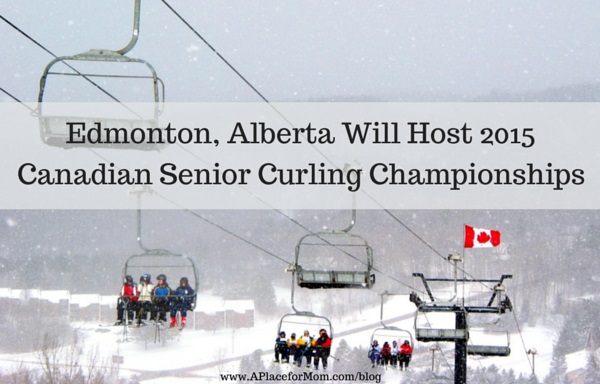 Curling is not just for Olympic athletes or winter sport fanatics — it’s for everyone, including seniors. Find out more about the upcoming 2015 Senior Curling Championships in Edmonton.

Many countries only get to enjoy curling competitions every four years during the Winter Olympics. Not so in Canada, where you can get your winter sports fix at any number of ice rinks and curling clubs throughout the nation. There are over 20 curling clubs in Northern Alberta alone, and one of those — Thistle Curling Club, Edmonton’s oldest curling club — is playing host to this year’s Canadian Senior Men’s and Women’s Curling Championships in March.

Senior Curling Champs On Their Way to Edmonton

The Canadian Senior Curling Championships have been “sweeping” their way across Canada since 1965, when the competition was still for men only (the women’s competition began in 1973, and the two were combined in 1985). Teams consist of players over the age of 50, and the winning teams go on to compete in the 2016 World Senior Curling Championships. Now in its 51st year, the definitive Canadian senior curling showdown is returning to Edmonton for just the third time in its long history.

Practices and pre-qualifying matches take place on March 19-20. The qualification round includes the four lowest-ranked men’s and women’s teams from 2014; two teams from each gender will move on to the championships themselves, which run through the week of March 21-28. A total of 12 men’s and 12 women’s teams from throughout the Canadian provinces and territories will compete in the championships. On the 29th are the semifinals, the Gold and Bronze medal games, and, of course, the Victory Banquet.

All of the festivities will be taking place at the venerable Thistle Curling Club, which has been in existence since 1920 and is Edmonton’s oldest club. The Thistle welcomes both competitive and recreational curlers, from children to seniors and from amateurs to masters, at their professional-quality facility.

Besides hosting the 2015 Canadian Senior Championships, the Thistle also hosts the annual Senior’s Cliff Fender bonspiel, and is the home of the Senior Super League.

In addition to being a good friendly competition, curling is a great way for seniors to stay active and social, so if you live close to a facility like Thistle that welcomes seniors, make sure to check it out — family fun on the ice is just a stone’s throw away.

Do you or a family member participate in a senior curling league, or another senior sporting activity? Share your story with us in the comments below.