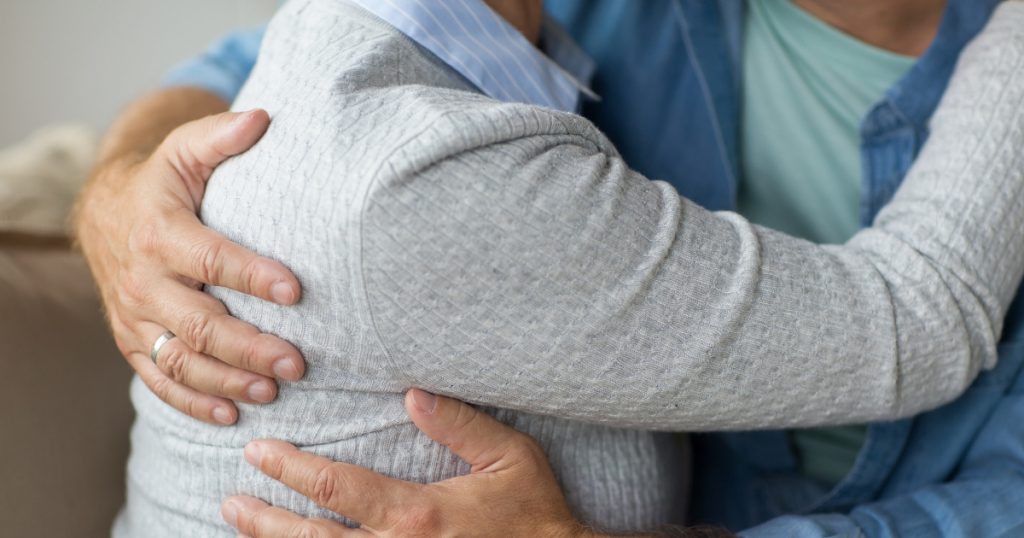 Are you aware of dementia stigma? To change attitudes around the disease, the Alzheimer Society of Canada recently initiated a nationwide campaign to showcase Canadians who live with dementia and face stigma.

Learn more about the campaign and how to take steps towards reducing dementia stigma.

If you don’t think people living with dementia are stigmatized (or that you, in fact, have unconsciously participated in stigmatizing behaviour) take the Alzheimer Society of Canada’s stigma test.

It includes some startling tidbits of information, including:

To change attitudes around dementia, this January, the Society initiated a nationwide campaign — “Yes. I live with dementia. Let me help you understand” which showcases Canadians living with the disease.

One Canadian who is trying to help others understand is Toronto resident Paul Lea, who was diagnosed with vascular dementia in 2009, six months after having “a massive stroke that took out a quarter of my brain.”

Most people with dementia “kind of keep it to themselves…. and that all adds [up] to stigma,” says Lea. “We need more people like me to talk.”

Lea, who is involved with Dementia Alliance International and the Ontario Dementia Advocacy Group, has come to the realization that “I was born and I survived my stroke to do what I’m doing… and that’s being an advocate and making the public aware.”

Lea, who is 66-years-old, wasn’t always open about his dementia, though. For the first six years after his diagnosis, he didn’t even go out much, unless somebody was with him, “because I got scared — things didn’t look the same.”

In 2015, Lea’s life was transformed after he attended a special screening of “Sybil and Betts: Requiem of a Friendship,” a film about a woman with Alzheimer’s and her care partner. Lea, who realized he had the same symptoms as Betts, talked to a doctor who was involved with the screening and shortly afterword got connected with the Alzheimer Society of Canada.

Lea’s first experience with dementia stigma occurred more than 10 years ago when his general practitioner called him a hypochondriac after he told him he was experiencing confusion, headaches and memory loss. “I didn’t know what to say to that,” says Lea. “I left and I sort of felt alone at that time. Nobody wanted to believe that I had these problems.”

Another example of stigma: Being called “stupid” and told to go away after asking a fellow subway passenger to repeat directions about how to get from the subway to street level.

“Here I am asking for help, and no one’s helped me and what they’re doing is making me feel bad,” says Lea, who felt angry and empty after the encounter.

Lea also noticed that some of his friends fell by the wayside when they found out about his dementia.

On the other hand, his family has stood by his side, including his daughter who he talks to twice a day. Lea also notes that not all families are supportive. Family members sometimes yell at their loved one or try to make them stay inside to avoid being embarrassed by wandering or other behaviors, he says.

Instances of dementia stigma in society can include:

Because of the stigma, people often avoid disclosing the symptoms they’re experiencing until much later in the disease, when it may be hard for them to manage their symptoms.

One of Lea’s messages is that people with dementia can still contribute to society. Lea himself is never “depressed” but rather, grateful he can still be a part of society. He is active, engaged and enjoys challenging himself. “I have cognitive issues, but I like learning new stuff,” he says.

A former computer geek, Lea sometimes gets frustrated with technology these days but nevertheless, continues to use computers as well as a smartphone. On top of that, he tweets, often about dementia-related matters. Lea’s neurologist says he has compensated so well for some of his deficits that he has created new pathways in his brain.

People often express surprise when they learn Lea has dementia. “When I tell people that I have dementia, they look at me and say, ‘No, you don’t. You don’t look like a crazy or anything else.’”

“The thing is that we are human beings,” he says. “We’re not dead. We still have feelings.”

Have you, a parent or senior loved one experienced dementia stigma? What are your thoughts about the Alzheimer Society of Canada’s campaign? We’d like to hear from you in the comments below.