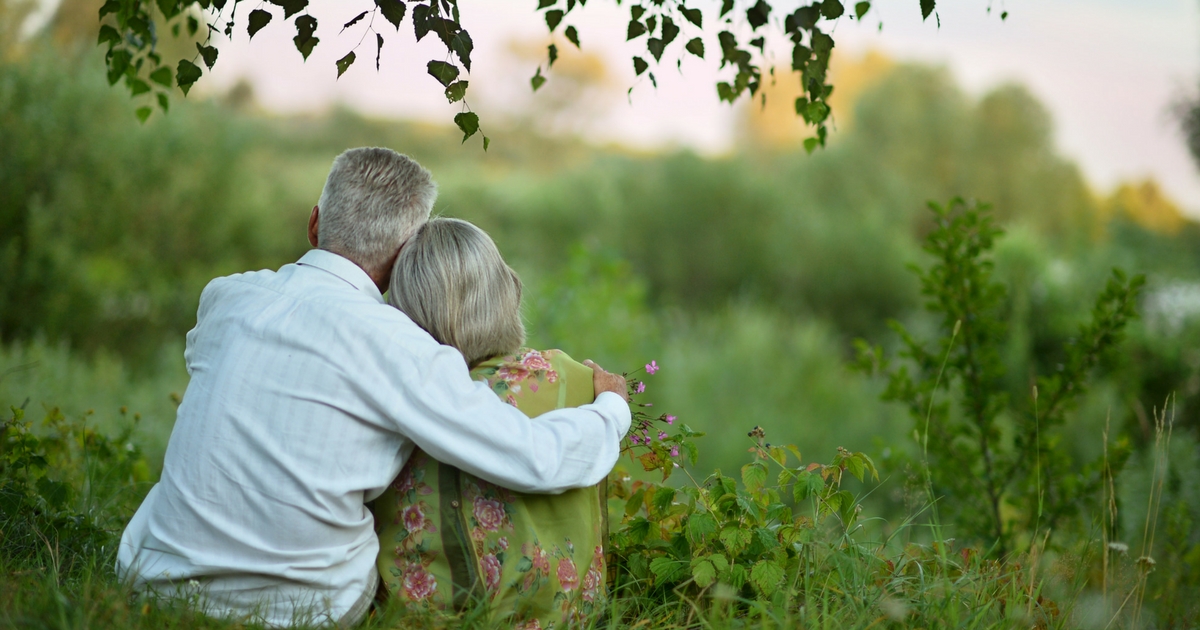 Like all phases of life, our senior years can come with their challenges. However, the difficult and unpleasant aspects of aging should not overshadow all the wonderful parts of growing old.

It may surprise some, but studies show that seniors are among the happiest groups of people, and that they are significantly more happy than their middle-aged counterparts.

The author of a study on the subject, Dr. Saverio Stranges, says, “This could be due to better coping abilities. Older people tend to have internal mechanisms to deal better with hardship or negative circumstances than those who are younger.” Another reason seniors may also be happier is because age means that they are “more comfortable being themselves.”

American writer Gore Vidal once joked, “Never have children, only grandchildren.” Grandparents often get to experience the joys of little children without the diaper changes and sleepless nights. Grandparents love their grandchildren, and this love lightens their own heart while simultaneously benefiting the grandchildren who receive this love.

3. More Time for Loved Ones

Retirement isn’t inherently joyful or relaxing — it’s how that time is used that makes it special.

One of the best parts of retirement is spending time with family, friends and other loved ones.

4. Opportunity to Pursue Your Dreams

Victorian novelist George Elliot wrote, “It’s never too late to be what you might have become.” The time gained during retirement is an excellent opportunity to pursue dreams and passions that you might have put on hold.

For instance, you can learn a new language, take that trip you’ve always dreamed of, or write the novel in your head that’s been waiting to get out.

5. Participation in Civics and Volunteering

Growing old provides a sense of broader perspective, and it often makes people inclined to focus much of their efforts and energy towards bettering society and creating a better world for future generations.

In addition to spending time with loved ones and pursuing passions and personal dreams, retired seniors have more time to be civically and politically involved, and they do just that.

For example, people over aged 65 vote at a higher rate than any other age group according to data from the U.S. Census Bureau. They also volunteer at a high rate. The Bureau of Labor and Statistics reported that one in four U.S. seniors 65+ actively volunteered during 2015.

A Smithsonian Magazinearticle described a number of recent studies demonstrating the emotional and intellectual benefits of aging. One study described in the article showed that seniors have better control over their emotions than other age groups. Researchers had participants of all ages play a gambling game “designed to induce regret” and found “unlike 20-somethings, those in their 60s didn’t agonize over losing, and they were less likely to try to redeem their loss by later taking big risks.”

Another study described in the aforementioned article asked participants to give advice to hypothetical authors of “Dear Abby” letters. The findings indicated that seniors have have superior empathetic and social abilities. The study said:

“Subjects in their 60s were better than younger ones at imagining different points of view, thinking of multiple resolutions and suggesting compromises.”

While seniors may have acquired better social skills than their younger peers, they can be vulnerable to isolation. Read our blog about helping seniors avoid social isolation to make sure that these skills have a chance to shine.

In an article about the history of aging, we discussed how, before the 20th century, seniors without the means to support themselves  were forced to move into what were referred to as “poorhouses” or “workhouses.” This was the lot of seniors who were not independently wealthy or who did not have family members who could take care of them.

While poverty is still a big problem among seniors, safety-net programs such as Medicare, Medicaid and Social Security mean that American seniors should have a guaranteed minimum income and health insurance even if they aren’t wealthy and don’t have children who can support them.

President Franklin Roosevelt in 1935 described the importance of Social Security and similar safety-net programs that he helped to enact, “We can never insure one-hundred percent of the population against one-hundred percent of the hazards and vicissitudes of life. But we have tried to frame a law which will give some measure of protection to the average citizen and to his family against the loss of a job and against poverty-ridden old age.”

As trivial as senior discounts may seem, there must have been a time you envied them. The discounts offered to seniors can help people save money in a period when income tends to be fixed and limited. These discounts also provide a great incentive for seniors to make the most of their retirement, for the discounts are often for the exact types of services that help seniors stay engaged and active, such as dining, medication, entertainment and transportation.

There are even websites like SeniorDiscounts.com which exist to help seniors locate businesses that offer senior discounts.

John Lennon’s lyric, “A working class hero is something to be,” puts it well. Seemingly ordinary achievements like raising a healthy and happy child, being happily married, serving in defense of the nation, or retiring from a job in good-standing after years of dedicated service, can be the foundation of a pleasant contentment in old age.

What is your favorite thing about growing old? We’d like to hear your thoughts in the comments below.