Retiring at Age 60 Not Likely for Most Baby Boomers 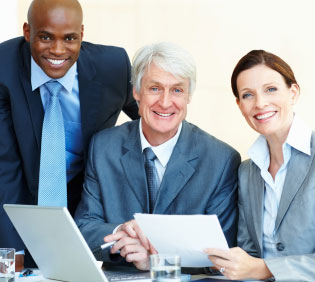 While delaying retirement is usually not ideal, new research shows that each extra year of work can delay Alzheimer’s by an average of 18 months, according to the International Journal of Geriatric Psychiatry.

If you are planning on retiring at age 60—as many Americans have done in the past—you may be in for some bitter disappointment. According to a new Gallup poll, expectant retirement age has been steadily increasing since the mid 1990s and has reached a new expectant retirement age of 67. Most seniors were dealt a hand of financial frustration from either one, or a combination of the following events:

The good news? Working longer may actually be better for you in the long run. Research shows that working longer can delay the onset of Alzheimer’s disease. In fact, the study showed that each year of work was believed to delay the onset of Alzheimer’s disease by approximately a year and a half. Keeping the mind engaged was the key, Institute of Psychiatry at King’s College scientists believed.

‘Use It or Lose It’: Retiring Later Promotes More Mental Activity

“Extended employment may keep an individual participating in intellectually stimulating activities,” according to the International Journal of Geriatric Psychiatry. The concept of ‘use it or lose it’ means more to American seniors, in this instance. Keeping mentally active and fit in later life is necessary for retaining brain power.

There is a part of the statistics that may misleading, however. In some instances, people who retire early often do so because of health conditions, such as hypertension or diabetes, which increases the risk of dementia. While this skews the data a little, it is still believed that the brain works as a muscle and that mental stimulation, cognitive activity and having work as a social influence, may help to keep the mind young.

Nourishing our minds and bodies contributes to latter years’ quality of life. Pardon the cliche, but our bodies really are ‘well-oiled machines’ that need pampering, maintenance and care. The average life expectancy in the U.S. is 78 years, according to The Centers for Disease Control and Prevention, which means that exercising, eating a healthy diet and keeping our minds engaged and happy (and yes—working longer, in some instances) helps us enjoy a more active, mentally sound retirement. The Journal of Geriatric Medicine recommends to all seniors that “the best way to reduce the risk is to combine keeping physically active with eating a balanced diet and getting your blood pressure and cholesterol checked regularly.”

You may have to work longer than anticipated. But taking the time to have a paradigm shift to appreciate how work can actually enhance your life—and possibly postpone Alzheimer’s—definitely provides a healthy perspective.