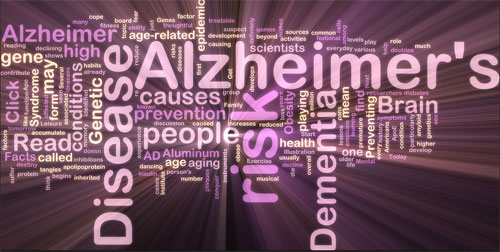 It’s estimated that by 2050, 15% of the U.S. population will be at risk for Alzheimer’s disease. Discover why Alzheimer’s is one of the nation’s leading epidemics and get insight into finding a cure from the principal scientist at the Banner Alzheimer’s Institute.

Alzheimer’s touches more and more lives each day as the sixth leading cause of death in the U.S., and the only cause in the top 10 that can’t be prevented or cured.

Jessica Langbaum, principal scientist at the Banner Alzheimer’s Institute and Associate Director of the Alzheimer’s Prevention Initiative, spoke with us about the search for a cure, as an informed advocate and leading researcher for the fight against Alzheimer’s.

What is the Alzheimer’s Prevention Initiative?

The Alzheimer’s Prevention Initiative is a collaborative effort led by Banner Alzheimer’s Institute, aimed at those who are at a high-risk for developing signs and symptoms of the disease based on age and genetics.

The main goal of the trial is to find a surrogate marker for Alzheimer’s prevention. Langbaum says:

She continues, “While we are never giving up on patients currently affected by the disease, scientists have raised the idea that the current treatments now in clinical trials may have their most profound effect if used during this ‘silent’ period.”

The Need for Public Alzheimer’s Awareness

Alzheimer’s is one of the largest epidemics in the U.S., and it continues to grow along with the aging population of baby boomers. Although public awareness and education is growing in communities in other nations across the world, information about the disease is still lacking in the U.S.

That is why the Banner Alzheimer’s Institute and their partners created the web-based Alzheimer’s Prevention Registry where people can enter their email address to sign up to receive email notifications to find out what’s happening in Alzheimer’s prevention research. Whether it’s webinars, blogs, or just healthy brain tips, along with email notifications about study opportunities within their communities, families on the journey of Alzheimer’s can greatly benefit from this resource.

The Banner Alzheimer’s Institute is committed to the fight against Alzheimer’s and has made it their mission to increase public awareness by:

How is The Banner Alzheimer’s Institute Affiliated?

The Banner Alzheimer’s Institute was established in 2006 by Banner Health, one of the country’s top nonprofit health care systems leading the fight against Alzheimer’s. The Institute is a “center of excellence within the healthcare system,” says Langbaum.

Three strategic missions of the Banner Alzheimer’s Institute are:

It’s important to “find hope and joy in disease, realizing that it doesn’t need to be a death sentence,” Langbaum sagely notes.

A good example of someone still living life to its fullest, getting good care and contributing to Alzheimer’s research is Pat Summit, an NCAA Basketball Hall of Fame coach who was diagnosed with early-onset Alzheimer’s in 2011. Langbaum notes that Summit speaks highly of the care she received from Banner Alzheimer’s Institute in her recent memoir, Sum It Up.

According to Langbaum: “The FDA recently approved a new PET scan that detects Alzheimer’s pathology in the brain, but its use is only approved for people who already have the disease, its use in people who are still healthy and not showing signs is still in the research realm.” While people can get genetic testing for some of the risk factors, such as a gene related to the risk of developing late-onset Alzheimer’s there’s still not a cure — so testing isn’t recommended yet.

When asked when she thinks scientists will be able to test treatments on individuals who are not yet showing clinical symptoms of Alzheimer’s or dementia, she mentions there are two studies for people who are healthy to start enrolling in this year:

Led by Takeda and Zinfandel Pharmaceuticals, this trial is for people who are otherwise healthy but have what may be a new genetic biomarker, TOMM40.

Led by Alzheimer’s Disease Cooperative Study, this is a trial that’s enrolling several hundred people with high amyloid levels in the brain who are still cognitively healthy

How to Make a Difference: Alzheimer’s Prevention

Since the Registry is a community of people interested in making an impact on Alzheimer’s research to help stop the disease, it provides regular updates on the latest scientific advances and news, as well as information on overall brain health.

Help the nation overcome one of the greatest obstacles to clinical research— by enrolling today — it only takes three minutes of your time.

For more Alzheimer’s resources and information about research around the world, visit the Alzheimer’s Association International Conference webpage.

Jessica Langbaum, a principal scientist at Banner Alzheimer’s Institute, earned a bachelor’s degree in neuroscience and psychology with high honors from Oberlin College in Oberlin, Ohio, and a Ph.D. in psychiatric epidemiology from Johns Hopkins University.  She directs the national Alzheimer’s Prevention Registry and serves as a study officer for the Alzheimer’s Prevention Initiative’s first clinical trial in autosomal dominant early-onset Alzheimer’s disease mutation carriers.

Do you think the nation will find a cure for Alzheimer’s by 2025? Share your thoughts in the comments below.