Alzheimer’s and Dementia in Popular Culture 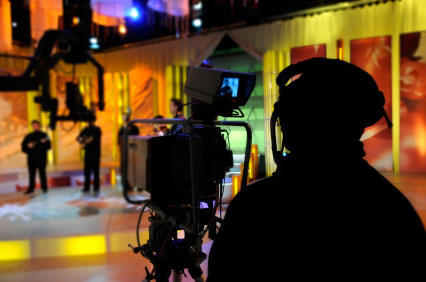 TV shows and other forms of pop culture are starting to shine a spotlight on Alzheimer’s and dementia, bringing Alzheimer’s awareness to a more widespread audience.

Here in the U.S., we’ve come a long way in our portrayal of Alzheimer’s disease and dementia on television. Gone are the days when senility was exclusively a device for comic relief or ridicule. At the same time, no longer are we sweeping neurological conditions under the rug, either, pretending they don’t exist.

The implications of this change are far-reaching. Popular culture can spread awareness of Alzheimer’s in a way that public-service announcements and documentaries can’t—reaching a different audience and bringing them the message that they aren’t alone. For example, even though dementia can be an unfortunate, everyday reality, there are steps we can all take to get educated and minimize the impact of the disease. And for those TV viewers who don’t have direct experience with Alzheimer’s, even fictional portrayals can help acquaint them with the day-to-day realities of dementia and the situations many Americans face in their homes and communities.

Junior Soprano played a ‘mob boss’ suffering from Alzheimer’s disease in the hit series, The Sopranos.

The past decade or so has seen more and more main characters in prominent dramatic series facing the issue of Alzheimer’s in themselves or in family members. One of the best-known instances occurred in the popular HBO series The Sopranos, in which Junior Soprano (Dominic Chianese) plays a mob boss suffering from Alzheimer’s disease. The actor himself had been caregiver to his own mother with dementia, and his sensitive portrayal has resulted in honors from the Alzheimer’s Association and recognition by the American Academy of Neurology.

Another example is the show Mad Men. In a recent episode entitled “Man With a Plan,” viewers witnessed the return of primary character Pete Campbell’s mother Dorothy after five years—a time during which there was rampant fan speculation about her whereabouts, according to IGN TV reviewer Eric Goldman. Her situation had become dire, and her sense of the past and present both had been affected by Alzheimer’s disease. The episode explores some of the challenges presented to Pete as he deals with his mother moving into his small apartment while still navigating his tumultuous work life.

Meredith ‘s mother suffers from early-onset ALZ, and she discovers she has a genetic marker for the disease on the hit series, Grey’s Anatomy.

The wildly popular show Grey’s Anatomy has thrown various obstacles at its title character, Meredith Grey (Ellen Pompeo), including a mother with early-onset Alzheimer’s. However, Grey’s Anatomy also brings up the scientifically important idea of dementia heritability: Meredith discovered in a later episode that she had inherited genetic markers for Alzheimer’s disease.

These hit shows are a prime example of Alzheimer’s and dementia are becoming more well known in America. Alzheimer’s is not just “old timer’s disease”—it is a tangible, medical condition affecting millions of Americans that can now be seen in plethora on prime-time TV and across popular culture.

Alzheimer’s is tragic and it is reaching people on a more personal level as they can identify with these favorite characters experiencing the disease first-hand.

Alzheimer’s and Dementia as a Plot Device

Law & Order SVU has included dementia in the plotline on more than one occasion.

Aside from television shows that explore the experience of Alzheimer’s in their main characters, there are also several series that include Alzheimer’s and dementia in a more peripheral way. Law and Order: SVU is just one of those shows, and they’ve included dementia in the plotline on more than one occasion. In the 2011 episode “Spiraling Down,” guest star Treat Williams plays an ex-football player whose increasingly odd behavior is eventually attributed to symptoms of Alzheimer’s. In a late 2012 episode entitled “Vulnerable,” a character with Alzheimer’s again plays a role—this time, an elderly woman who had been a victim of mistreatment but was unable to provide credible information due to her dementia. The episode also raises the serious issues of nursing home abuse and elder financial exploitation.

The Case of “Raising Hope”: Funny, or in Poor Taste?

Comedies are also still tackling the reality of Alzheimer’s disease, but the jury is still out on whether they are an effective method of raising awareness or simply a means of spreading stereotypes. On the FOX sitcom “Raising Hope,” Cloris Leachman’s character Maw Maw “doesn’t have many lucid moments,” notes the FOX website. “As a result, she often walks around the house without a shirt on and kisses Jimmy, who she thinks is her dead husband, Wilfred.” Confusion, delusions, and a sense of living back in one’s younger days are indeed a reality for many with Alzheimer’s disease. Is it helpful or hurtful to approach the subject comedically? For some, the answer is an unequivocal no—some have even created an online petition, opining that the “Raising Hope” portrayal “is not funny but insensitive and cruel.”

Though not everyone agrees on the effectiveness of specific TV portrayals of dementia, it is clear that we are becoming more aware of Alzheimer’s as a nation—and that in itself is major progress.

How do you feel about television portrayals of Alzheimer’s? Have we missed any good ones? Join the discussion below.