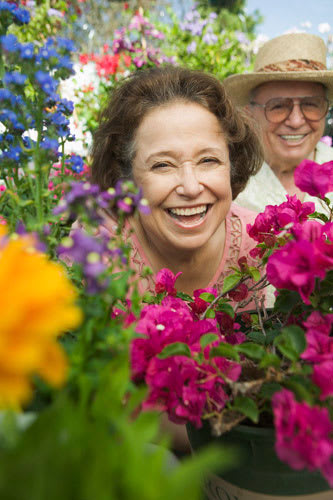 Seniors have love lives, too—and when you’re single and in assisted living, there are some surprising opportunities for romance.

In a senior living community, there are plenty of chances for love.  Does that surprise you? It shouldn’t. Yes, it can be difficult to envision your older loved ones dancing and romancing, but the truth is, assisted living can be a boon to senior singles—when you share a community lifestyle, it’s easy to meet people with similar interests and experiences. Tales of true love in assisted living abound, and we’ve rounded up some favorites to share.

1. From Sharing a Meal to Sharing Their Lives

Harry Smith, age 90, and Mary Wilburn, age 82, met after being assigned to the same dining table at Five Star Senior Living’s Morningside of Gallatin residence. Both widowed, they remained friends for over a year and then decided to tie the knot in December 2012. Harry jokes that it was Morningside’s staff who were responsible for their love: “We were placed at the same table and that is all it took for me!” (Source: Five Star Senior Living)

2. Never Too Old for a Love Letter

Rosalind Greenwald met Albert when she was 95 and he was 91, when they both attended the same bridge lesson at Five Star Premier Residences of Pompano Beach. They began spending every day together, and one day, she wrote him a heartfelt letter detailing all the reasons she loves him, starting with “Because…you smile at me.” He answered with a letter of his own, saying he felt exactly the same way.  (Source: Five Star Senior Living)

Carol Mitchell and Jack Levy of Brookdale Senior Living’s Classic West Palm Beach community didn’t start out looking for love, but Jack was certainly looking at Carol! He admired her exercising in the pool one day as he was sitting nearby and reading, and once they started talking, they found out how much they had in common. They were married in November 2010, and they’re still enjoying the water together—as of right now, they’re on a cruise. (Source: Brookdale Senior Living)

4. A First Dance that Led to Love

Nancy Vizi and Richard Jackson had recently met one morning at breakfast in their residence at Stratford Court of Palm Harbor. That Friday at happy hour, Richard’s brother—a doctor—asked Nancy to dance, but because of a disability, she was afraid she couldn’t. He replied, “Of course you can dance,” and after that first dance, Richard himself asked Nancy to dance. “They have been dancing ever since,” reports the Five Star Senior Living website.

5. Love at First Sight Can Happen at Any Age

Ralph is legally blind, but when he saw Dede walk into the The Court at Palm Aire in Pompano Beach, Florida, he knew there was something special about her. He made sure to meet her as soon as possible—the very next day!—and they’ve been together ever since. Once, when Dede had to stay in the rehab department for a while and couldn’t be with Ralph, she kissed a tissue and printed her lipstick on it to give to him so they could still feel that connection. (Source: Five Star Senior Living)

Frank was shy, Shirley says, but “he was not shy while writing an email”—and the emails flew fast and furious as they got to know each other at the Park Summit community in Coral Springs, Florida. From looking through a telescope at the night sky together to dancing to just talking, they couldn’t get enough of one another, and in 2004, they were married at sea on a cruise. (Source: Five Star Senior Living)

7. Reuniting with an Old Flame

When Dave Kershaw was a WWII soldier, he liberated a starving Polish jeweler from a Nazi camp, and the jeweler offered to make two “pre-engagement” rings from silver dollars for Dave and his girlfriend at home, Jeanne Walker. He got the rings, but they didn’t end up getting married, and their paths diverged. Decades later, Dave’s wife Clara was suffering from Alzheimer’s. As he researched home care options, he learned that Jeanne was widowed, living in a nearby town—and she was a specialist in Alzheimer’s home care. Jeanne began to help Clara and became close friends of both Clara and Dave. They both grieved when Clara died. Later, Dave shared the story of the engagement rings, and eventually, he proposed, giving Jeanne the ring originally made for her. “This was meant to be,” he said. (Source: Philly.com)

8. Moving On with a New Love

Herta and Alvin met each other shortly after both moved into Five Star Premier Residences of Teaneck, New Jersey, and they felt an instant connection. Six months later they exchanged friendship rings, and eventually they got engaged, feeling that “the basis of their relationship is sharing their golden years together.” As Alvin put it, “A new love does not displace an old love. It is a further evolutionary development of life.” (Source: Five Star Senior Living)

9. Picking You Up When You Fall

In the words of Marion, a resident of River Hills West in Pewaukee, Wisconsin: “My husband and I became residents of River Hills West about 6-1/2 years ago. My husband passed away after a short time of being at River Hills West. You can only imagine how it was the saddest day of my life. Then one day out of the blue, an aide came into my room saying that a resident by the name of Bob had fallen, and could I come. My first response was, well, I can’t pick him up. But I went to where he had fallen, and to my surprise….I also had fallen but, IN LOVE with Bob. Love at first sight that day.” (Source: Five Star Senior Living)

10. Unlucky at Cards, Lucky in Love

Al and Sally fell in love at one of Flushing House’s nightly poker games. She played every night, and she had noticed his good looks—but she thought he was too loud and boisterous. He remained patient, even though she had no shortage of male attention from other guys at the poker table. Finally, one night, she followed him home from the game. “She made a right turn. I asked, ‘Where are you going?’ She said, ‘To your apartment.’ And that was it.” (Source: New York Magazine)

11. Art Lovers and the Art of Love

Erwin “Squibb” and Joyce hit it off right away when Joyce moved into the Five Star Premier Residences of Reno, Nevada. At first she played hard to get, but he won her over with attention, flowers, and a diamond ring. They share a love of art—Squibb studied art for years, and Joyce is an accomplished painter—but even more importantly, they enjoy every moment they spend together. (Source: Five Star Senior Living)

Though Paul and Rozella were high school sweethearts, he got drafted, and while he was away overseas, he married an Italian girl. He and Rozella went their separate ways, and eventually, they both lost their spouses and were living alone. Then, in 2008, Rozella heard a familiar voice in the hallway of Rosewalk Commons Senior Living in Lafayette, Indiana. It was Paul, and it didn’t take long for them to reconnect. Even after all those years, she’d kept his ring—and soon enough she began wearing it again. (Source: Five Star Senior Living)

An ABC news article poses this question: “How enforceable is the lifelong contract of marriage for someone who doesn’t remember the marriage?” Former Supreme Court Justice Sandra Day O’Connor had to confront this uncomfortable question head-on. Her husband since 1952, John O’Connor, was suffering from Alzheimer’s disease and couldn’t remember her. In his Phoenix care facility, something happened that may seem shocking: he had fallen in love with someone else. Justice O’Connor faced heartbreak bravely, saying she was happy for him, that he had found happiness. He passed away in 2009. (Source: About.com, ABC World News)

Wesley and Eulalie Watts’ relationship bloomed over the years they attended the same church together. Both live at the Palms of Mt. Pleasant, and since Eulalie doesn’t like driving at night, Wesley would often car pool with her and other church members. One night, while he was dropping her off at home, he found the courage to kiss her—and she kissed him back. The rest is history. As a Deacon of his church, he was thrilled to be able to announce their eventual marriage at the podium, sharing the good news with their friends in the congregation. (Source: Five Star Senior Living)

15. Think You’re Too Old for a Blind Date? Think Again

Rose and Forrest Lunsway of California met on a blind date at a senior center dance in the 1980s—but at that time, she didn’t want to get remarried. At one point she said to him, “I’ll marry you on your 100th birthday.” They stayed a couple that entire time, sharing a love of adventure and the outdoors as well as, of course, dancing. And as Forrest’s 100th birthday drew near, Rose started making plans for the big day, which they shared with 95 guests on March 19, 2011. In fact, because Forrest was 100 and Rose 90 years old, it put them in the running for a Guinness World Record for being the oldest couple to get married. (Source: Today.com)

Have your senior loved ones found romance while in assisted living? Share your love stories with us in the comments below!