What We Can Learn from Senior “Super Brains”

Some seniors don’t experience as much age-related cognitive decline as the average person, and these “SuperAgers” may have a lot to teach us about aging and the brain. 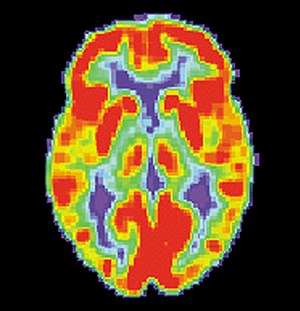 You’ve probably heard of supertasters—people with unusually sensitive taste buds—but SuperAgers? Those exist, too, says Professor Emily Rogalski of the Cognitive Neurology and Alzheimer’s Disease Center at Northwestern University’s Feinberg School of Medicine, and they have a lot to teach us about how aging affects the brain.

While most people will experience some degree of cognitive decline in older age, that’s not true of all seniors: “there are these people over 80 who seem particularly sharp and somehow resist changes in memory when they age,” says Rogalski, lead author of an ongoing study that is looking at the brains of these so-called SuperAgers.

She and her colleagues are hoping to figure out what makes SuperAgers different from typical seniors—and from those with degenerative cognitive diseases such as Alzheimer’s. Such studies might yield important information about the factors involved in age-related mental decline, and suggest new avenues of treatment for seniors who need memory care later in life.

What Happens to the Brain During Older Age?

Generally, when seniors get older, it becomes more difficult to learn new things, and memory and problem-solving functions may be less sharp than before. In biological terms, this corresponds to a loss in neurons; wider sulci, or grooves on the surface of the brain; and reduced brain size and volume, particularly in certain areas of the cerebral cortex.

SuperAgers, on the other hand, showed a much more dense concentration of cells in the cortex than the typical group of 80-year-olds. In fact, the cortical scans of the 12 SuperAgers in the study showed a thickness and density comparable to the 50- and 60-year-olds in the control group. Also, they showed a remarkable robustness in the anterior cingulate cortex, which is associated with attention.

“SuperAgers may have a keen sense of attention, allowing them to focus better, and that supports their memory,” says Rogalski.

There are still a lot of questions to be answered, such as the role of genetics and lifestyle in producing super brains, and what exactly makes SuperAgers’ brains so super, other than the biological differences shown in the brain scans. Rogalski and her associates hope to answer some of these questions by following the group of SuperAgers over a longer period of time.

Sarah J. Stevenson is a writer, artist, editor and graphic designer living in Northern California. Her visual art has been exhibited around California, and her writing has appeared in a variety of web sites and print publications. In addition to writing about older adults, she also writes for younger ones--her first novel for young adults, THE LATTE REBELLION, was published in 2011 by Flux.